Katy Herron on keeping a busy schedule going like clockwork 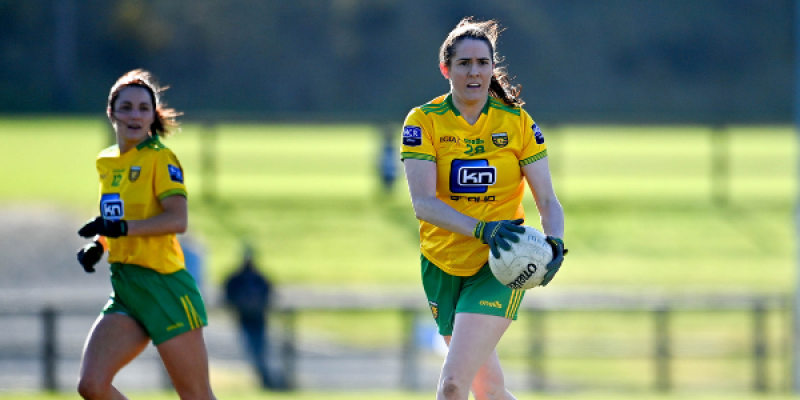 Katy Herron seems like an ultimate example of the old maxim that tells us if we want something done we should ask the busy person.

A maths and PE teacher at Holy Cross College in Strabane, Herron has been a mainstay of the Donegal senior ladies team for well over a decade now.

Herron managed to take a career break a couple of years ago and spent a few months as a professional Australian Rules player with Western Bulldogs and last year completed a Masters in Sports Performance at Letterkenny Institute of Technology.

A running joke with some of her Donegal team-mates last summer about a vacancy at LyIT’s women’s Gaelic football team suddenly became a real scenario.

This Friday, Herron, the manager, leads the LyIT team into the Moynihan Cup final against MTU at DCU (throw-in 4pm).

The Glenfin woman somehow managed to find the time to take on the role of video analyst for Kilcoo. The County Down side, managed by former Donegal boss Mickey Moran, won the All-Ireland Club SFC last month.

“I probably bit off more than I could chew this year and there were some tough enough times, but I’m out the other end of it now. There were two months there that were pretty stressful, but I managed grand.

“The training days don’t overlap with the county training. I know one is coming to an end as the other is kicking off so it’s not too much of an issue. I just have to be organised.”

This is her first dip into a management role, but it’s clear from her paths of late that she has her mind turned to matters beyond her own playing career. 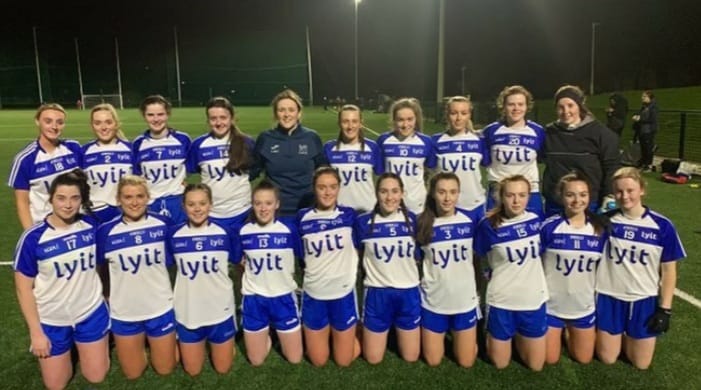 After completing a Masters, which had video analysis as one of the modules, a chance arose with Kilcoo.

“I was always going to find the time to do that,” she says. “That was a massive opportunity. I have a huge interest in the analysis and after the experience of the Masters, it was always something I wanted to do.

“With the set-up that Kilcoo have, I couldn’t not do that. It was a huge learning experience. And with winning the All-Ireland club, it worked well for my first go at it!”

As well as providing live stats during games, Herron would provide the analysis to Kilcoo’s management of their own games and those of the opposition.

“It was pretty full on,” she says. “There was a lot of work in between match days. The boys are very meticulous. It was intense, but it was definitely very enjoyable.”

Herron has been teaching for nine years now.

Sport has been a massive part of her life.

“It is my life,” she adds. “It’s something that I’ve always been involved in and if an opportunity comes up in sport and it’s right, I couldn’t turn it down. It was brilliant to get the Masters. It sort of fell into my lap and it was in Letterkenny, which was just brilliant because I’d never have gone down the country to do that.”

Herron spoke to Michael Murphy, the Head of Sport at LyIT, about the vacancy last summer. Soon, she was installed and a busy woman suddenly had herself another big role.

“I’m enjoying it,” she says. “College football is different. It’s a funny one because you can’t have a full commitment and the playing group changes at times. Coming from a county set-up, where players are just always there, that’s different.

“It’s been that long since I’ve been at college myself. I had to realise that a lot of players come to play football in college for a social aspect. You have to adapt your approach for that.

“We have a core group there who play at a high level and we’ve had those all the time.”

In their semi-final, LyIT defeated UCC 2-9 to 2-7 with Nadine Friel and Emma How netting the goals.

“I thought this would be a good start for me in coaching,” she says. “It’s gone well. Michael was great when I came in; he had taken on a coaching role like this himself.

“I’m teaching in secondary school and I’ve been involved in a lot of sport so it probably made sense. I just try to get wee bits done after school and make use of any wee half-an-hour there is.”