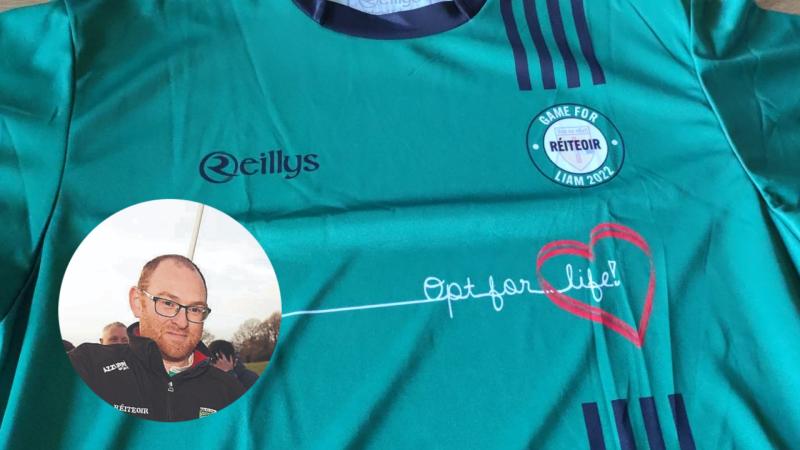 The Opt for Life jersey that will be worn by the Referees' team the charity match and inset, Marc Brown

“If you want to get a slap at a referee, then this is your chance,” laughs Four Masters official Marc Brown ahead of a charity evening in Donegal town in memory of his late father next month.

Four Masters’ Tir Conaill Park will play host to a challenge match between the Referees and a Four Masters Invitational Select, where a few legends of Donegal football, whether from the club or inter-county scene down the years, will be lining out.

The match throws in at 7pm on Friday, April 1, with a table quiz to follow at Dom’s Pier 1 at 9:30pm sharp. All monies raised will be given to the Bluestack Special Needs Foundation and Donegal Community Hospital. 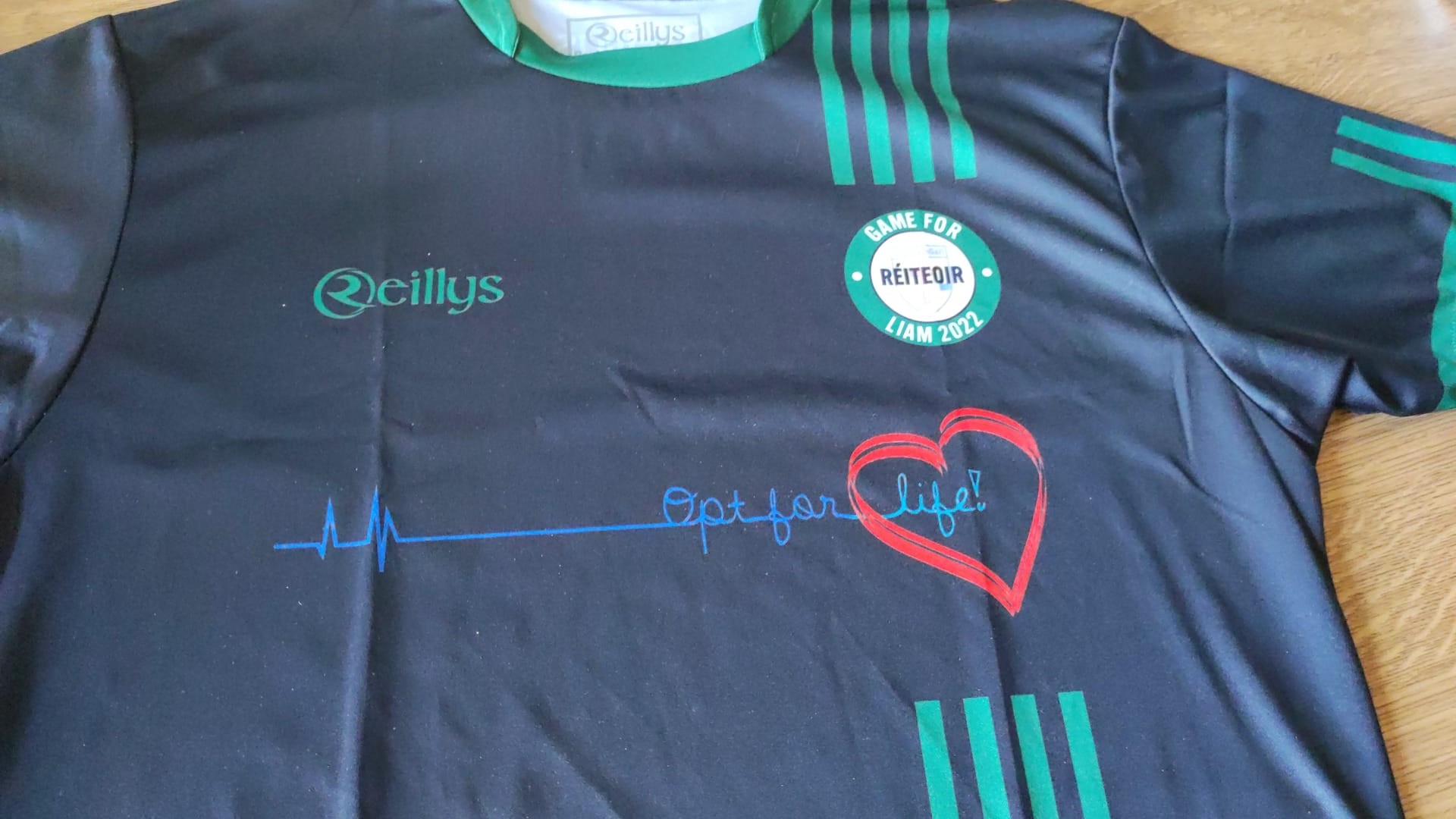 Both teams on the night will wear jerseys from O’Reilly’s with the logo for 'Opt for Life,' an organisation set up to promote organ donation. Opt for Life's aim is to put in place a state of the art organ donation system in Ireland, and former Derry footballer and GAA analyst Joe Brolly became a figurehead for the charity since donating a kidney to fellow club coach Shane Finnegan in 2017.

“It’s a bit of fun more than anything with some great charities who do great work here,” Marc Brown, who is available on 0873523423 told DonegalLive. “Anyone who would like to get in touch, please do, whether it be in relation to the football match, the table quiz or the charity. If you want to get a slap at a referee then this is your chance and who knows, there’s even a jersey here for a certain Joe Brolly if he’s interested!”.