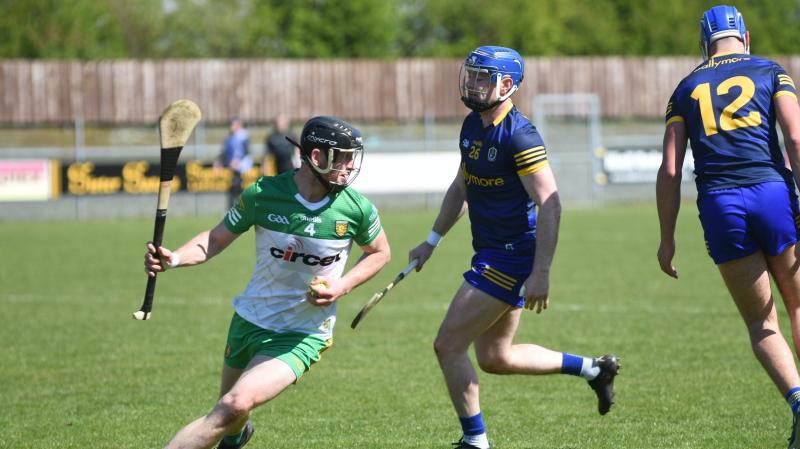 Gavin Browne of Donegal in possession against Roscommon in the Nickey Rackard Cup. Photos Geraldine Diver

A smashing late goal from Donegal captain Ronan McDermott in the 72nd minute put the seal on a truly entertaining Nickey Rackard Cup at a sunny O’Donnell Park in Letterkenny.

It looked like Roscommon had snatched the win from underneath Donegal’s noses when second half sub Adam Donnelly blasted the sliotar to the net in the 70th minute to put the visitors in front, 3-16 to 0-22.

But there was one last kick in the home side as they surged downfield to snatch a late equaliser in a game they dominated for long periods after deservedly leading by 0-12 to 0-8 at the break.

And they looked set for victory when full-forward Ritchie Ryan exploded into life in the final quarter and spurred the home side to a 0-21 to 1-13 with about 10 minutes to go as Donegal hit five unanswered points.

But 14-man Roscommon, who lost corner-back Cormac Coyle to a straight red card, won a penalty which was converted by their  wing-forward Daniel Glynn.

That left just two points between the sides and the inevitable Glynn levelled matters to leave the score at Roscommon 2-16 and Donegal 0-22-before that final frenetic finish. 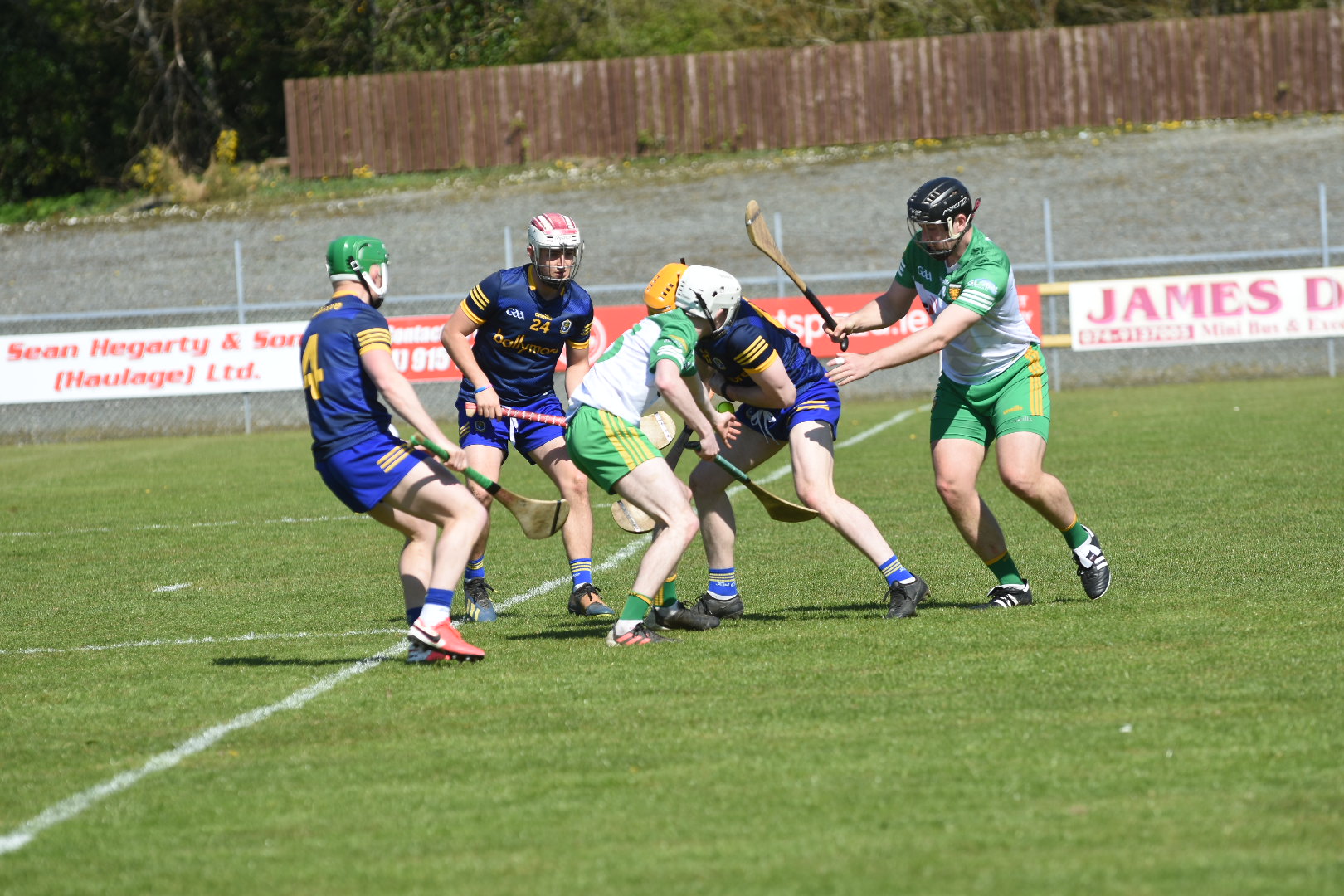 Donegal played into the breeze but had a sparkling start after Davin Flynn had a brilliant solo run and found Daire O’Maoileidigh who struck a superb point from the side-line.

That was the first of three rapid points from the Dublin native as Donegal looked to be the more composed side.

O’Maoileidigh and Declan Coulter pushed the home side into a 0-3 to 0-0 lead by the fifth minute with Cathal Dolan getting the Rossies off the mark in the sixth minute.

That set the scene for some excellent long- range points for both teams with Flynn and O’Maoileidigh tacking on two more scores.

Seven points separated the Inishowen neighbours at the Scarvey

Donegal were having major problems with Daniel Glynn and he hit 0-5 in the first 25 minutes while Donegal replied through Jack O’Loughlin, Ruairi Campbell - who was making his senior championship debut - and McDermott as they led by 0-9 to 0-6 after 25 minutes.

But they could have been much further in front had not Roscommon keeper Enda Lawless superbly smothered a Ronan McDermott point blank effort three minutes from the break.

However, the home side were well worth their half time lead of 0-12 to 0-8 after playing very well against the breeze. Glynn opened the scoring for the Rossies on the resumption, but this was cancelled by McDermott to set the pattern for a frenetic second half.

Clare native Eoin Fitzgerald scrambled a goal for the visitors to leave the home side leading by 0-14 to 1-9 after 45 minutes. Ryan came into the game for Donegal as Roscommon lost Coyle to a red card as Donegal hit five unanswered points to lead by 0-22 to 1-13.

But the Rossies won a penalty as Donegal’s full-back Stephen Gillespie was black-carded. The home side failed to score for the final ten minutes before McDermott’s late strike levelled matters to seal a richly entertaining affair. 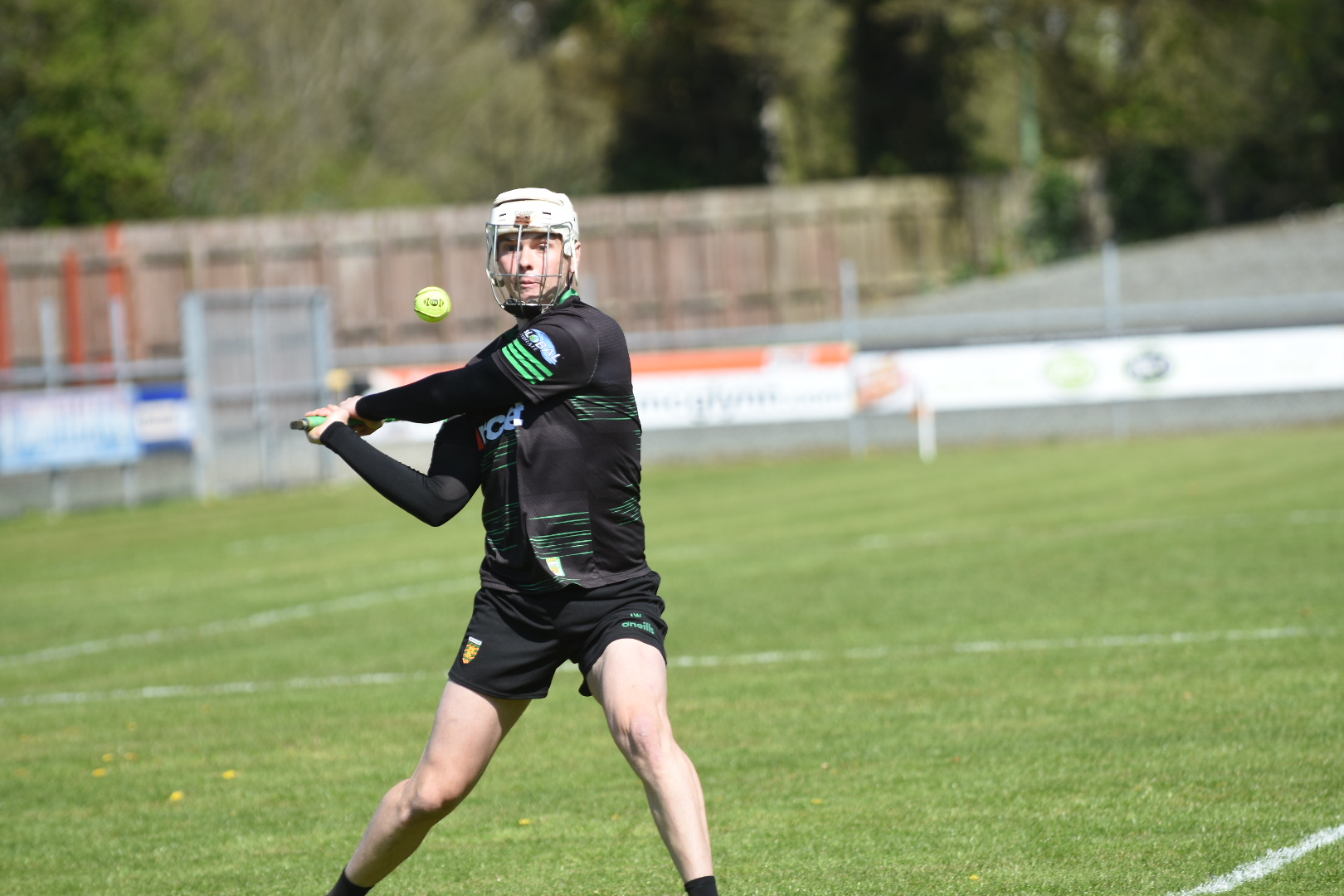