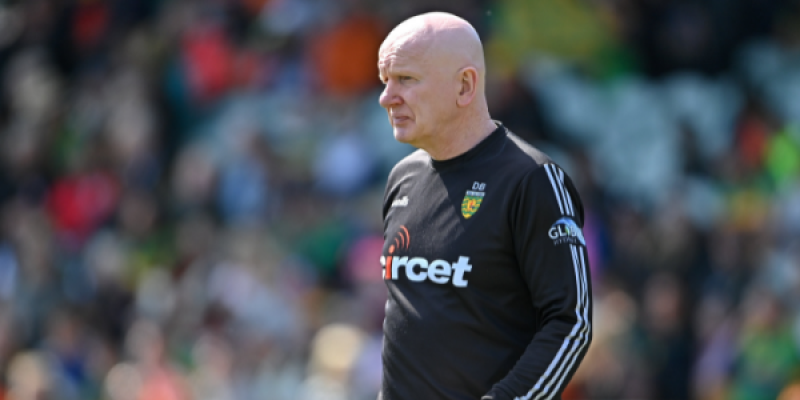 The Donegal manager was speaking in the wake of his side’s 1-16 to 0-12 win over Armagh in the Ulster SFC.

Armagh had Rian O’Neill, Aidan Nugent and Stefan Campbell all available for the trip to Ballybofey. Armagh successfully appealed against suspensions for the trio following a melee at the end of last month’s League clash with Donegal.

Donegal were minus Neil McGee and Odhrán McFadden-Ferry having opted not to lodge appeals.

“Yeah, surprised, but listen, in terms of the CAC, there’s a lot of questions to be answered because that whole appeals committee is an absolute farce, to be quite honest,” Bonner said.

Donegal turn it on to ease past Armagh with impressive showing

“Not that we dwelt too much on it, we did the job we had to do.

“We didn’t talk a lot about it,” McHugh said.

“We just focussed on our game. It was disappointing for Neil and Odhrán to miss out, especially the way it went with the Armagh boys getting off. We won the match and that’s the main thing. We try, as players, to leave that other stuff to the officials.”

After an indifferent League campaign, Donegal flexed their muscle in a comfortable win over Armagh to move into the Ulster semi-finals.

McHugh says Donegal had always prepared to face Armagh at their strongest.

He said: “We planned all along that they would have their players. We felt that we had the match-ups to pick them up. It was no shock when they got off and were available. It didn’t change us one bit. We like to focus on ourselves as much as possible.”

The Armagh manager Kieran McGeeney, or indeed anyone from the Orchard squad, did not speak to the media afterwards.