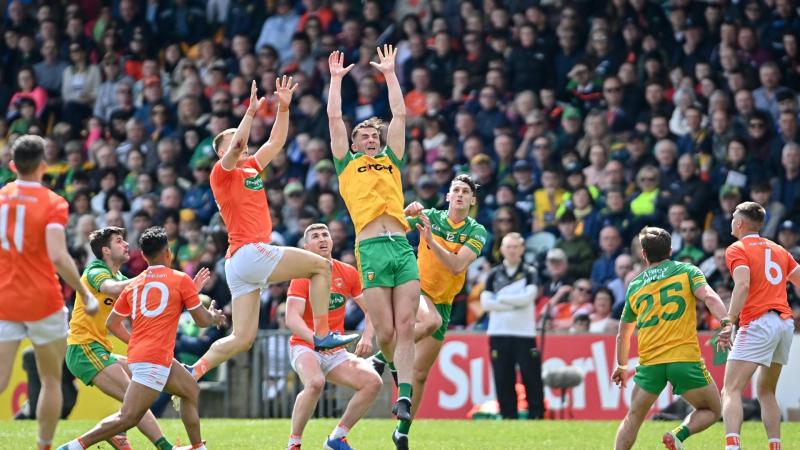 Jason McGee put in a fantastic showing at midfield for Donegal on Sunday in their Ulster SFC quarter-final win over Amagh.

The Cloughaneely clubman played a significant part in his side's 1-16 to 0-12 win over the team managed by Kieran McGeeney, winning no fewer than eight kick-outs during his 51 minutes on the field, before having to be replaced with a foot problem.

The injury did not look too distressing and McGee is expected to be fit for Sunday week's semi-final against Cavan in Clones. Twenty-four-year-old McGee made his championship debut in 2017 against Antrim.Check out his figures below, from @performasports 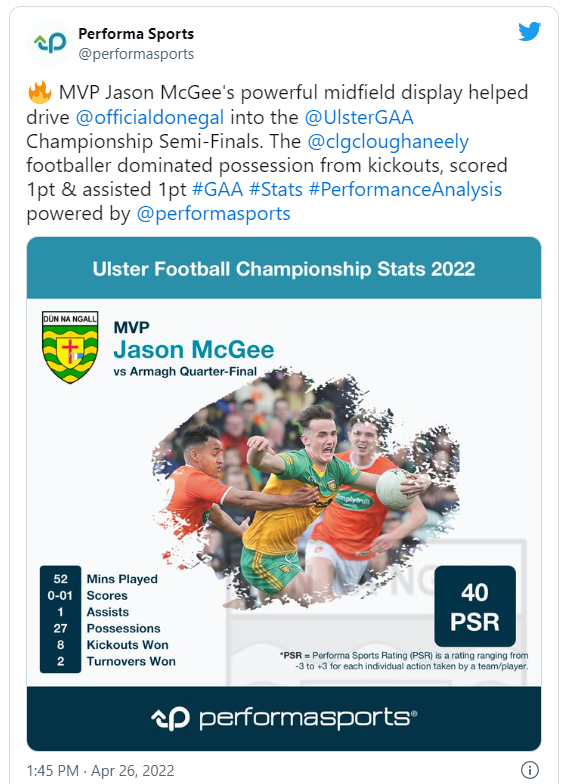