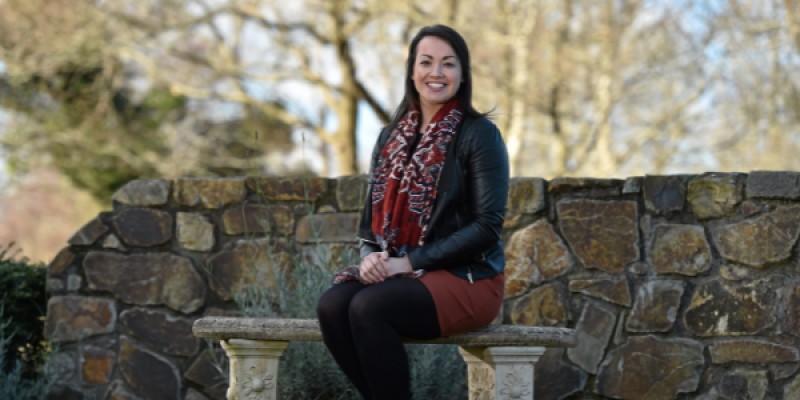 Nicole McLaughlin was speaking about morality to a group of students this week.

Another day, with a class of first years, her teaching centred Martin Luther and the Reformation.

A teacher at Loreto Secondary School, religion is the Termon woman’s primary subject.

“It’s not what everyone assumes it is,” McLaughlin tells Donegal Live.

“I always knew that I wanted to teach, I just wasn’t sure what subjects.”

Religious teaching has changed utterly in the last decade.

Talk of football - with McLaughlin on the cusp of her 100th appearance for the Donegal senior ladies - goes off on a momentary tangent.

“It’s brilliant because everyone gets understanding of each other’s beliefs and thoughts,” she explains.

“I was talking today about morality and what makes a good person: ‘Why do you think people are good even though they maybe don’t follow a religion?’

“The other day we spoke about philosophers like Socrates, Plato.

“It’s all about how the world works - and why.”

A lesson about crime and punishment saw McLaughlin tell the story of the Peru Two, including Michaella McCollum from Dungannon in County Tyrone. McCollum and Scottish woman Melissa Reid were sentenced to six years in a Peru jail after being caught smuggling drugs in 2013.

“It was all about decisions: ‘What decision did she make?’ Where is she and what happened her?’

McLaughlin has played 98 times for Donegal since 2012 when, as a raw 17-year-old, Micheál Naughton handed her a debut against Meath in Convoy.

She has helped backbone Donegal’s most successful spell.

Such was her early impact, McLaughlin was named as Donegal’s Player of the Year in 2012.

Save for a summer in the United States in 2016, the powerful McLaughlin has been a real lynchpin for Donegal. Ulster titles in 2015, 2017, 2018 and 2019 have been won and there was that epic voyage to an All-Ireland senior club crown with Termon in 2014.

In 2019, McLaughlin was named on the Donegal Yearbook Team of the Decade 2019.

“It’s all about the next game, just about doing better and getting better,” she says.

“As a team, we want to do better and be better. We’re competitive at training and we’re pushing each other on. Competition brings out the best in people.

“You have to be at your best every night at training. Our training is serious. That’s the way it has to be. Look at the forwards in our team; you can’t not be at your best because they’re phenomenal.”

Her sister, Geraldine, tends to grab more headlines and Nicole would be quite content to stay out of the limelight.

Geraldine was an All-Star winner - eventually - last year and has been one of the country’s top forwards since bursting onto the scene.

The sisters push each other to their limits.

“I have been so lucky to have someone like Geraldine,” Nicole says.

“No way I’d be the player I am without having her always there. Not even marking her, you wouldn’t believe how smart she is. She is just such a team player. She will say something to you like: ‘Why didn’t you do this’ or: ‘You can do that’.

“I really would not be the player I am without Geraldine. At Termon training, I’ve always had to mark her. At county training, I’d be on her sometimes. Marking someone like Geraldine will make you better. There are very few players out there as good as she is.”

Donegal face Cavan in the Ulster semi-final on Sunday week. The curtain-raiser to the men’s Ulster semi, also against Cavan, is likely to represent McLaughlin’s 99th appearance in the Donegal senior shirt.

It has felt a whirlwind journey to get to this point.

Last winter felt in some ways uncertain, but Maxi Curran remained as manager, adding the likes of Mark McHugh, Barney Curran and Paul Fisher to his backroom. The squad, too, was refreshed. The upshot was an appearance in the Division 1 final at Croke Park last month.

While a 2-8 to 1-9 defeat by Meath, the defending All-Ireland champions, offered Donegal optimism for the road ahead, McLaughlin speaks with real experience.

“Championship football is so, so much different,” McLaughlin says.

“You can’t get carried away early. We did have a good League and it was good to get the extra games, but we aren’t naive enough to think automatically that we’re alright now. There is so much more that we can do and we can get so much better.”