Donegal's All-Ireland winning manager Brian McEniff looks ahead to Donegal's big game with Cavan as well as the ladies, minors and hurlers 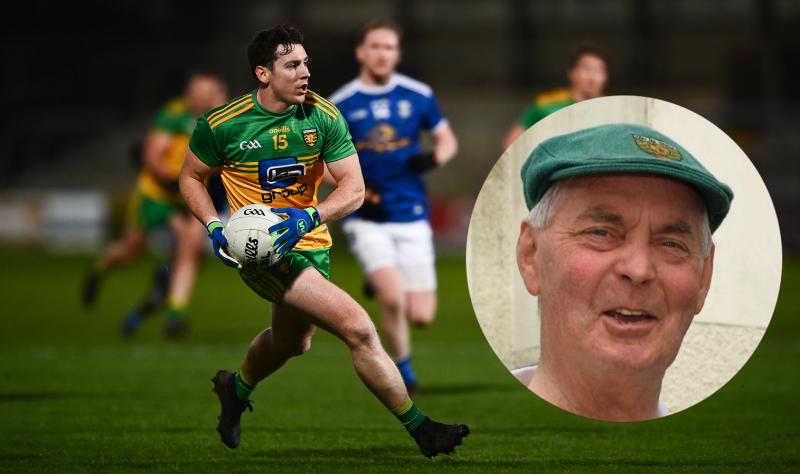 It's a big weekend for Donegal teams with the seniors, minors, hurlers and ladies all having very important games.
The seniors take on Cavan in the Ulster semi-final on Sunday in Clones and it's a game we just can't take for granted. We were made to pay the last time. I know that Cavan were operating in Division 4 this year, but they blew Antrim away in the quarter-final, winning very, very easily.

They have a lot of experienced players and they will have no fear of Donegal. That is the make-up of Cavan people.
In saying that, we have team enough to take us through, provided we step up to the plate. We produced a very good second half against Armagh, but in hindsight, how really good were Armagh. They were back training ahead of everyone else and had a great start to the league.

But when it was put up to them in MacCumhaill Park, they were not fit to respond.

As far as I know we will be playing with the full deck, apart from the MacCumhaill's man, Oisin Gallen. That should leave us in good stead. It is not a 15-man game anymore and it is good to have a strong bench. You have to allow for injuries and for players having an off day.

We have to take the game to them from the off. We can give them respect but we have to be up for the challenge.
I would be hoping there will be a big Donegal turnout for the game, especially with the Ladies on beforehand. I have my ticket booked and I'm really looking forward to the day.

It won't be easy. They will put is up to us but we have to respond. We cannot sit back, we will have to make it happen.
It would be great to be back in an Ulster final; that's the prize. It is only two years since we were there but it seems a long time. We were so used to being there. But you can't take anything for granted.

Reflecting back on last weekend and the Tyrone-Derry game, it was quite a surprise that Derry won so easily. We knew Derry were preparing for that match for some time back, but Tyrone were very flat. They didn't really come up to the plate at all, very, very disappointing.

Fair play to Rory Gallagher, he had Derry well prepared, well coached and well up for the game. There was some stupidity shown by the Tyrone midfielder to get sent off, but I don't think they would have won the game anyway. He might have got away with that 40 years ago but not now. Also it was the second time that Conor McKenna was sent off and with the game well gone, there was no need for it.

Discipline is a most important thing and we can learn from that. It is important that we keep our discipline on Sunday and not react.

Hopefully, as I said, we will have a big crowd and we can carry the day. It would give the county a great lift.
I want to wish Declan, the management and players all the best. We're hoping for another big performance and a step up from the Armagh match.

Of the other games last weekend, the most impressive display came from Kildare who blew Louth away. I thought that Louth might have put up a better show. Kildare were unlucky during the league and could have easily won in Omagh and Ballybofey.

'Ready to go': Donegal close to full-strength for Cavan


The Ladies are playing in the curtain-raiser in Clones and it would be a great start to the day with a Donegal win. The best of luck to Maxi and the team.

The minors have a good test on Saturday when they travel to Owenbeg to take on Derry. It is nice to see young players coming along; the U-20s did well this year and we will be looking out how Tyrone represent the province when they meet Kerry at the weekend in the All-Ireland semi-final.
Best of luck to Luke Barrett and the minors.

And finally Mickey McCann and his Donegal hurlers have a nice trip overseas this weekend when they take on Warwickshire in Birmingham. I'm sure they will be travelling with some confidence and they are wished luck also.

At home we have Round 5 of the All-County League fixtures on Saturday night and the leagues are progressing well.
Finally, this week, a message of sympathy to the late John Murrin of Killybegs, a great Gael, who passed away a few weeks ago. John was well-known, especially for his role as an umpire for Jimmy White. May he rest in peace.