Donegal quartet chosen in gaa.ie Football Team of the Week 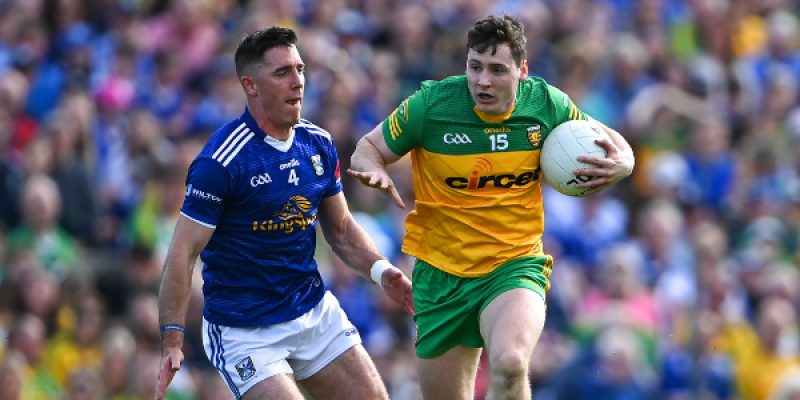 Jamie Brennan on the attack for Donegal against Cavan. Photo: Sportsfile

Four Donegal players have been selected in the gaa.ie Football Team of the Week.

Late goals by Conor O’Donnell and Patrick McBrearty earned Donegal a place in the Ulster SFC final thanks to a 2-16 to 0-16 win over Cavan in Clones.

Donegal goalkeeper Shaun Patton has been picked in the Team of the Week.

Second half goals enough to see Donegal into Ulster final

Stephen McMenamin is chosen at corner-back while Eoghan Bán Gallagher makes it at centre-back.

Jamie Brennan, who scored four points, is selected at corner-forward.

Players from five different counties make this week's #GAA Football Team of the Week. Agree or disagree with our selection? Let us know! #GAABelong

There are also four players from Galway, with three from Kerry and two from Cork.