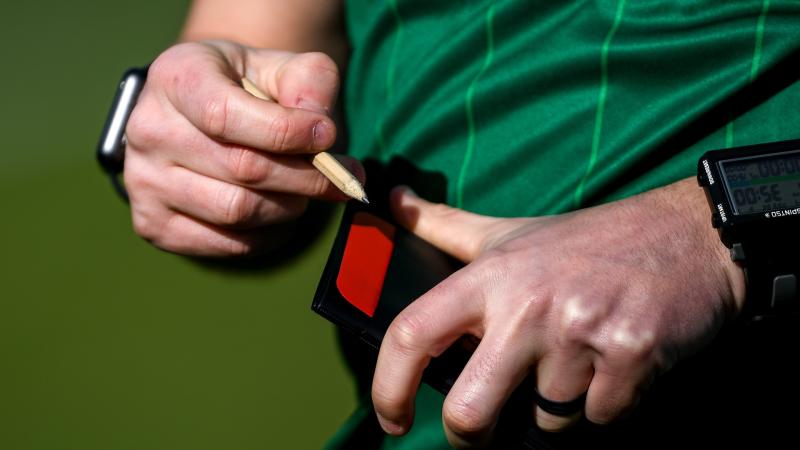 Donegal GAA officials are expected to investigate the circumstances surrounding the abandonment of an underage match in the county.

The game on Monday night in the Southern U-15 Division 2 League between Four Masters and Naomh Muire in Tir Chonaill Park
was abandoned with 15 minutes to go following what was described as “a flare-up among a number of players.”

It is believed the melee broke out after two Naomh Muire players were shown red cards by referee Declan Callaghan. The matter is now in the hands of the secretary of the Coiste na nÓg Jim Quinn, who also doubles as Donegal underage discipline secretary. It is understood Four Masters were leading the game when it was abandoned.

The Coiste na nÓg will decide to either adopt the referees report or whether it will investigate the incident further before imposing sanctions.