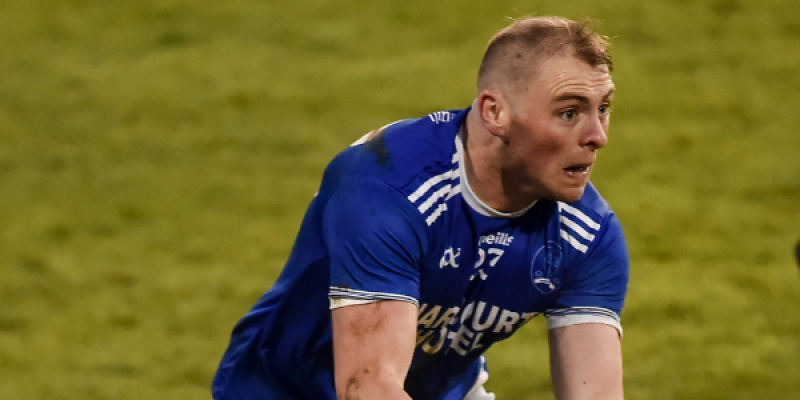 Chris McNulty at The Burn Road

Naomh Conaill hit four late points to finally pull away from Termon at The Burn Road on Saturday evening.

There were just two points between them when Eoin Doherty curled over a superb free four minutes from the end.

Patrick McDaid netted a goal in closing moments of the first half and it kept Termon on the Naomh Conaill coattails.

Naomh Conaill were rocked when Termon goaled in the 27th minute.

Jack Alcorn and Oisin Cassidy were involved and after Stephen McGrath saved from Doherty, McDaid tucked home to put Termon 1-3 to 0-5 in front.

Termon, without a win in four, arrived with their squad decimated by injury, manager Francie Friel noted that up to 13 players were unavailable for this one.

Ricky Gallagher took only nine seconds before opening the scoring, but Naomh Conaill edged ahead when Nathan Byrne arrowed over with the outside of his left foot.

Byrne’s superb point from the right was Naomh Conaill’s third in a row as Martin Regan’s men found their way.

McDaid’s goal shook Naomh Conaill back to life. John O’Malley tied it up from a free before restoring the lead and a booming Byrne effort from distance had two between them.

Termon went to the interval just a point in arrears when James McSharry polished off a well-worked move from the hosts.

Paul McGuinness scored twice as Naomh Conaill opened up a four-point lead midway through part two and, while Doherty’s brilliant scores made it a fight to the finish, Naomh Conaill maintained their unbeaten start in claiming a fifth win from six outings.