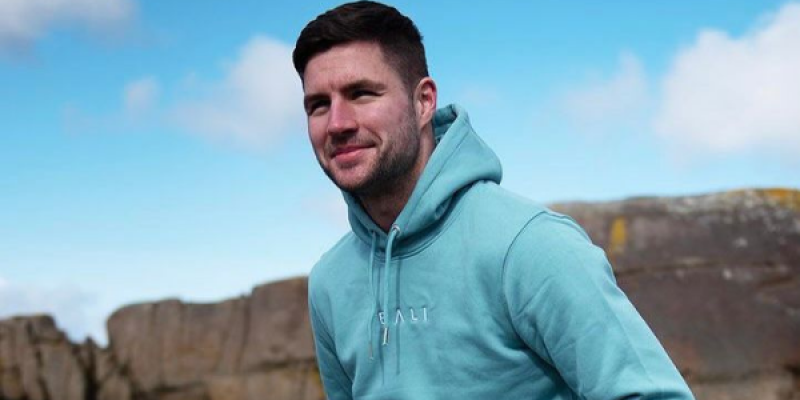 Eliud Kipchoge's name wouldn’t stir many of those packed into St Tiernach’s Park in Clones on Sunday.

Clones is as far removed from Eldoret as you could get.

Eldoret, in western Kenya, is home to Kipchoge, the greatest marathoner who has ever lived.

He has 20 major medals to his name, including the last two Olympic Games men’s marathons.

“Rejecting that flashy life is giving me more time to concentrate and be the person I need to be,” he said in an interview last year.

Before Donegal’s Ulster quarter-final against Armagh, full-back Brendan McCole took the hit for the team and did a ‘One Minute With’ segment for the match programme.

He prefers Instagram to Snapchat, his home club’s pitch is his favourite, Michael Murphy is the best player he’s ever played with . . .

Yet there was one striking answer. The sporting hero McCole most admires? Kipchoge, with his nine World Marathon Majors gold medals.

New York-born McCole relocated back to Ireland when he was nine. His father, Donie, won an All-Ireland Under-21 with Donegal in 1982 - the county’s first All-Ireland success at any grade - and they made home in Mountcharles.

There was a chastening experience in the 2019 Division 2 final against Meath. Called ashore after only 13 minutes, with McGee heading in the other direction, McCole could have put the head down and disappeared. He has become a formidable presence in the jersey this year and was man of the match in that win over Armagh after impressively shackling Rian O’Neill.

He’s had the likes of Ciaran Kilkenny and Paddy Lynch for company in 2022 and Shane McGuigan could be next in Sunday’s Ulster final.

McCole has had to bide his time and be patient.

“I didn't expect to be thrown into the deep end and knew that was a lot of learning to be done and that's something I expected,” he says.

“To be honest I was happy to be getting any game-time that I was, I knew Neil was going to be coming back.

“Neil still is one of the best and one of the most intimidating full backs and he brings that edge. If he was coming into the team I was more than happy, it's something the management thought needed to be done and if that's the case I'm not going to argue.”

McCole says: “He was a brilliant defender in his heyday. It's a bit like Neil; when you have a great player about you're always going to listen to what they have to say.

“If he speaks you listen, he's been there and done that. If he or Neil offer advice, I'm always going to take it on.

“If Neil offers advice you're going to listen to him because he's one of the best to ever do it, he knows what it takes to get results and to take men out of the game so if he says something it's normally going to be along the right lines.”

McCole is working in business development with O’Reilly’s Sports, a Ballybofey-based company co-founded by his former county team-mate Martin O’Reilly.

Although Donegal will line out in the Ulster final for the 10th time in 12 years when they face Derry on Sunday, McCole has yet to play in a winning senior decider.

He says: “There's always going to be room for improvement and things each player can improve on.

“There's always things we as a group can improve on, I'd definitely like to improve on a few things myself and that would help the team as a whole.”

He was barely in double digits when Donegal won Sam Maguire in 2012. St Naul’s clubman Stephen Griffin was on that panel and the bright-eyed McCole watched up as he brought the silverware into Mountcharles.

He says: “When you see Sam Maguire coming into your own clubhouse, that might have been the time things switched and I realised it was a possibility.

“To be honest I was probably a bit too young, probably my first experience of seeing Donegal do well, but it was unbelievable to see how much it meant to the people of Donegal.

"I don't think anyone in the team takes for granted, we all know how important football is to Donegal, that's something we take great pride in.”