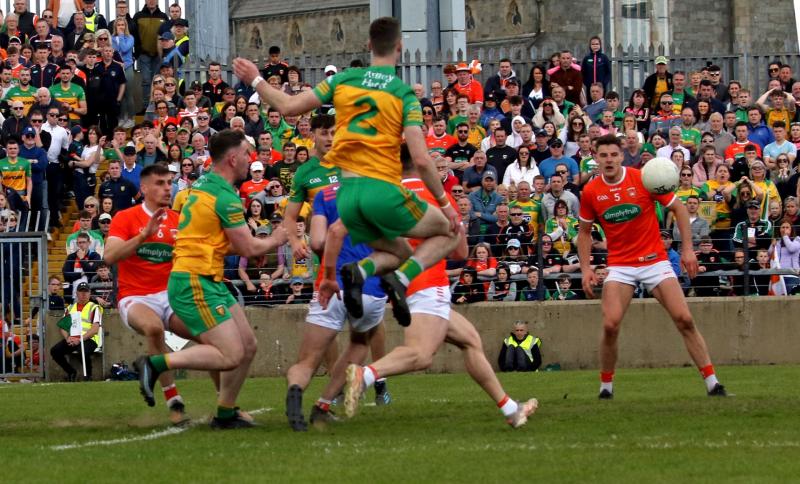 The GAA’s Central Competitions Controls Committee (CCCC) has confirmed the arrangements for this weekend’s round 2 qualifiers.

Donegal will meet Armagh at St Tiernach’s Park in Clones on Sunday at 4pm.

It will be the second time for Donegal and Armagh to clash in Championship action this year.

Donegal defeated Armagh at Sean MacCumhaill Park in the Ulster quarter-final in April when a Patrick McBrearty goal helped to seal a 1-16 to 0-12 victory.

Donegal are in the qualifiers following their defeat by Derry in the Ulster final.

Armagh dumped defending All-Ireland champions Tyrone from this year’s race for Sam Maguire when winning 1-16 to 1-10 at the Athletic Grounds on Sunday.

Croke Park will host a Saturday double-header with Clare facing Roscommon at 3.45pm and Mayo taking on Kildare at 6pm. Both of those games will be shown on Sky Sports.

The other qualifier, between Cork and Limerick, will be played at Páirc Uí Chaoimh on Sunday at 1.30pm.

RTE are set to screen the two Sunday qualifiers.