MAC'S VIEW: Donegal have to regroup and freshen things up for next year

Donegal's All-Ireland winning manager, Brian McEniff says there is no need to panic but new blood will be needed after loss to Armagh 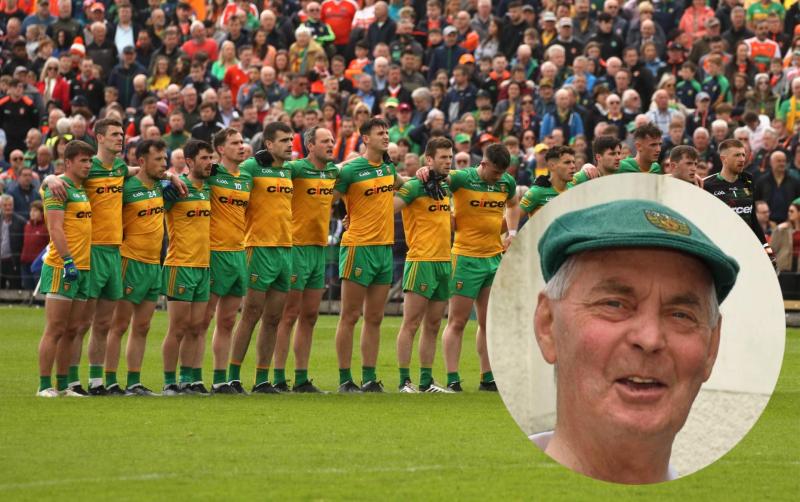 It was a disappointing end on Sunday, especially after we played some of our best ever football in the first 20 minutes, after they had got a 10-second goal. We seemed to be well in the game and well in charge.

But they were gradually getting back into the contest and kicked a few points to get to 1-5 and just a point behind.

The two short kick-outs then turned the game. The first could have led to a goal but for a great save on the line for a '45', which they kicked and levelled. Then came the second and it led to the penalty and the black card.

They kicked three points on the spin to take a hold on the game and they were expensive mistakes all round. The second half, we never really got into it again.

We lost both throw-ins and conceded a goal from the first and a point from the second. Fair play to Armagh, they developed in the six week period after we beat them in Ballybofey. They were a well oiled machine and Rian O'Neill at full-forward is quite a player. He played out the pitch and had one of those days footballers dream about, everything that he touched turned to gold.

Others like Stefan 'Soupy' Campbell were again dominant and between him and the two midfielders, they took over that midfield area. But the short kick-outs were critical.

A lot of our players didn't come up to the mark. Stephen McMenamin was dropped, I don't know the story behind it if he was injured, but it was disruptive to our full-back line.

The midfield area collapsed and their midfielder Sheridan got in for the third goal which really put our bulb out. O'Neill was involved in that move and also the other midfielder Crealey. Jarlath Og Burns had a massive game for them at half-back and Rory Grugan is a good player. Their centre-half McCabe was also very good on the day.

But the bottom line is we haven't played well over the last number of games, only snatches of football. The first 20 minutes on Sunday we showed great spirit. We were giving good ball into Murphy and he had the full-back line unhinged.

But it is what it is. We have to go back to porridge and club football. We need to take a look at our U-20 team and how they fare throughout the club championship this year.

When you reflect back on it, I was not greatly surprised. They took hunger out of the defeat in Ballybofey, worked hard. They had a good win over Tyrone and then ourselves. They were well worthy of the win.

The third goal made it a big defeat and we had just two wides in the second half. We tried to lob in high balls which was desparation measures. We would have been better taking our points.

As for the future, the important thing is not to panic. We have to take time to reflect. Hasty decisions can be regretted.

Some players need plenty of rest; others need a lot of football.

There is also a disconnection between the supporters and the team and Donegal did not travel too well this year. We had maybe 8,000 at the Ulster final and it was down to 4,000 last week. The expectation was they were not going to win.

We were unfortunate with the two kick-outs, but what led to them was we lost the two before that went long. They had taken over the middle third of the pitch. But then it is easy to be wise afterwards.

Declan (Bonner) still has year to do. If he is staying on he has to freshen up the whole backroom table. There are good people out there. Rory Kavanagh has been involved with St Eunan's, Karl Lacey has been there before; Eamonn McGee has been there at U-20 level. These are people who could get involved.

It's a big job. Gaelic football is being run professionally and you're expected to be a professional manager. It is very easy to come down on people like a ton of bricks.

There are some good young lads emerging like Shane O'Donnell; I thought he scored three but it was four. And young Aaron Doherty also did well. Then there are the two MacCumhaill's lads, Oisin Gallen and Joel Bradley Walsh. I was talking to his grandfather, John, on Sunday.

We have to get a few more players in to freshen things up.

We have two months for Declan to make up his mind. Whatever happens we need to have the decision made and a manager should be in place for club championship.

That will give Declan his time to make up his mind. He has given sterling service to the county, a wealth of experience. He has five years done and that is a brave term, getting to four Ulster finals. And overall we have had lots of joy over the last 12 years and I hope we can look forward to good times again.

I want to wish both Derry and Armagh all the best and they could meet in the semi-final and that would mean an Ulster team in the All-Ireland final.

The Ladies scraped through against Waterfored. I got to see the second half and I felt Waterford were aggressive enough. It was a good wake up call for the ladies. They were very good against Cavan in the Ulster championship but then bit the dust against Armagh. They have regrouped.

They are going to have to work harder. They play Cork this weekend and they are a good side. We have the footballers to give them a game. I was there that day in Tuam at the club final eight yearas ago when Termon defeated the Cork champions

It is good that the ladies are still in there; it gives us something to look forward to.