Setanta prove too hot to handle for Burt in Donegal SHC 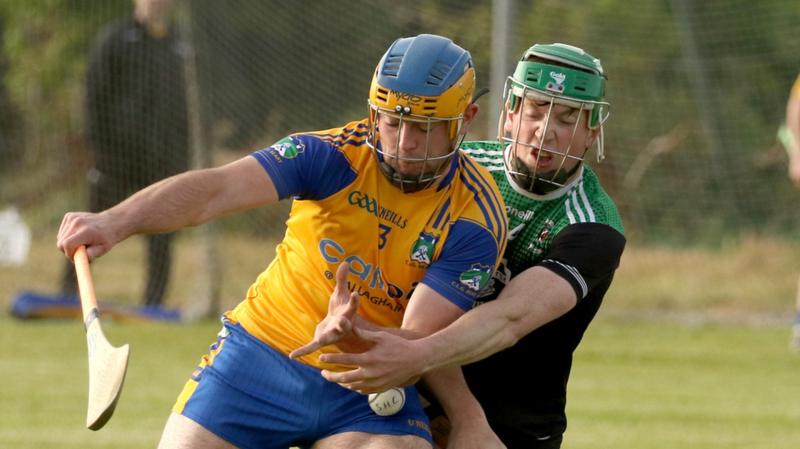 Gerry McLaughlin at the Cross

Setanta are clearly men on a mission as they dismantled a youthful, game but eventually outgunned 14-man Burt at Crossroads in the Donegal SHC.

A minute’s silence was perfectly observed for the late, great Eamon Campbell of Setanta and this was a real battle for about 35 minutes. But three second half goals from the hosts who were playing up the slope and into a cold win effectively decided this high-quality affair.

The whirling Gerry Gilmore struck for Setanta’s first goal when he tore through the Burt defence and rocketed the sliotar to the Inishowen men’s net in the 34th minute. Gilmore’s great strike put the home side into a 1-9 to 0-7 lead after they turned over leading by 0-9 to 0-6 at the break.

And, a very quiet Davin Flynn pounced on hesitation in the Burt defence as he hammered home Setanta’s second goal to extend their lead to 2-12 to 0-8 by the 38th minute. But this contest was well over when the impressive Josh Cronnolly/McGee hit their third goal in the 48thminute.

Burt relied mainly on frees from their ace marksman Liam McKinney to keep the score line reasonably respectable. They also lost Ronan McDermott to a deserved second yellow card eight minutes from time, but this affair was well settled by then.

The 18 year-old McKinney finished up with 0-10, nine from frees, while Setanta veteran Declan Coulter hit 0-10 in an impressive team display. But the foundation for Setanta’s victory came from a superb half back-line where the elegant ageless Danny Cullen, Stephen McBride and Barney Lafferty were majestic while Ruairi Campbell and Oisin Marley weighed in with some fine scores.

This was a much tighter affair in the opening half with Burt matching their opponents in most departments. They actually led by 0-3 to 0-1 thanks to McKinney, team captain Caolan McDermott and the returned Conor Gartland after four minutes.

It was score for score for most of the half until a late surge from Setanta put them into a 0-9 to 0-6 lead thanks to late points from Coulter, Campbell and Gilmore. It was expected that Burt might take advantage of the slope and the slight breeze, but they were not able to match the home side’s surge in intensity that saw them win quite comfortably in the end.

On this form it will take an exceptional side to stop Setanta from regaining the county championship in July.