In his weekly Donegal Post column, Gerry McLaughlin pays tribute to one of Donegal's most popular GAA figures, Edward Molloy 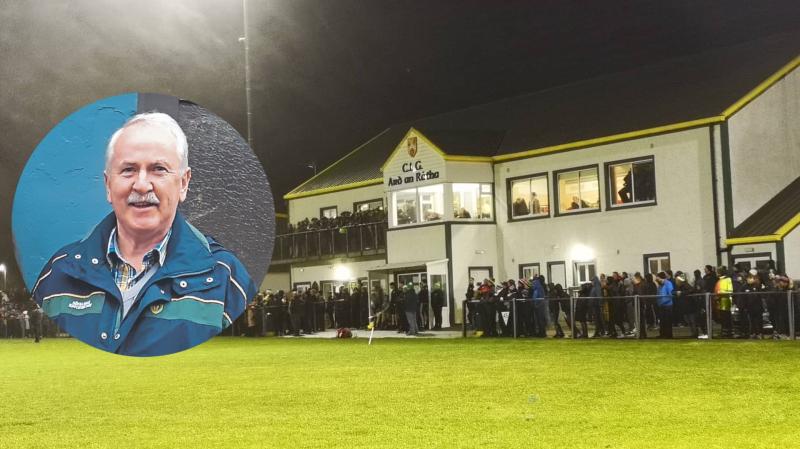 Looking at Edward Molloy’s painstakingly detailed and most valuable table of stats in last week’s Donegal Democrat of Donegal’s year of 2022 - it gives you a snapshot of one of this county’s greatest and most loyal GAA officials and followers.

It’s all there, all of the players who scored in all of the competitions, Dr McKenna Cup, Allianz League and Championship and the teams Donegal played to boot.

Edward concludes that Donegal played 35 different players and used 88 subs in the 15 games for a total of 313 appearances.
Interestingly only two players played every minute of 2022 and they were Eoghan Ban Gallagher and Patrick McBrearty. Can you imagine the time this would have taken to get a complete picture?

But, like that other great statistician, Fr Seán O’Gallchóir, Edward has been compiling a stunning record of club and county matches and ancillary events over many years. 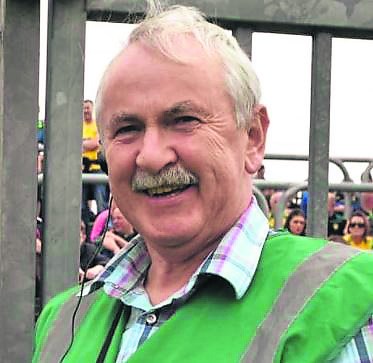 For this writer he is among a number of great-hearted Donegal officials whose grá for the green and gold is totally unconditional. And he embodies that great JFK mantra which stated: “Ask not what your country can do for you but what you can do for your country”.

In Edward’s case his county has always come first. Nothing is too much for the man who lives in Rathcormack in County Sligo but whose heart will always be in the Hills of home. The 64-year-old Edward is a walking, talking encyclopaedia of all matters GAA in his native heath and is the proud possessor of a mosaic of memories of matches, meetings, in his stunning GAA museum.

He once kept a daily diary of all matters GAA in the Ardara club and county when he was club secretary from 1981-1990.
Can you imagine how valuable this will be for future GAA historians, a complete record for a decade! He also kept a record of each adult club team lineout and scorers.

And he has a stack of newspapers some dating back to the 1970s and national papers with Donegal GAA snippets, these were of benefit when the Ardara club was compiling the club history.

And his great love of stats also saw him win Question Of The Week with the late great Jimmy McGee in the Sunday World and he also supplies the media with facts about the GAA in the county.

But he is perhaps best known as a reassuring figure at Ardara and Donegal county matches all over the country. The current chief steward has been everywhere with the game he loves but he has always stayed the same, calm, courteous and reassuring presence.

And you would often see him doing umpire for Ardara, a thankless job and almost but not quite as thankless as being fixtures secretary in 1991 and again from 1995 to 2007, surely the “Angola” of jobs in Donegal GAA. But even though he did not have a telephone landline at times, Edward ran the show from a phone box and dealt with some rare clients in his long term.

And he could tell you some really bizarre reasons why certain clubs might not want to play matches, but you won’t hear anything because discretion is another of his great qualities. Edward has also been Donegal Referee’s Secretary, first appointed in 1989, Ardara Club Secretary from 1981 until he moved to Sligo in 1990. 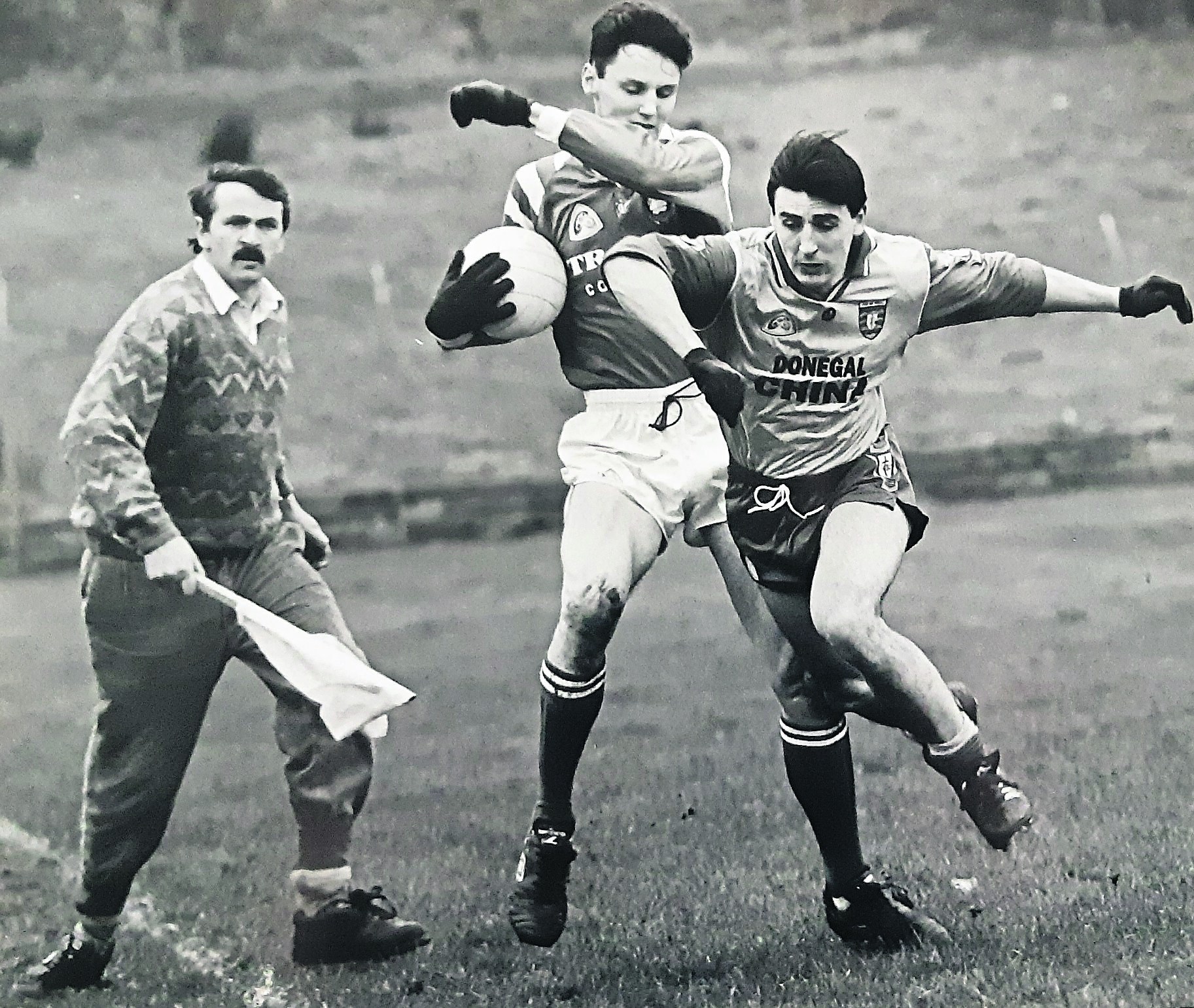 But Edward was also a referee in Donegal from 1978 to 2005, a total of 28 years on pitches all over the county where he has a few colourful anecdotes. And with typical honest candour he told me: “Looking back, I was never cut out to be a referee”.
At one point, Edward refereed two county championship quarter-finals on the same day. He once told me of an incident with a famous player who used to help Edward with farming duties.

“I had reason to book him during the match to which he replied when asked his name: 'You can dip your own sheep tomorrow.' “But being the helpful man that he was, he was there to help bright and early the next morning and we laughed many times over the words.”

And he was equally frank about his own playing career: “I couldn’t kick snow off a rope even though I got plenty of practice in many snowy conditions in Leamagowra.”

He was also editor of the Ardara club Year Book in 1980, the first of its kind in the county, was club man of the year in 1982, was given a Services to the Club award in 1989 and was guest of honour at their Dinner Dance in 2004.
Edward was also linesman for Donegal when they went to play challenge matches away from home and he once shared a room with the legendary Martin Griffin which was an education in itself.

Edward was a member of the Donegal County Board for 21 years and also served as an Ulster Council delegate for the county from 2008 to 2012. The Ardara man has attended every county convention since 1980, was Assistant Treasurer in 1993 and 1994. He has also qualified as an Event Controller after an intensive course in January 2017.

These days you will still see him at matches all over the county, a smile never far from his face and he is always positive about the county he loves so much-even in these somewhat “chilly hours and minutes of uncertainty” as Donovan said so eloquently.
Just for the record.

Summer hurling
It was this hack’s privilege to be in Crossroads on a nippy Friday evening recently in the Finn Valley for a very entertaining joust between Setanta and Burt.

And it was great to see a good contest played in the height of summer and even better news is that this year’s county final will be played in sunny July and not in the bowels of winter like last year.

Of course reigning county champions St Eunan’s did not mind the elements too much as they took an historic title for the town in a remarkably successful year for the Cathedral Tow last year. But boy is something stirring in the Cross as Setanta won by 3-18 to 0-15.

And they are still smarting from that county final defeat as they believe they lost it rather than Eunan’s winning it.
Of course St Eunan’s will have something to say about that as Sean McVeiigh, Brian McIntyre, Conor O'Grady, Daire O’Maoileidigh, Kevin Kealy, Sean Halvey, Cormac Finn. Steven Doherty, Ryan Hilferty and Peter Kelly are all top performers.
Already, depending on the draw it could be a cracking county final between some of the county’s finest ash artists. A game to savour and already it is very hard to see past Setanta-the team of all talents.