Off the Post: The real dual stars of Donegal are from way up Inishowen

In his weekly column, Gerry McLaughlin pays tribute to the work being done in both hurling and football at Carndonagh, which is starting to reap its rewards 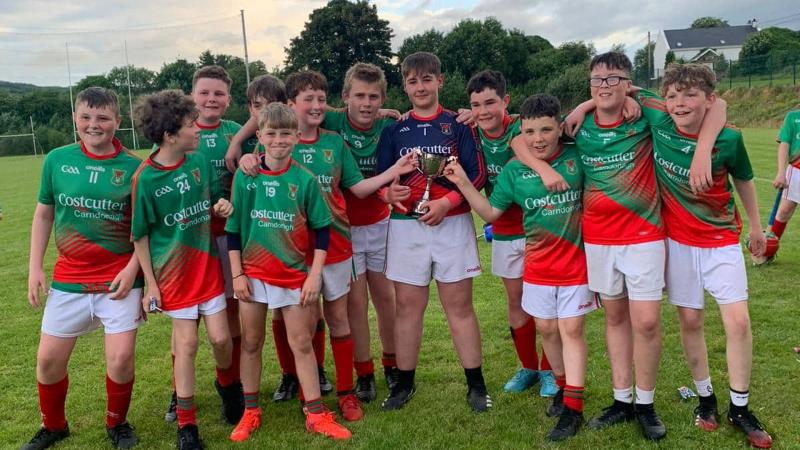 This is the story of a small club at the tip of Donegal who are making waves in football and hurling.

And there is one family in particular who are playing a big role in the club that has its headquarters at Foden. Last year Carndoangh won the Division 4 football title in August and are operating in Division 3 and are one of the fancied sides to take the Junior A Football Championship this year, especially with Conor O'Donnell enjoying such a fine year with Donegal. 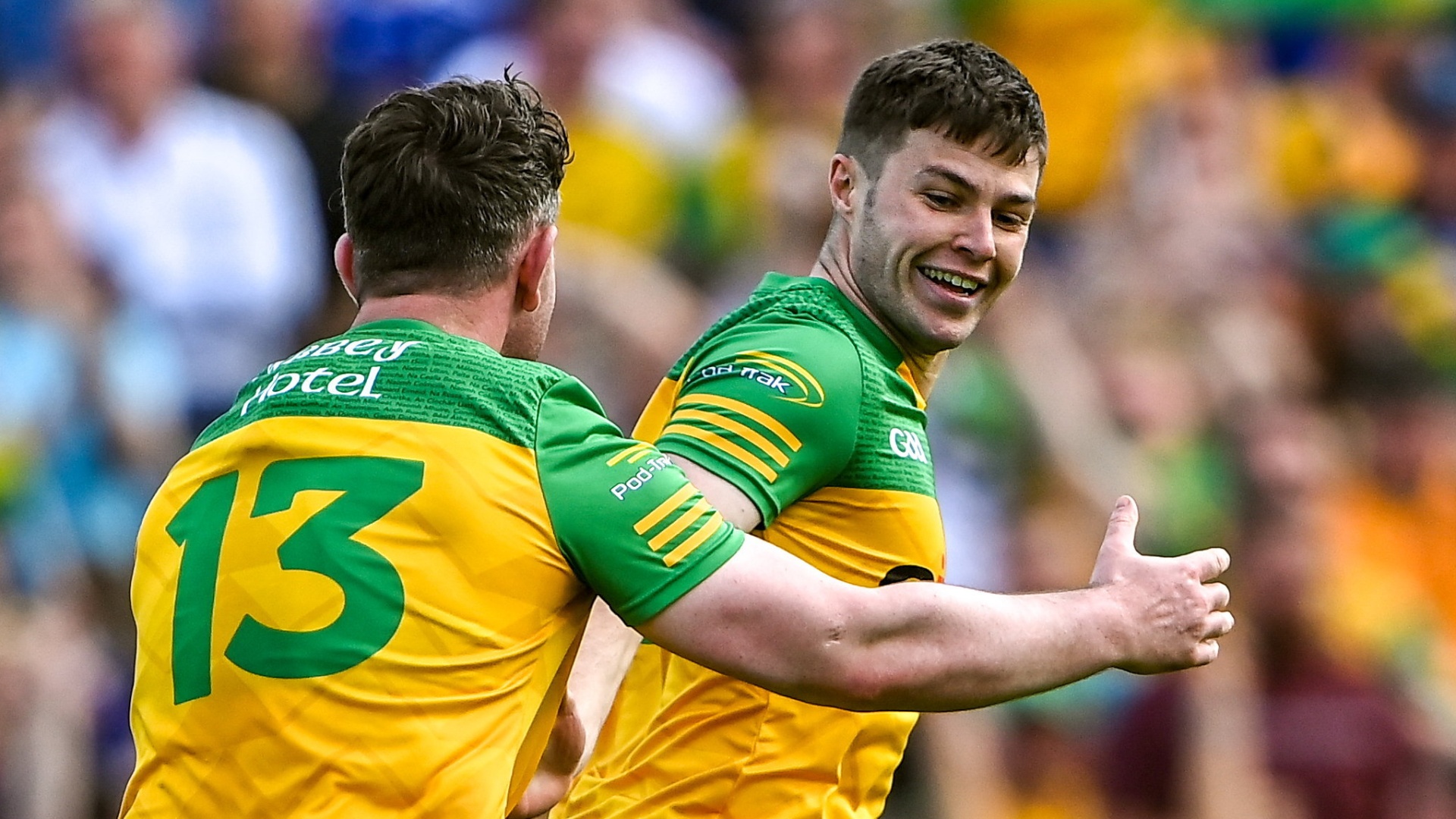 Of course it helps enormously that brothers and dual stars Padhraig Doherty and Cathal Doherty are managers of the senior football and senior hurling teams and both are also key figures in both teams.

That is a unique situation in Donegal and probably also in Ulster and in Ireland. But they did not take all this versatility from the wind.

For their father John Joe Doherty - who once broke Fermanagh senior hurlers’ hearts with a last-minute goal to win a vital NHL Division 3 match for Donegal in the 1980s - is a key inspiration.

And both John Joe and mum Elizabeth Doherty can often be found doing umpires at hurling and football matches. But the club has been really hitting the heights in hurling in recent times.

They won a Donegal JHC final in 2020 beating Dungloe narrowly with Cathal Doherty scoring eight points in that final from frees on the 40 while Padhraig was at midfield.

They won their way to compete in this year’s Donegal SHC and picked up two wins there. However, it has been their underage hurlers who have been making real history recently.

Last Friday week their hurlers easily defeated Aodh Ruadh in the U-13A Championship final in Convoy. And this is the first ever county title that the club has won in either code, so it really was a big deal. 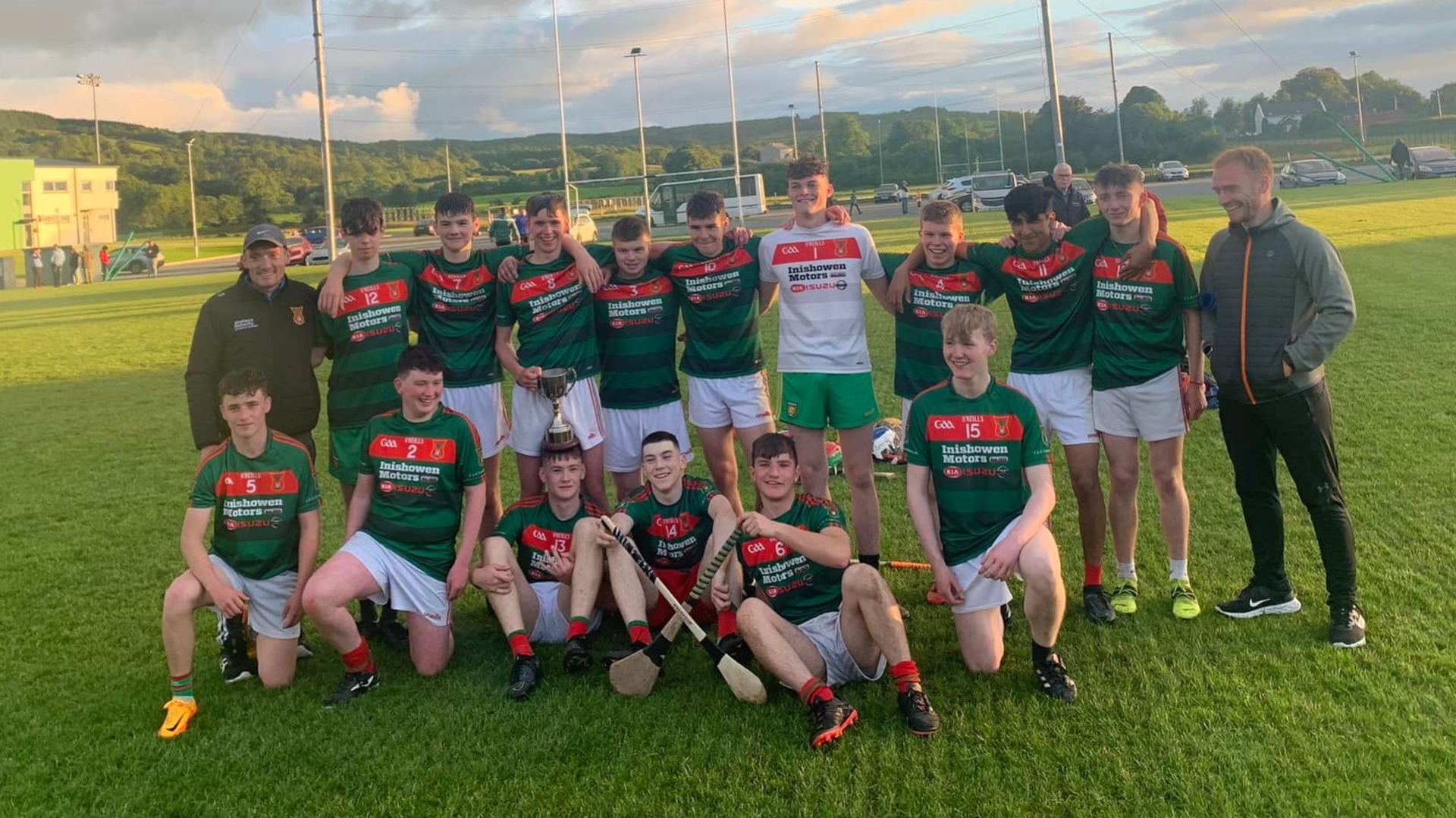 These history makers will be forever remembered in their club as the first winners. But it got even better six days later when their U-17 team staged an epic comeback to get the better of Aodh Ruadh in the U-17 Division 1 League final. At one stage they trailed by six points but stormed back to a memorable victory. And they did it with the bare 15 men.

Then, on Sunday evening, they retained the Joe McGeady, Inishowen U-15 football championship with victory over Burt in Moville, under the management team of Christy McDaid - who kicked 1-7 that afternoon for their seniors against Naomh Colmcille in Division 3 - and Anthony Doherty. 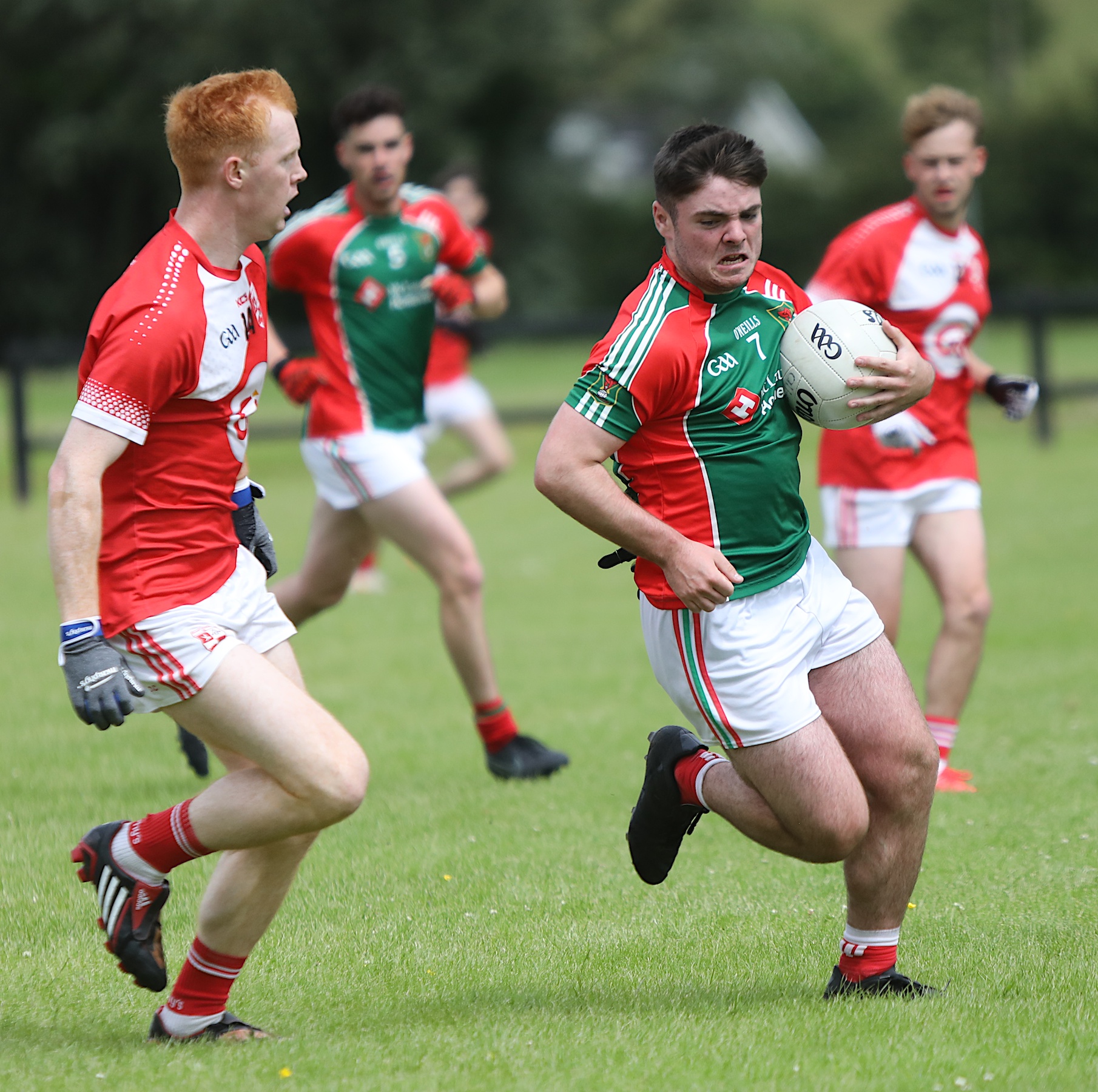 For they also have the U-17A Hurling Championship coming up where they will meet the winners of St Eunan’s and Burt in the semi-final.

That U-17 Division 1 victory last Thursday evening will live long in their collective memory. But speaking to a pretty relaxed manager Padhraig Doherty what was clear was that this was a pretty chilled out bunch. Doherty saluted the fact that this team was relaxed and did not panic.

They trailed for three quarters of the game against a very good Aodh Ruadh side, but surged clear in those final frenetic moments for a fabulous victory. For Padhraic and Cathal, the big goal is to get as many of these gifted U13 and U-17 players to come through to senior level.  That is very much a long- term project but the Doherty’s will be sticking with the plan no matter what.

Being a dual club has its downsides as Carn are often called to play hurling and football games on the same weekend which is a big strain on a small club.

The Dohertys have been vocal on the need to stagger fixtures more to give the dual players some breathing space. So these are very busy days, but very happy days for a club that has much to be admired. Their Camogs last month represented the club with distinction in the Féile in Meath.

And as long as you have families like the Dohertys the GAA will always thrive no matter what the circumstances. And Padhraic Doherty summed it all up very well when speaking of the U-17’s.

“When you have a good group of strong people who are willing to work together it is great,” he said. Indeed!

There is always something special about Towney and not just its stunning location on the edge of the Atlantic. But you always get the feeling that you are at the heart of the GAA in this small parish, just as you do over the mountains in Glen. 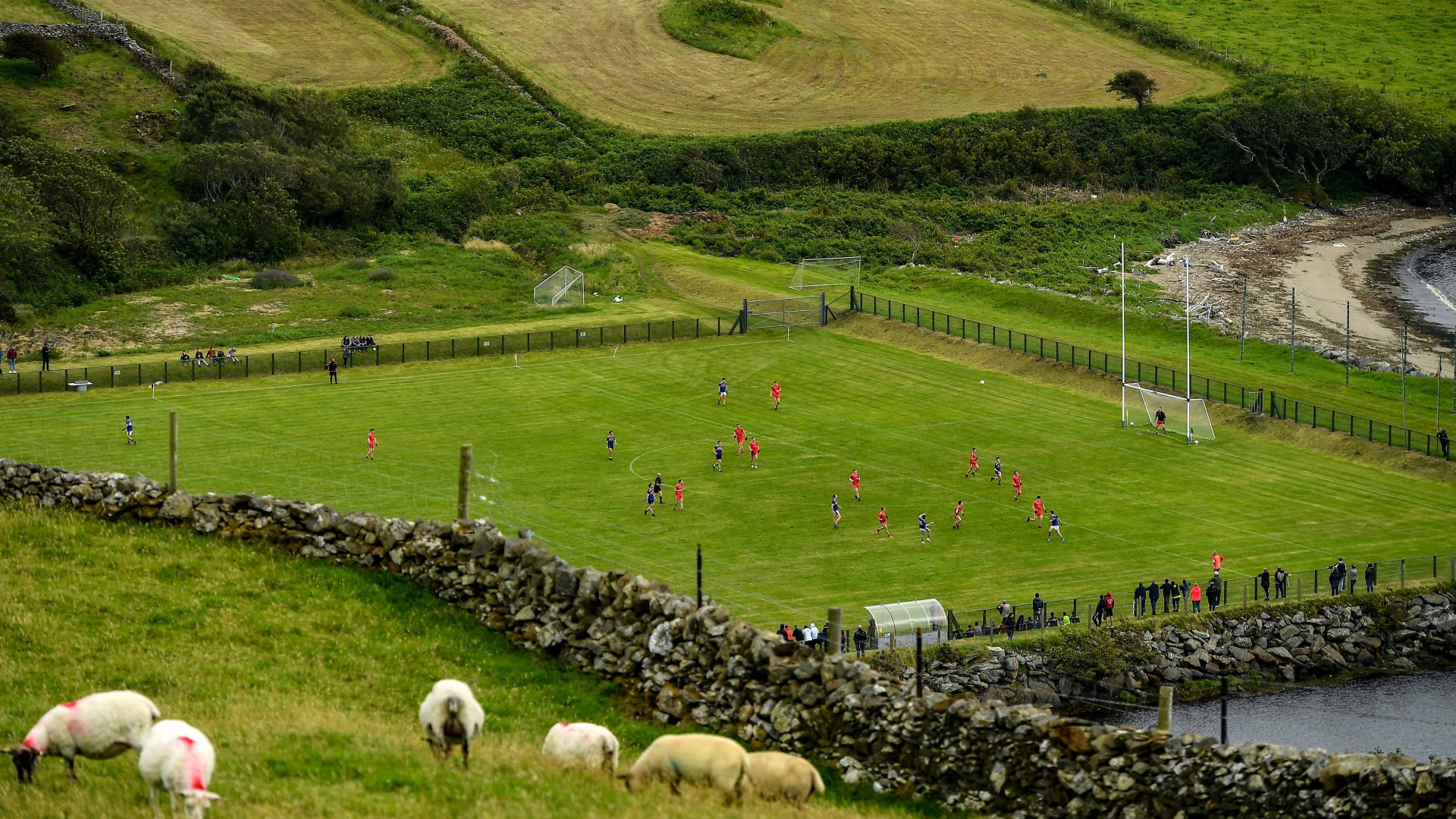 The blue and gold are legends of Donegal football and this writer heard all about them in the 1960s first from the late Big Frank O’Donnell from Bogagh. The late Micheal Mac Giolla Easbuig was also a laoch mór in the club and of course the McHughs from Bavin are their most famous natives.

Last Saturday evening this writer saw them in full flow in the second half as they blew away neighbours Killybegs on a mizzly evening. And Kilcar, full of medium size jinking players breaking at pace are still a sight to behold, with great first touch and absolute ease on the ball.

And they did without Ryan McHugh, Stephen McBrearty, Matthew McClean, Pauric Carr, Conor Doherty and Eoin McHugh (who came on as a sub), six players who could make a big difference.

They have a pretty young but highly skilful and pacey side and Ciaran McGinley and Mark McHugh remain two of the best club players in the county. And their articulate team manager Conor Cunningham does not accept that they do not have strength in depth.

But then you have the Peter Pan of Ardara Michael Hegarty, living in Dunkineely but he could be togging out for this 27th championship season on the trot and Conor McShane and Patrick Gallagher are also famed gladiators in the blue and gold. 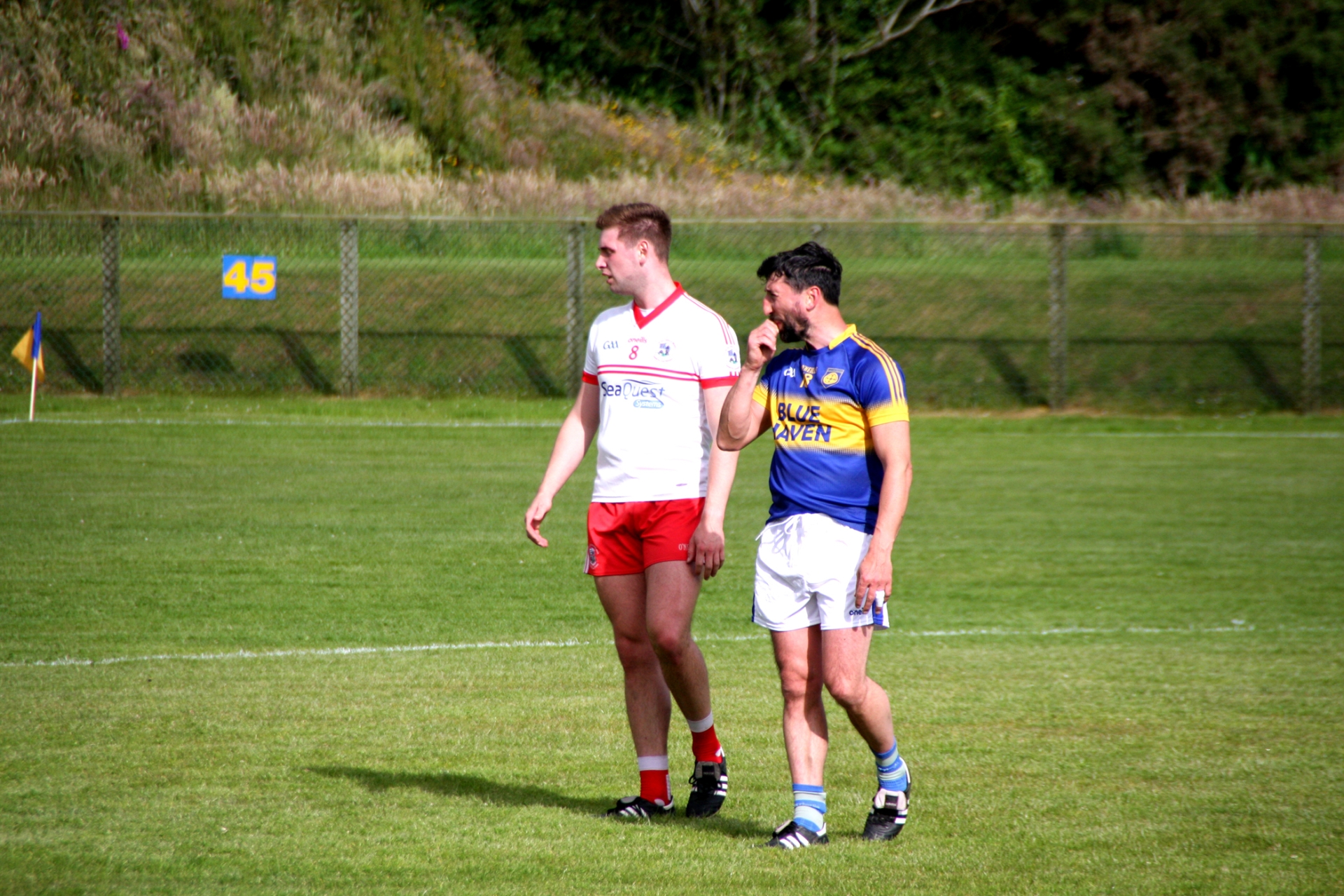 They also have another big strong midfielder in Jason Campbell as they face a vital final League match this weekend, knowing if they avoid defeat at a useful Glenfin side then they’ll take on Naomh Conaill in the All-County League Division 1 final ahead of the Donegal SFC.

They lost out to Naomh Conaill in last year’s county championship semi-final as well as the controversial 2020 final. One thing is certain. There is still a lot of hunger and talent in depth in and around Towney.