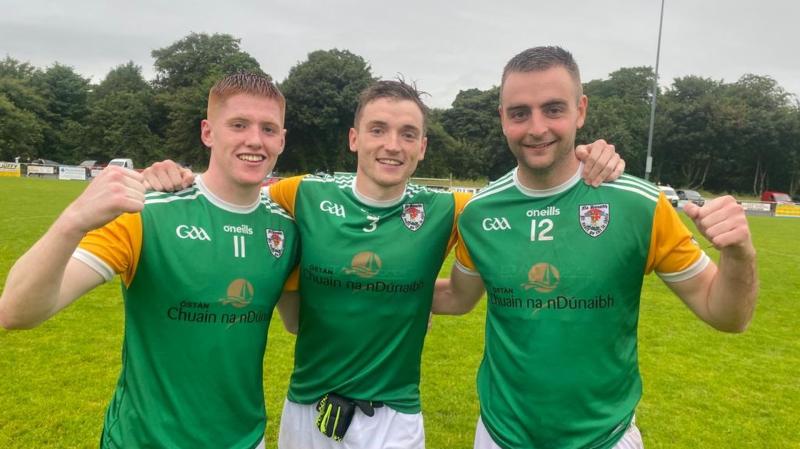 Alan Foley at the Scarvey

Downings held their nerve at the Scarvey to post the required victory over a persistent Buncrana side and in doing so return to the top flight of the All-County Football League for the first time since 1991.

Kevin Gallagher - the current manager - was a player back then and admitted to his current panel that after that relegation 31 years ago, they assumed they’d be back in the top flight within a year or two. But that wasn’t how the cookie crumbled.

Early in the evening, MacCumhaill’s had posted an eight-point victory over St Naul’s to move into second place in Division 2 and knew they would spend an hour or more refreshing the tweets. Just before then, Downings were hopscotching the puddles in the heaviest shower of rain you can imagine in the month of July to take to the field at the Scarvey as the rain clattered off the umbrellas and folk huddled under trees for shelter.

Downings hadn’t lost since mid-April in Portsalon and from the nine matches since had dropped just a single point and with everything to play for, settled well to lead 1-8 to 0-2 at a stage. However, Buncrana either side of half-time scored 1-5 in succession to get within a point at a stage. It was the visitors who finished it out though, despite a late Oisin O’Flaherty goal for the hosts.

The persistent downpour all day made things a little unpredictable, although Downings’ start went to form as Johnny McGroddy, Lorcan Connor and James Lee McBride scores put them 0-4 to 0-1 in front.

On the 14th minute there was a huge swing, with Ryan Hegarty of Buncrana cutting inside the Downings defence and smashing a piledriver off the post and whilst still cursing his luck could only watch on as, at the other end, Allen Pasoma neatly finished a goal from Shane Boyce’s pass. 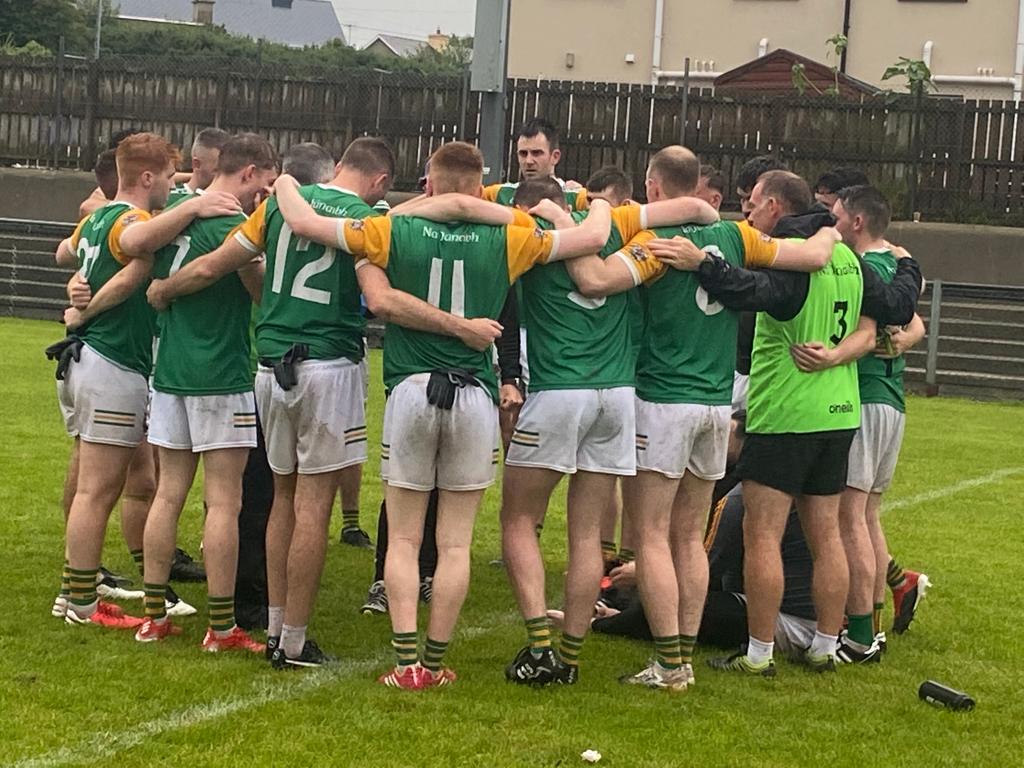 Buncrana’s misfortune was further extended when stand-in goalkeeper Joseph McGrenra hobbled off to be replaced by Harry Doherty, who spent his first few minutes on the field seeing points from McGroddy, Connor and Patrick McElwee go over his crossbar. Downings were 1-8 to 0-2 ahead and looking good, with Oisin Crawford the only Buncrana scorer by the 25th minute.

Having watched Malin gain promotion at the Scarvey in their last home fixture, it looked like Buncrana would be bridesmaids again. They produced a decent finish to the half with Ben Bradely scoring twice and Kevin Treacy also pointed before Ryan McElhinney swung one over to leave them 1-8 to 0-6 down at the break.

Bradley opened the second half scoring and Gary Duffy’s side then manufactured a 32nd minute goal through Ryan Hegarty with Peter McLaughlin assisting. Downings saw efforts, unusually, fly wide from both Connor and McGroddy and Stephen J Doherty made a brave block from Conor Boyce’s shot.

Only one in front, 1-8 to 1-7, Downings steadied to make sure they didn’t fluff their lines and reeled off six points in a row, with McGroddy knocking over two, as did the ever-influential Shane Boyce.

With two minutes to go Downings were 1-14 to 1-8 ahead, although O’Flaherty showed great persistence to free himself into space and drove a goal low past Aaron McClafferty.

With Buncrana pressing up and goalkeeper Doherty essentially a quarterback, Downings weren't conceding again and Conor Boyce got forward to post the last point of an evening they’ll not forget for a long time as a generational gap was finally bridged. They've a chance of silverware next weekend too, when they take on table-toppers Malin in the Division 2 final.