Termon’s young guns stepping up to the plate - Murray

After Sunday's Division 1 final win over Glenfin, Termon captain Jamie-Leigh Murray believes a new crop of players can make their mark on the senior team 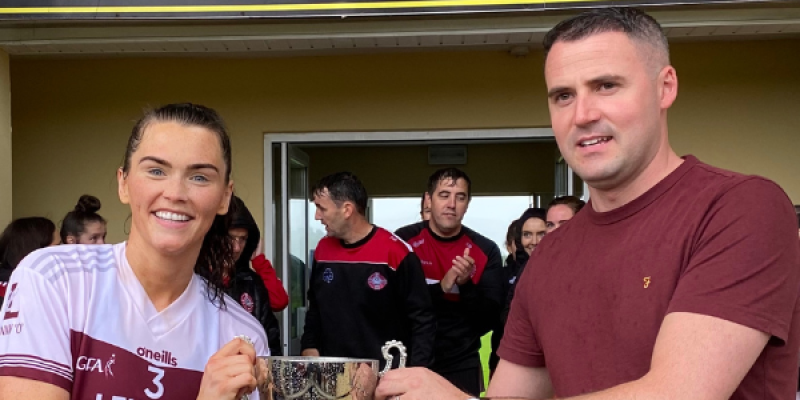 Jamie-Leigh Murray says a new crop of players can make their mark on Termon.

Ciara McGarvey’s eight points provided the bulk of the highlights reel in the 1-11 to 1-3 win.

The likes of Aibhe McDaid is still cutting her teeth at the senior grade with Lauren Doherty and Ella McGettigan recently getting a first taste of senior action.

“There are girls there gunning for places,” Murray told Donegal Live.

“Ciara is amazing. All the girls who have come in are. We all have had to step up to the plate this year. It’s great to see Geraldine (McLaughlin) and the county girls back and it’s great for the other girls too.”

McLaughlin came off the bench to score the Termon goal as they returned some silverware once again.

Murray has donned the captain’s role since Maria Carr sustained a leg injury.

“I stepped into a big role,” he said. “Maria is like my right arm on that pitch. She’s a huge loss to us. If she could bring that cast off and play, she would. We hope to have her back in the jersey by the end of the year.”

McGarvey led the way as Termon broke free of Glenfin. A low-scoring first-half had Termon 0-3 to 0-1 ahead and they kicked on in part two.

Murray said:  “It’s brilliant. It has felt like a long time coming for us. We said at the start that we wanted to get to the League final and win it. It was very tough out there. It took us a while to get settled in.

“We had a couple of scares and that seems to happen a lot with us, where we seem to be a second-half team or it takes us 15-20 minutes. We came back at them eventually.

“Defensively, we put it up to them. Glenfin are very good going forward and it was a tough, hard game.”

Termon will be well aware that a fresh challenge awaits down the road. Glenfin fielded on Sunday without their Donegal contingent and the return of Katy Herron, Yvonne Bonner and Karen Guthrie will add significantly to their arsenal.

Murray said: “We’ll have a bigger task to come now. We’ll get the heads down now and work for Championship. We’ve a full squad back in for training now, which is great because the numbers make a big difference.”