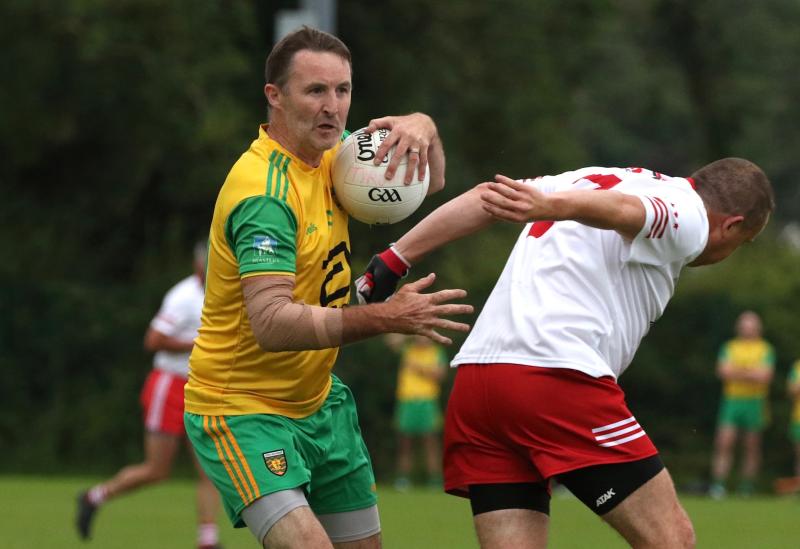 Donegal lost their first game in the Masters competition after a tough encounter with Tyrone at the Donegal Training Centre.

Before the game there was a minute's silence as a mark of respect to the late Charlie Gallagher, Four Masters, who had been a player with the Masters for a good number of years.

It was not a place for the faint-hearted as the challenges were meaty to say the least. In the end the fitness levels of the Tyrone side shaded the issue. Liam McGroarty had to be helped off after a late challenge near the end while veteran Charlie Doherty also survived a very tough tackle.

Donegal were missing Benny Boyle and Stephen Coyle among others while Stephen O'Neill was a notable absentee for the  Red Hands.

Donegal had the better of the exchanges in the opening quarter and went 0-4 to no score ahead after 13 minutes with Benny Quinn sending them on their way.

Watch: Mark Cannon as Donegal Masters lose to Tyrone but still in the mix

Mark Cannon's Donegal side lost for the first time this season in the All-Ireland Masters championship when they lost out to Tyrone in Convoy, but they're still in with a chance of reaching the semi-finals

Gerard McBrearty landed a free and Paddy McNulty landed two, the second after a good ball from Quinn.

Tyrone did have chances but missed some really easy ones. Just after McNulty's fourth point Donegal won the kick-out and the crossbar firstly came to Tyrone's rescue and then Paddy McNulty got the rebound and was denied by the 'keeper. 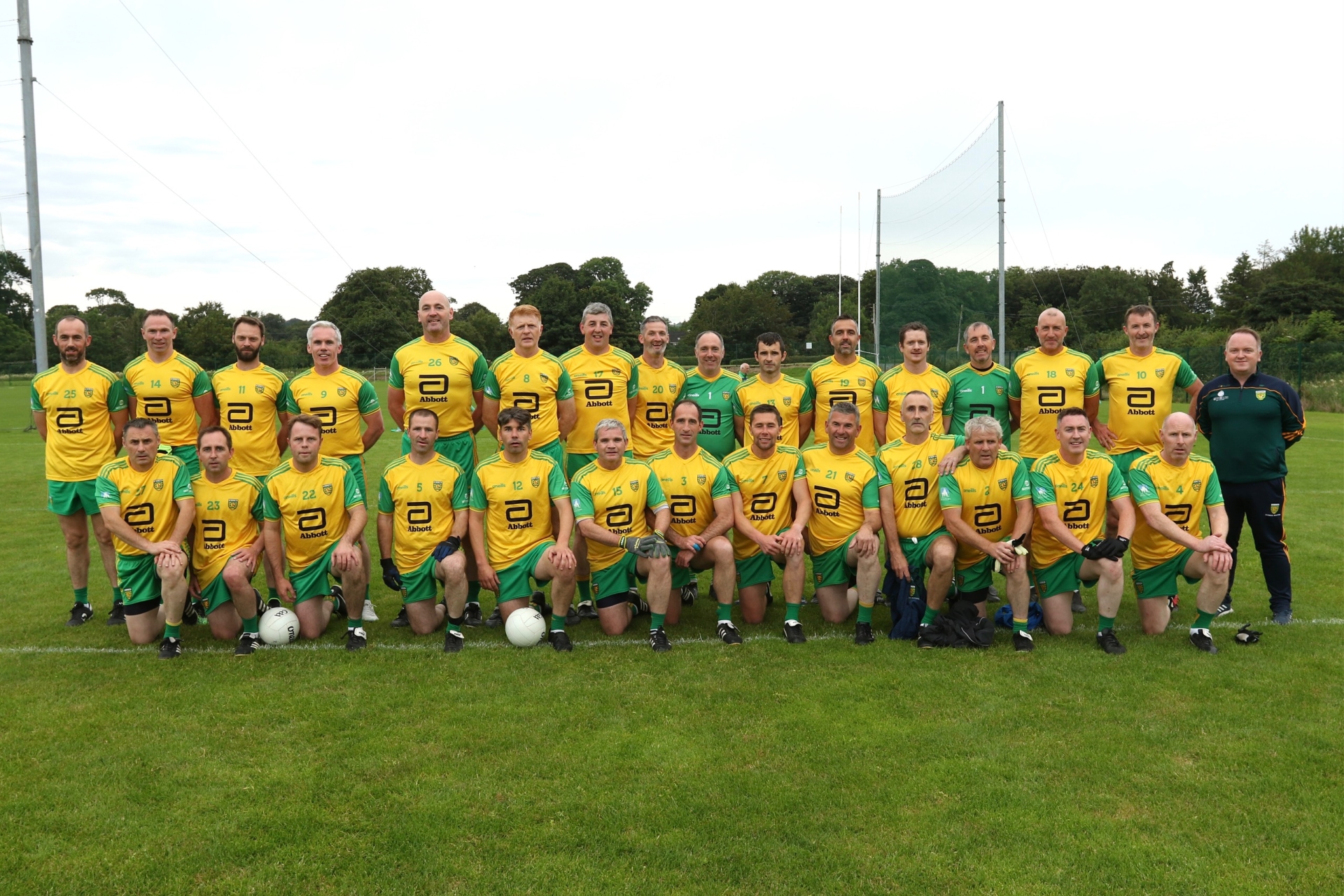 Ollie McCreesh eventually got Tyrone on the board on 16 minutes but they still found it hard to find the range.  Donegal had another great goal chance on 24 minutes when Conor McShane found McNulty inside and he set up Kerry Ryan coming through the middle but the Aodh Ruadh's man effort went just over the crossbar.

It was a turning point because Tyrone dominated the final five minutes and also began to find the range and by half-time they were back on level terms thanks to points from Ollie McCreesh (2), the lively Martin  Grimes and Ryan McCallion.

When McCreesh pushed Tyrone two ahead at the start of the second half it looked ominous with Cathal Gallagher also making a good stop from Grimes. But Paddy McNulty had Donegal  back level with two frees by the 39th minute.

Damien McDevitt and Gerard McBrearty traded points before Tyrone had four unanswered points from Shane Mallon, McCreesh and two from Martin Anderson inside a minute.

The Donegal sideline weren't  happy with some cynical Tyrone fouling that interrupted their momentum coming out of defence. But they finished well with points from Gerard McBrearty (free) and two from Paddy McNulty (free and mark) to cut the lead to one with 60 minutes played.

They just couldn't get into position to get an equaliser and Karl McCabe fisted an insurance point for Tyrone deep into added time.

The result means that Donegal are level on points with Dublin and Clare and there will be a draw on Thursday night. The first team out will get a bye to the semi-final while the other two will have to play-off for the other semi-final spot.