O’Reilly says MacCumhaill’s have ‘plenty to look forward to’ 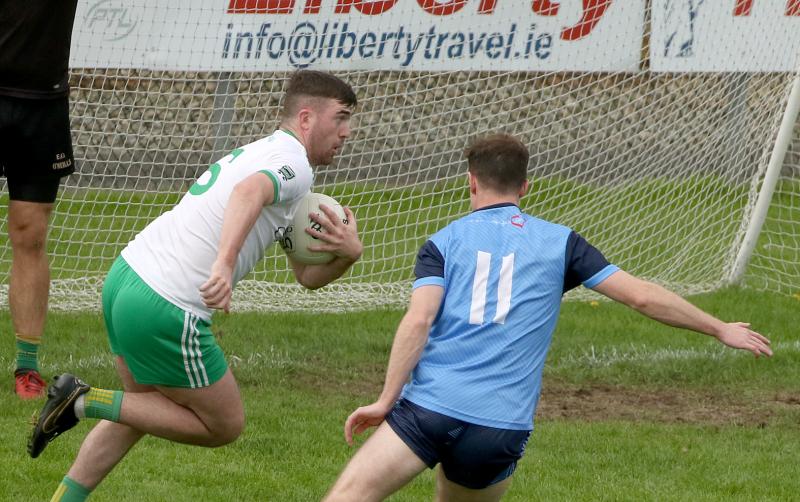 MacCumhaill’s took a lead of 1-8 to 0-6 into the second half and managed to steer themselves towards the top-flight with Joel Bradley-Walsh on form before Kevin McCormack’s second goal put the cherry on a 2-16 to 0-10 win.

“It was a tough battle and we only really got to grips with it totally in the third quarter having given ourselves a bit of a foothold early on,” O’Reilly said afterwards. “It was just a matter of pushing on and keeping the scoreboard ticking then. There was a lot of heat out there and Milford are a good team so it was tough.”

Whilst MacCumhaill’s players were making their way back towards the dressing rooms, the Malin and Downings panels were about to contest the Division 2 final and although a trophy would’ve been nice to take home to the Twin Towns on the same weekend MacCumhaill’s won the IHC, promotion was a decent consolation.

Victory over Milford means MacCumhaill's are back in the big time

“We were disappointed not to be in the final and we had set our targets high at the start of the year.” O’Reily added. “But look, we’re promoted and that was our final. All we could do there was go out and try to win the game and we managed to do that. Eoin Gallen made a couple of great saves that kept us ahead.

“There’s plenty to look forward to in Division 1. We’re going up there with a young team and they have confidence. Kevin McCormack and those lads have added so much for us. It’s not going to be easy of course. We were up four years ago and we were younger then and maybe a bit naive and thought that fitness would take us over the line. We worked hard that year and now we can use that to learn from it.”

When the dust settles, the curtain on the Donegal SFC will go up, with MacCumhaill’s a steady presence in the knock-outs in recent seasons facing a tricky opener at a St Michael’s team who were semi-finalists last year.

“We’ve played St Michael’s a lot in recent years and it’s never ever easy,” O’Reilly added. “We’ll get knuckling down now from Tuesday night on and then it’s all about championship.”