McShea's Say: If McGuinness wants to stick with soccer, here's the alternative 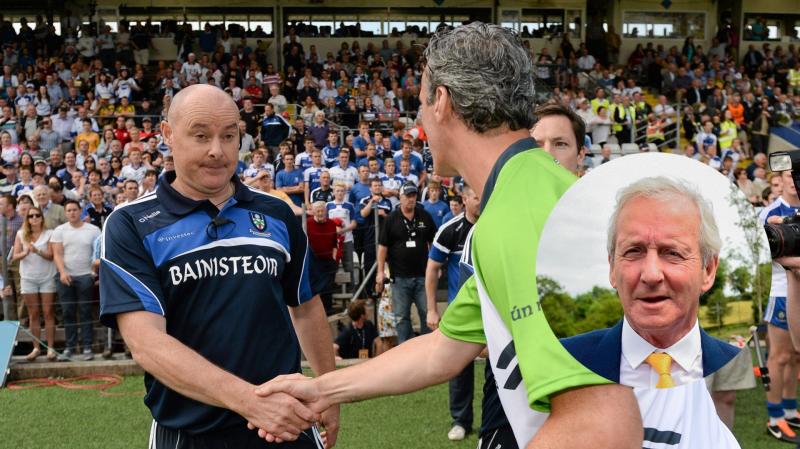 Malachy O'Rourke and Jim McGuinness before the 2013 Ulster SFC final between Monaghan and Donegal and, inset, Pauric McShea

There seems to be significant apathy in evidence among GAA supporters in the county in recent weeks. The decision of Croke Park to conclude the Football and Hurling championships in July is, I believe, a major reason for this.

Club football and Hurling is of paramount importance but the valley period that will exist between July and next January with no inter-county fixtures will do nothing to stimulate interest in Gaelic games in Donegal or in any of the other 31 counties.

It was a major mistake to move the traditional All-Ireland dates and this should be accepted and a return to playing the finals in September should happen next year.

I have encountered some discussion about who will be Donegal’s next manager but nothing like the interest that would be generated if county football was still on the agenda. 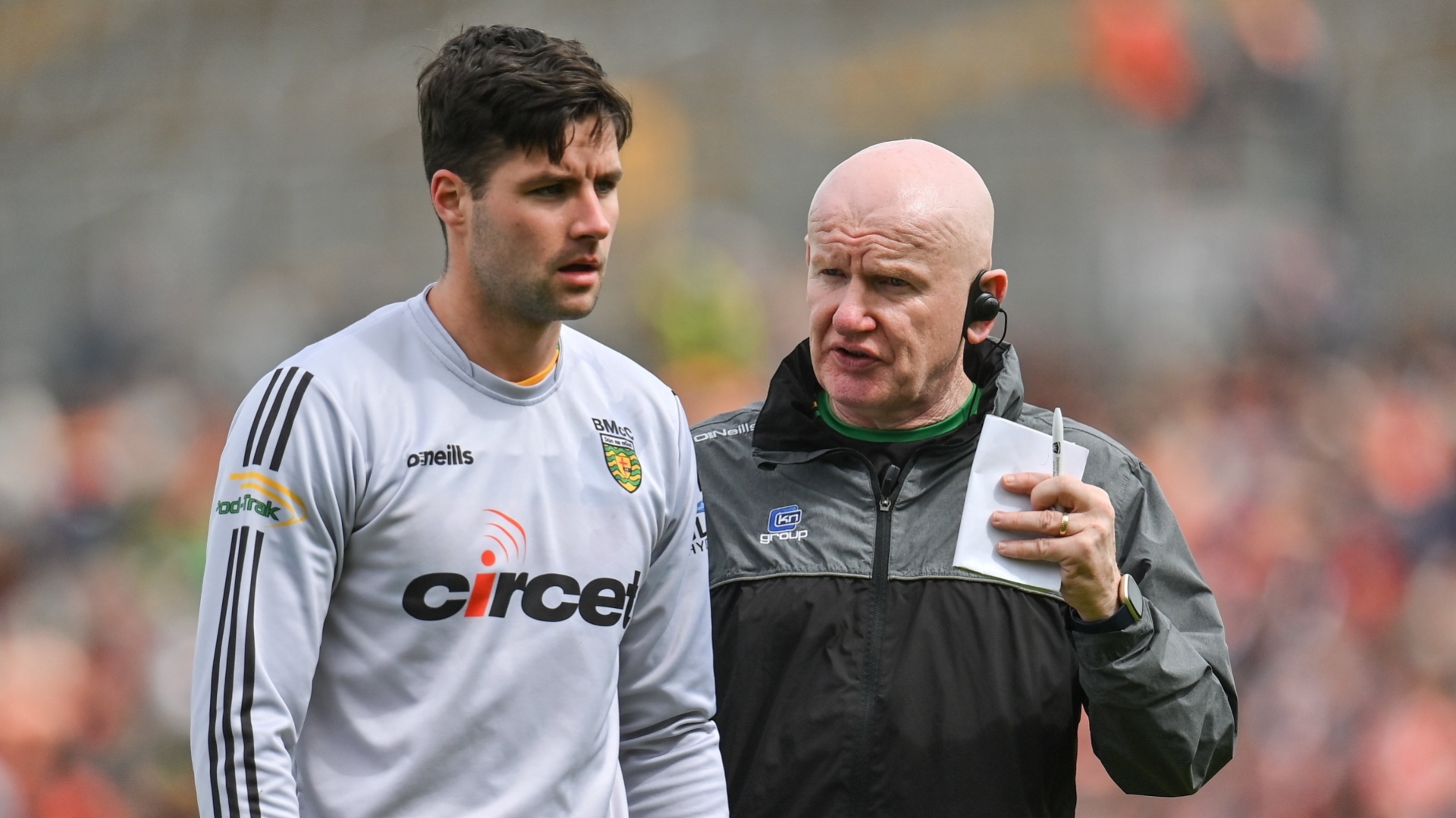 In relation to Declan Bonner’s decision to move on, it seems that football seems not to be designed to supply happy endings for managers and their teams.

Managing Donegal always seemed to be Declan’s refuge from the world. I believe that Declan was a three-dimensional man - disciplined, determined and dedicated.

His loyalty to Donegal as an excellent footballer and extremely dedicated manager can never be in question. But the last three years were difficult and negative championship results make life difficult for any manager in what is a result driven business.

Through the good times and the difficult times Declan carried the position of manager with exceptional dignity. He set very high standards in terms of how his teams behaved, how to give the best you can whatever you are doing.

While it might not have finished up being good enough, once you have given everything - as Declan did - and have respect for people both on and off the field you won’t go too far wrong in sport or in life.

Maybe his backroom team were not of the quality required to compete at the top level, but he will forever be remembered as the young fellow who hit the clinching point in bringing Sam Maguire to the Hills for the first time back in 1992. That legacy will stand the test of time forever.

Many names have already been mentioned regarding who will succeed Declan in Donegal’s hot seat. 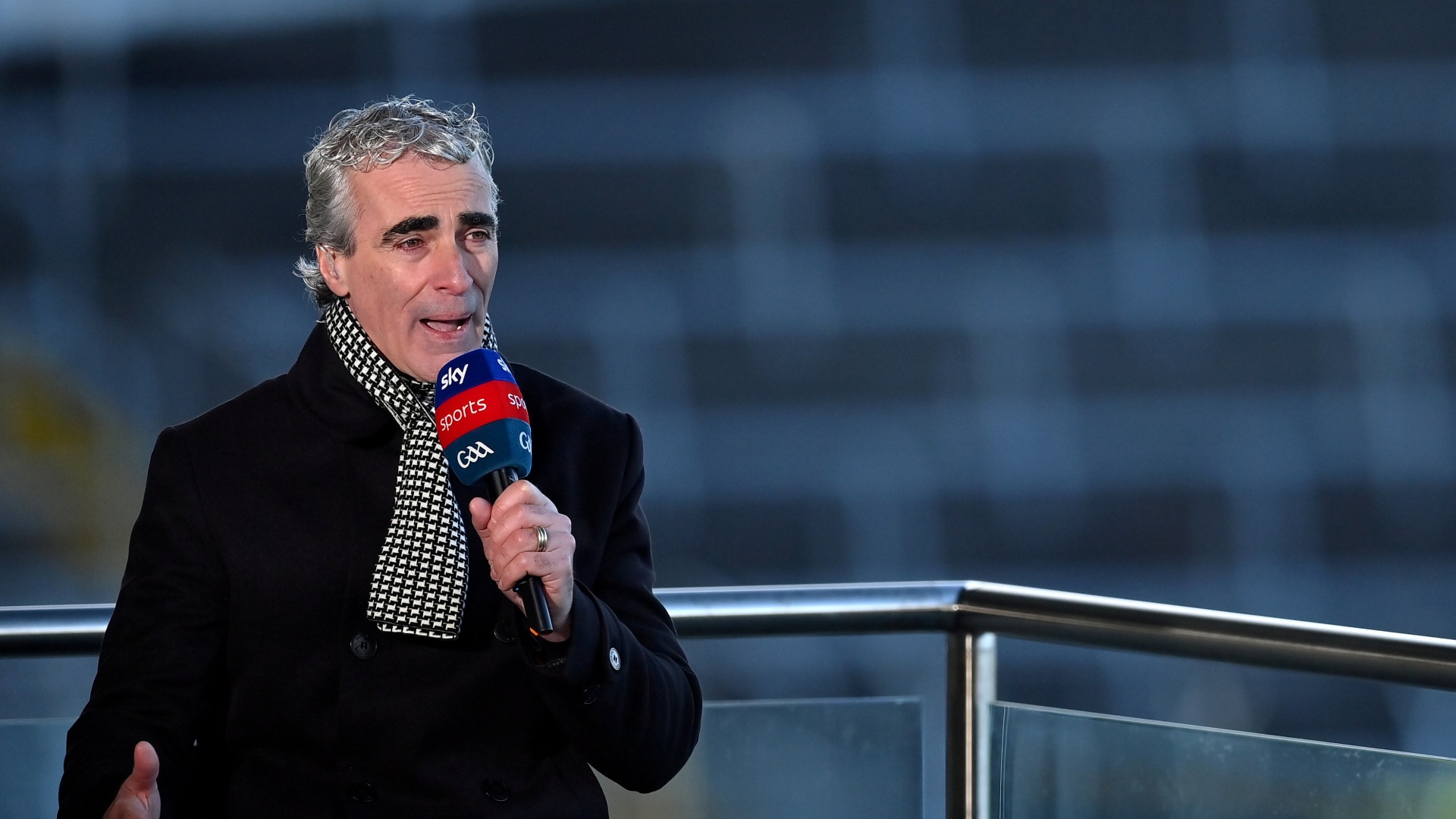 It was inevitable that Jim McGuinness would figure highly on any list but I believe that Jim has made it clear that his immediate future is in soccer and if so, he seems to have ruled himself out of a return to Gaelic football in the immediate future at least.

I would like to see someone of the quality of Malachy O'Rourke approached. The former Monaghan manager had success with clubs all around Ulster and he also made a real impact when at the helm in Monaghan.

I am also aware that many of the players he dealt with would put him top of the list of influences on their careers, while his ability to read the game and make astute calls  when the pressure is on was a major factor in his success at this level of management.

Was Sam that important to Kerry?

In looking back at Kerry and Galway in the football final I found it difficult to listen to the chorus from Kerry about them needing to win this final.

The talk about the famine and the fact that Kerry had not won the All Ireland for eight years made it seem like they had a divine right to win this year, but did they “need it” more than Mayo or many of the great counties that have battled year in and year out and not just for the last eight years? I don’t think so. 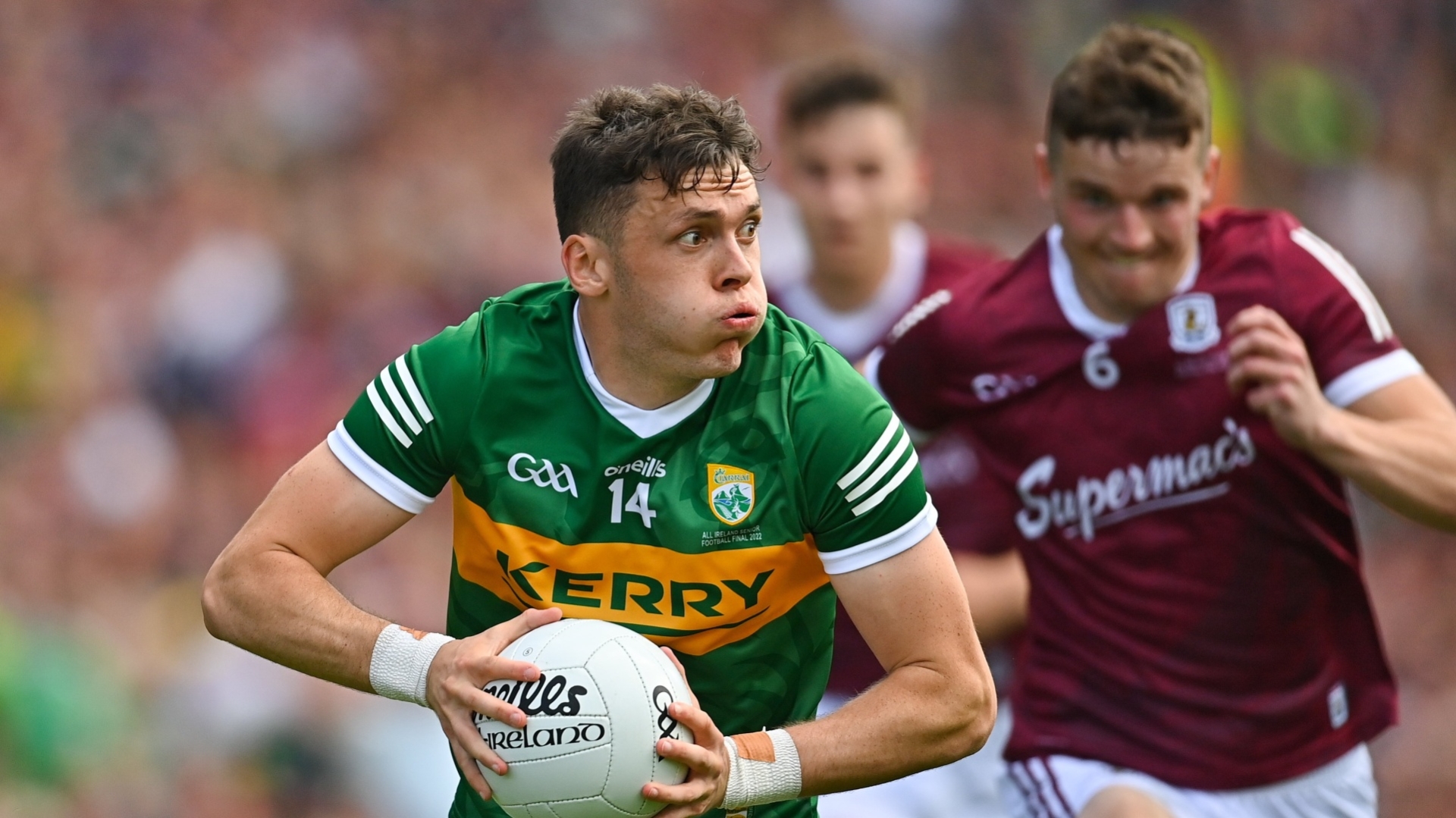 As for the match itself the performance of David Clifford and Galway’s Shane Walsh showed skill of the highest order, and it was their outstanding ability to kick points from 40 to 50 yards that was the games highlight.

They are two superb players but because the game has changed so much few players can match Clifford and Walsh in this regard.

Going into the archives Donegal’s Joe Winston and Manus Boyle, Tyrone’s Peter Canavan and Conor Mc Manus from Monaghan all had this ability to put them over from all angles.

In today’s game the monotony with the back pass usually to the goalkeeper sees very few players with the skill to kick from distance and it is almost a lost art.

In soccer the back pass rule was introduced in 1992 to discourage time wasting and unduly defensive play after the 1990 World Cup was described as exceedingly dull with rife back passing and goalkeepers holding up the ball.

This rule is considered one of the most popular and successful rule changes ever made in soccer, and it also means that goalkeepers must become more proficient with playing the ball with the foot.

While I would be reluctant to make many changes the back pass needs to be addressed as it makes for a boring spectacle and the sooner this happens the better as our games will become much more attractive and skillful if the “cop out to the goalkeeper” is to become history.