The time was right for Bonner to make his exit but - in time - Donegal GAA could surely do worse than find a role for a man whose passion for and knowledge of Gaelic football in the county is unrivalled, writes Chris McNulty 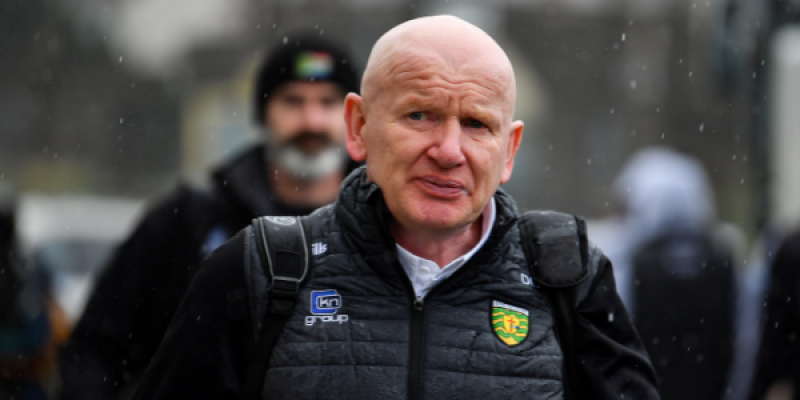 A May morning in 2021 offered an insight into the lasting impact of a day that will haunt Declan Bonner for some time yet.

A little more than six months prior, Donegal lost the strangest of Ulster finals.

Bonner’s second coming as the Donegal manager in the autumn of 2017 came after Rory Gallagher’s tenure ended with a jarring 4-17 to 0-14 qualifier defeat by Galway in Sligo.

The first two summers brought Ulster titles, but there were signs of the inconsistency that was a feature of the reign - something the Na Rossa clubman highlighted two weeks ago when officially announcing that he was leaving the role - in subsequently missing out on reaching All-Ireland semi-finals.

Covid-19 pulled the rug from action in 2020. The week Donegal were supposed to face Tyrone in the Allianz League at Sean MacCumhaill Park was the same week Leo Varadkar, the then Taoiseach, announced lockdown measures. Sport had the pause button pressed. When it resumed some months later, spectators were absent.

Donegal overcame Tyrone and Armagh - impressively so in each instance - but the bells of St Patrick’s Church of Ireland Cathedral in Armagh city tolled that November to bring an eerie end to three-in-a-row talk.

Bonner’s Donegal were aiming for the first three-in-a-row, but a 1-13 to 0-12 defeat by Cavan, who were winning their first provincial crown since 1997, would leave scars that have yet to heal. 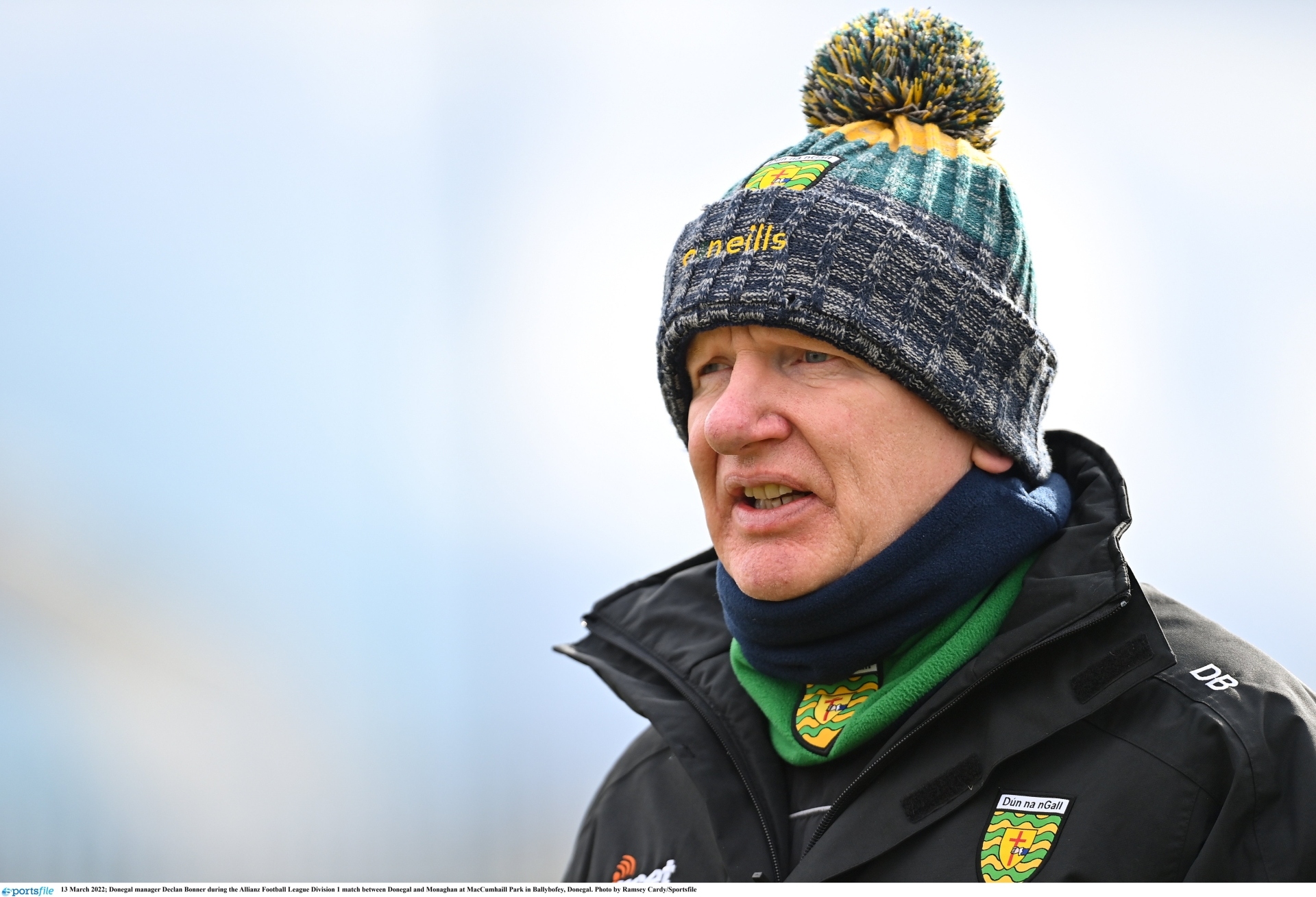 On the week of a League game against Armagh in May 2021, Bonner sat at a press conference at the Donegal GAA Training Centre. Defender Paul Brennan was wheeled out for media duties. Those present wondered of the Bundoran player about the impact of that shock defeat by Cavan. Bonner snapped.

"Can we move away from the talk about Cavan in the Ulster Final?” Bonner said. “We're moving on to what we're doing at the minute. I don't want any more talk about what's gone on in the past.”

It was a rare moment where the generally good-humoured Bonner showed his ire to the media.

Last week, when ending his five-year term as the Donegal manager, the 1992 All-Ireland winner noted the 2020 Ulster final as being a ‘big, big disappointment’.

“I felt that defeat definitely had an impact on the group and it felt as if it was always there in the back of our minds,” Bonner said.

“We were very close to doing three-in-a-row and we had been playing really good football. It’s hard to put the finger on it because I felt as if we were making great headway.” 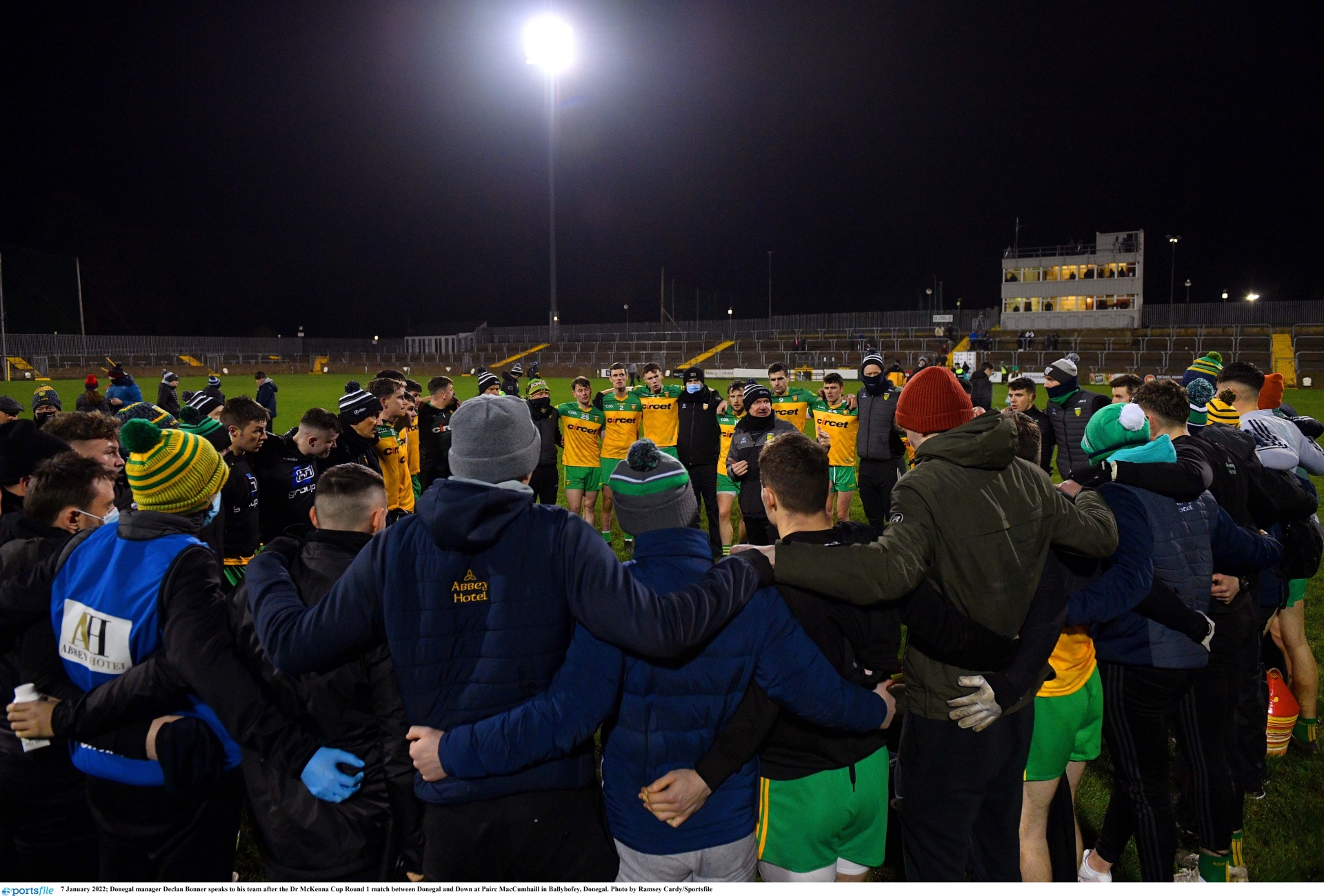 The draw decreed that the winners of the Donegal-Cavan game would meet Dublin in an All-Ireland semi-final. The talk in the build-up to the final was dominated by Dublin.

“It is not us in the group who are talking about that,” Bonner insisted as he assessed the loss. “It’s there and you guard against it as best you can. That was the poorest performance I’ve had since I came back three years ago.”

Bonner, whose previous three-year tenure ended in 2000, returned as a natural successor to Gallagher having guided Donegal to success at under-16, under-17, under-18 and under-21 levels.

Donegal won the 2018 and 2019 Ulster finals, defeating Rory Gallagher’s Fermanagh in the first with Cavan beaten the next year. Those campaigns would end with ‘what ifs’ uttered by the firesides across the winters that followed.

In August 2018, Donegal were 1-11 to 0-10 ahead of Tyrone midway through the second half of a Super 8s game at Sean MacCumhaill Park. Michael Murphy’s first Championship goal since the 2012 All-Ireland final looked set to propel Donegal into an All-Ireland semi-final.

The tide turned and Tyrone outscored them by 2-7 to 0-2 in the final quarter. A first League of Championship defeat in Ballybofey for 21 matches dashed the dreams.

“We were playing well and I thought we were in control of the game. We had no fear going into this game. If we played to the level we knew we were capable of doing, and avoided those mistakes in terms of getting turned over, we had a big chance, and ultimately that's what let us down.” 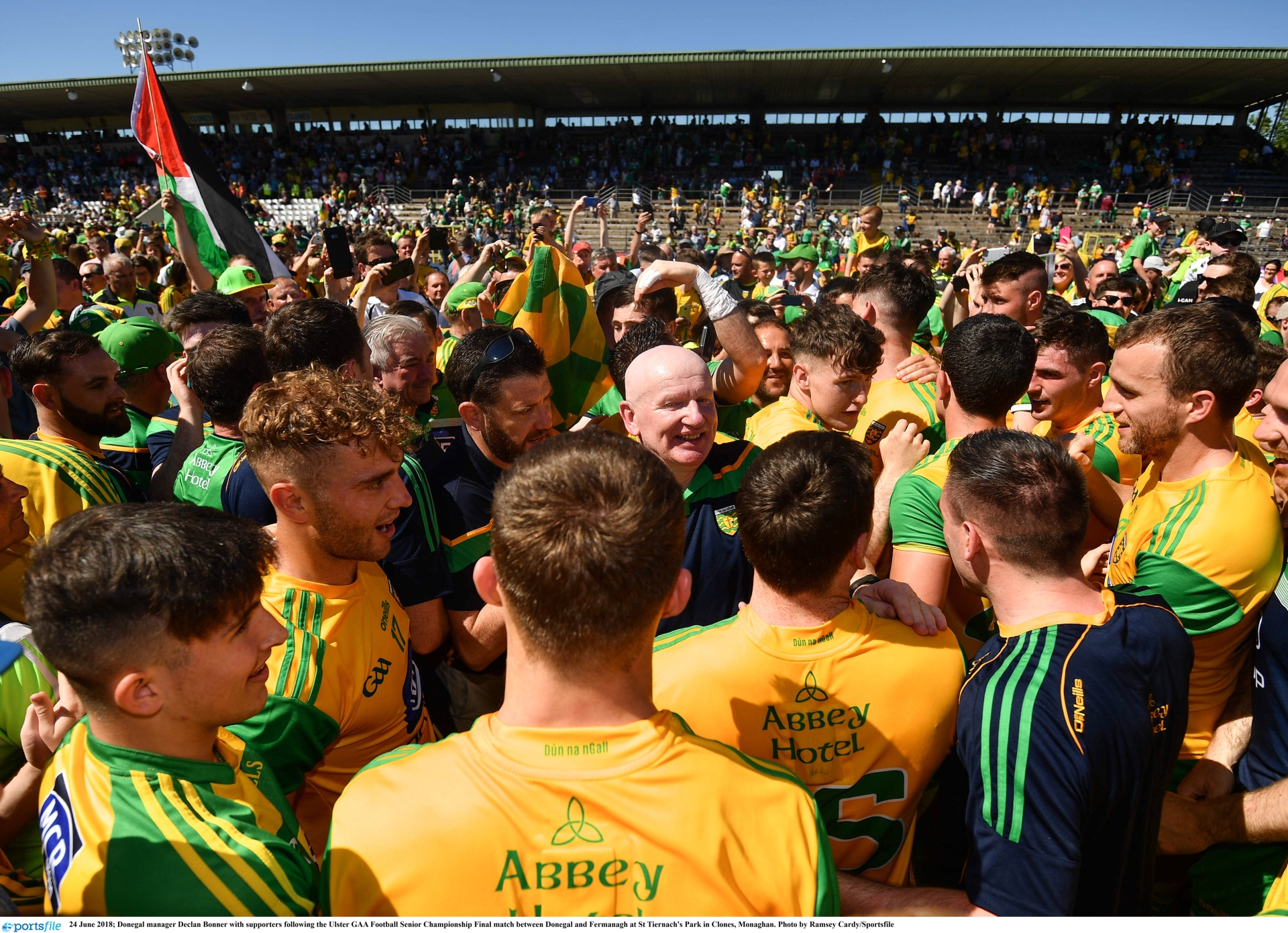 A year later, Murphy’s penalty narrowed the margins against Mayo on a soaking Saturday in Castlebar.

Mayo prevailed 1-14 to 1-10 and Donegal were left cursing one that got away. Again.

"You can't afford to kick the wides we kicked in the second half and get a result at this level," was the blunt assessment offered by Bonner as he stood in the teeming rain.

“We have been scoring all season and they were decent chances - and not just one or two. We had a lot of wides in the second half which was disappointing."

When the 2021 campaign ended with a defeat by Tyrone, Bonner weighed up his options. As he strode across Dooey Beach, he decided to give it another whirl and was given a fresh two-year term. In ordinary times, perhaps he would have listened to his head and not his heart in those moments.

He would serve the first of those years, but the 3-17 to 0-16 reversal by Armagh in June brought the curtain down.

Bonner declined media duties in the aftermath of that loss in Clones, knowing that his time was up.

An Ulster semi-final win over Cavan this year brought, as Bonner described at the time, ‘redemption more than anything else within the group’.

In the final, Donegal were two in front with  10 minutes to go. The Anglo Celt Cup was within touching distance. Derry forced extra time and the Oak Lead, with Gallagher as manager, emerged 1-16 to 1-14 winners.

“When we did perform, we performed as well as any team in the top tier,” Bonner said last week. “It was the inconsistency over a period of time that let us down.”

Bonner recruited Stephen Rochford, who guided Mayo to back-to-back All-Ireland final appearances, as coach for his second year at the helm and the Crossmolina man remained on the ticket for the remainder of Bonner’s tenure.

Outside of the senior set-up, Bonner’s influence on the development of the Donegal GAA Academy was obvious. Karl Lacey, a selector to Bonner in 2018 and 2019, is the Head of Academy Development, and Aaron Kyles, who was also on Bonner’s backroom as a coach, was appointed as Games Development Manager.

The time was right for Bonner to make his exit but - in time - Donegal GAA could surely do worse than find a role for a man whose passion for and knowledge of Gaelic football in the county is unrivalled.