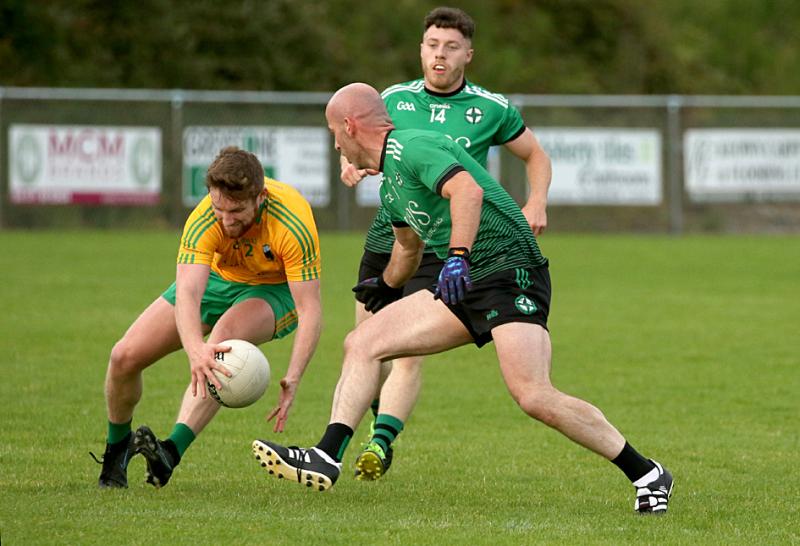 Naomh Columba got the expected win against Naomh Brid in the opening round of the Intermediate Championship but they were far from fluent.

On a good evening for football, the fare on show was mediocre at best at Trummon on Saturday evening.

There was a fresh breeze blowing towards the Laghey end of the ground and Naomh Columba won the toss but it was the home side who started brightly against the wind with Gearoid Gallagher waltzing through from midfield to fire over the opening point on 13 seconds.

A Sean Gormley turnover led to a second point with Ryan Brogan supplying a good pass for Eoin Quinn to come forward and take a good score.

There were 12 minutes on the clock when Naomh Columba first troubled the umpire with Ryan Gillespie pointing a free. It was to be a feature of the opening half with Gillespie adding three more before the break, two after fouls on Aaron Doherty, who was well marshalled by Eoin McGarrigle, both players wearing the No 11 shirt. 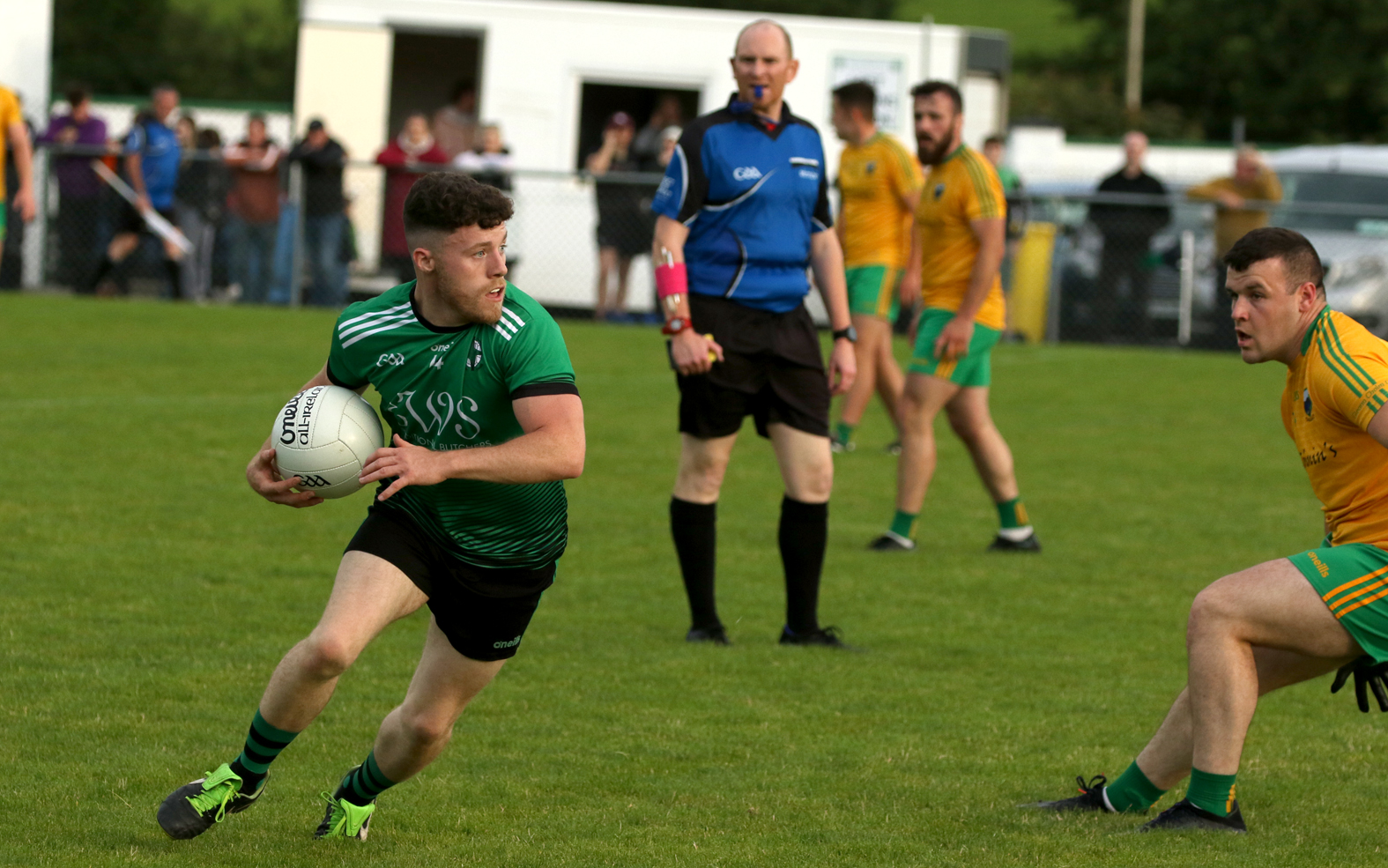 Gillespie had edged Naomh Columba in front on 20 minutes but Naomh Brid hit back with two Eoin Rush frees a minute from the break. Naomh Columba finished the half well with Kevin McNern on the end of a good move and his effort went just over Pauric McDaid's crossbar before Gillespie's fourth free a minute into added time left it Naomh Brid 0-4, Naomh Columba 0-5 at the break.

Within seven minutes of the restart the game was almost gone from Naomh Brid as Ryan Gillespie pointed a free and a good Naomh Columba move involving four or five players ended with Ryan McNern crossing for Paul O'Hare to palm home the only goal of the game.

The gap of five points was increased when Ryan McNern pointed and although Eoin Rush cancelled that score after a late tackle on Callum Gallagher was punished, the home side were dealt a further blow when they lost Eoin McGarrigle to a straight red card on 44 minutes. McGarrigle was having a ding-dong battle with Aaron Doherty, but he was cited for a tackle off the  ball.

Naomh Columba should have had a second goal when another good move finished with Declan McGuire palming just over the crossbar. Gearoid Gallagher replied for Naomh Brid but two quick points from Paul O'Hare and Ryan Gillespie had the visitors 1-10 to 0-6 ahead with nine minutes left.

That was to prove the last score for Naomh Columba as Naomh Brid finished the stronger with points from Darragh Brogan (blazing over with a goal at his mercy), Callum Gallagher (a magnificent strike from distance) and Darragh Brogan again. With four points between the sides as the game entered added time Shane Walsh (back again after injury) was denied from point blank range by Paddy Byrne. However, at the other end Naomh Columba also butchered a goal opening with the ball coming back off a post.

Naomh Brid lost Liam Duffy to a black card in the final minute.

Overall Naomh Columba will be happy with the win, if not the performance. They were strong favourites to win this game but they have plenty of room for improvement. Naomh Brid will target the Red Hugh's and Convoy games and will still harbour hopes of making the quarter-finals.