Dungloe opened their Donegal IFC with a 3-10 to 0-9 win against Burt, with manager Dessie Gallagher admitting that they'd have taken any sort of win to get the show on the road 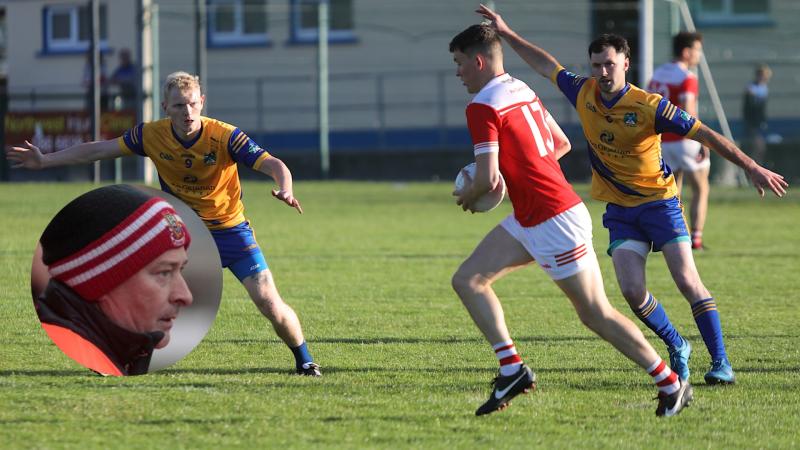 After last year’s Donegal IFC replay final defeat for Dungloe it was a case of getting out the gate with a win over Burt on Friday night for manager Dessie Gallagher.

The Rosses Park side went down to Cloughaneely last year before opening their 2022 campaign with a fine 3-10 to 0-9 victory at Division 3 champions Burt.

“It was great to get the result as for performance the way we were going in the league it was all about getting out of here with a win,” Gallagher said.

“We would have taken a one-point victory here today. The important thing is that we have the two points on the board and try to build on that. Burt is a hard place to come as every one in the county knows that.

“They put it up to us for long spells and the lead was back to two points well into the second half until we got the second goal. And only for that they would have been coming at us again.

“We got a break too for the first goal and Oisin Bonner scored. They always say goals win games and that is what happened tonight.”

Dungloe played against a stiff breeze  in the first half and led by three points at half-time, as Bonner’s fifth minute goal made the difference.

Dowds: Injury-hit Burt must dust themselves down ahead of Malin clash

“At half-time we were unhappy with some of the things we were doing and also happy with the number of scores we got,” Gallagher added. “We always knew it was going to be a battle in the second half.”

It took Dungloe a long time to get going in the second half and Burt twice pulled the lead back to two points before Oisin Bonner struck for the second goal.

“The second goal opened up a five point lead and gave us a bit of breathing space,” Gallagher said. “It also meant they had to come out and chase the game and that left openings at the back and we tagged on a few more points to extend the lead before Barry Curran wrapped it up with the third goal.”