Dowds: Injury-hit Burt must dust themselves down ahead of Malin clash 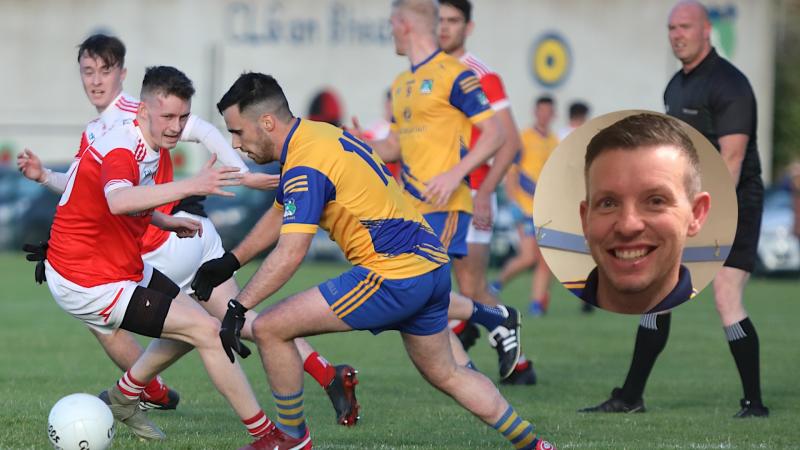 For Burt manager Ciaran Dowds and his team it is a matter of dusting themselves down after Friday night’s first round defeat by Dungloe.

The Division 3 champions were taught a harsh lesson as they competed for long periods before succumbing to a 10-point loss with the Rosses Park team running out winners on a 3-10 to 0-9 scoreline.

“We have Malin away next weekend and it is not going to be easy,” Dowds said.

The former dual championship winner also bemoaned a long injury list ahead of Friday night’s showdown with last year’s beaten finalists who play in Division Two of the ACFL.

“We were down to eight men there tonight and that is no exaggeration,” he added. “We had one man down with covid and one away on holidays and the rest the  other six  are injured.

Ciaran Brady, our goalkeeper, rolled his ankle last weekend in the hurling final and he was on crutches there tonight. Our wing-back Keith McColgan has done his medial ligament and we lost a couple of other fellows at training during the week.”

Reflecting on Friday night’s defeat,  Dowds was disappointed because he felt they had put in a big shift and the final score was not a true reflection of the game.

“We were well in the game and we had them back to two points with 45 to 50 minutes gone,” he said. “Then we got caught with a long kick-out from Danny Rodgers that went over the top of midfield and broke one of our men and they broke and stuck the ball in the net.

Dungloe opened their Donegal IFC with a 3-10 to 0-9 win against Burt, with manager Dessie Gallagher admitting that they'd have taken any sort of win to get the show on the road

“That was the turning point and we gave away a very soft goal in the first half too, in the first five minutes. A big high ball into the goalmouth and we did not deal with it and they scored a goal.

“But having said that we were well in it at half-time and we were happy enough up to the 50 or so mark when they scored the second goal. Their third goal in injury time probably wasn’t a fair reflection on the game. But we are just going to have to dust ourselves down and get back at it.”