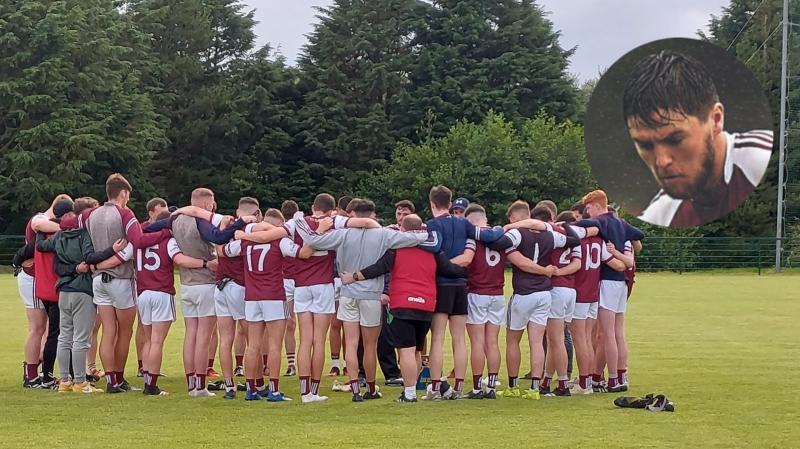 The Termon panel in Portsalon on Saturday and, inset, Daire McDaid

Daire McDaid says Termon will have to keep their focus facing forward in the rough and tumble Donegal IFC.

Francie Friel and Johnny McGinley’s side were in a winning position in Portsalon as with a 0-13 to 0-7 lead on 50 minus before a goal from Gaeil Fhánada’s Michael Sweeney shifted the balance of power and the match ended in 0-14 to 1-11 draw.

“We were six in front with 10 minutes left. But Fanad are a really good team and we knew that coming down here. It was always going to be a tight game and fair play to them for making the comeback and getting the draw. Michael’s goal was a great finish but we need to learn how to see it out. It really lifted their spirits.”

Termon didn’t manage to win in Division 1 of the All-County Football League this season but as the side who came into the IFC from the senior ranks, are one of those who have their possibilities.

“It’s a different mindset as for us in the Senior Championship it was always about trying to win a game or two whereas in the Intermediate Championship we’re talking about maybe a point dropped, McDaid added.

“At the same time, it’s a point on the board which we picked up away from home and we aren’t going to dwell on this as we need to move on and have a look at next week now.

“It’s a really competitive championship and nobody can really pick a winner as any one of a number of clubs can win it. It’s a real dogfight. We’ve Naomh Muire at home and they’re a good side so that’s who we’re looking at now.