Gary Duffy and Buncrana look to improve their efficiency

Buncrana welcome Division 2 winners Downings to The Scarvey this weekend for their latest IFC assignment after a win over St Mary's, Convoy 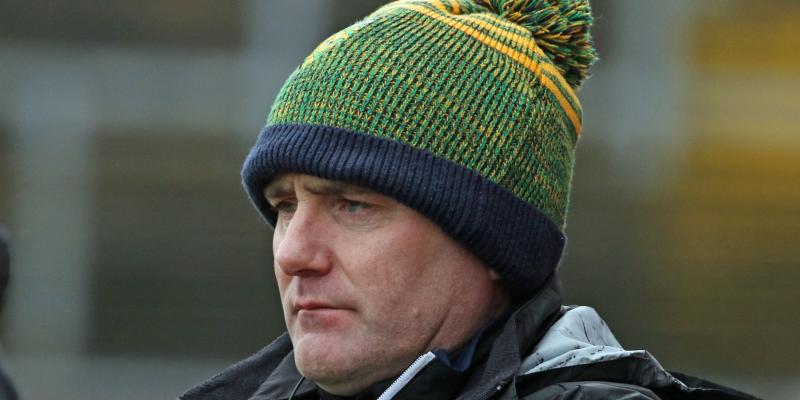 Duffy is well aware that his side got away with posting 18 in Convoy, but warns that other Championship afternoons mightn’t be as kind.

Darach O’Connor’s goal in the second half helped Buncrana to a 1-12 to 0-9 win in the IFC at Pairc Naomh Mhuire, but those 18 wides and another two attempts dropped into the hands of Mark Gordon, the St Mary’s goalkeeper, was of concern to Duffy.

“Buncrana have done that for a while, panicking a bit and making life difficult for ourselves,” Duffy told Donegal Live.

“Our shooting boots were great and we accept that. We have a lot to work on.

“We have an opportunity to fix that now. If it were knockout football, it wouldn’t be so forgiving. We have that chance now to put it right. We normally don’t clock up that many wides so we’ll reflect and fix it.”

St Mary’s led 0-5 to 0-4 at half-time and Buncrana did enough in the second half to get the win.

“It was good to get the two points, first and foremost,” Duffy said. “A win in Convoy any day is a good day. They’re a tough team and they made it hard and physical for us.

“Half-time came good for us because we were able to reset and we got a good bounce in the second half. It was a matter of knowing what we were doing wrong and trying to fix it. We fixed it well.”

Conor Grant and Sean Doherty had to come off injured in the first half and will be regarded as doubtful for the visit of Downings - the Division 2 winners - to The Scarvey this weekend. Doherty’s injury appeared the most serious of the two with Duffy somewhat hopeful that Grant will be able to shake of the affects of a dead leg.

Oisin Hegarty and Adrian McColgan are nearing returns from their respective injuries.

Duffy said: “We didn’t have strength in depth throughout the League and it’s nice to have that back.

“Dowenings are high flying and they’re coming to The Scarvey as Division 2 champions. Wee will need our A game with us to get anything off Downings.”