With the Donegal SFC starting tomorrow, Glenswilly clubman Greard McGrenra believes there are only three sides capable of wining the Dr Maguire Cup 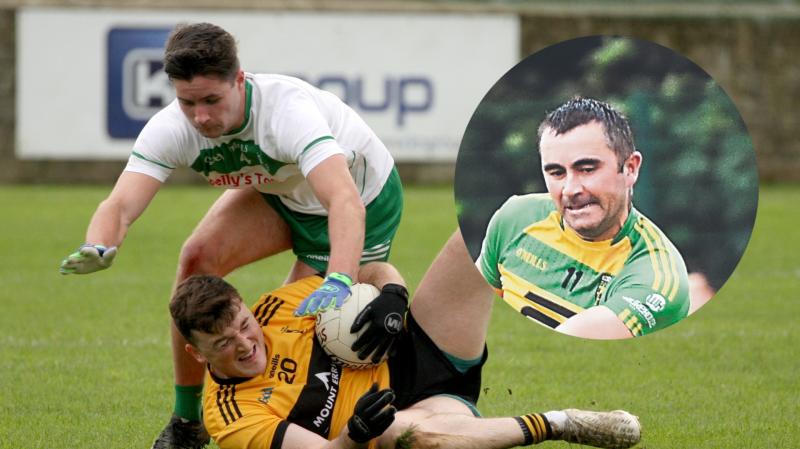 The Letterkenny side open their campaign with a home fixture at O’Donnell Park, against St Naul’s. It is one of eight first round games - three on Saturday and five on Sunday down for decision on the opening weekend of the pursuit of the much coveted Dr Magure Cup.

“The draw has been favourable for St Eunan’s and I expect they will hope to ease themselves back into the championship like they did last year, ” says Gerard McGrenra, a three-time championship winner with Glenswilly.

“They are home to St Naul’s in round one and then they are away to Bundoran in the second. They are two games they will be expected to win which would put them into a good position going into the final two rounds of games. 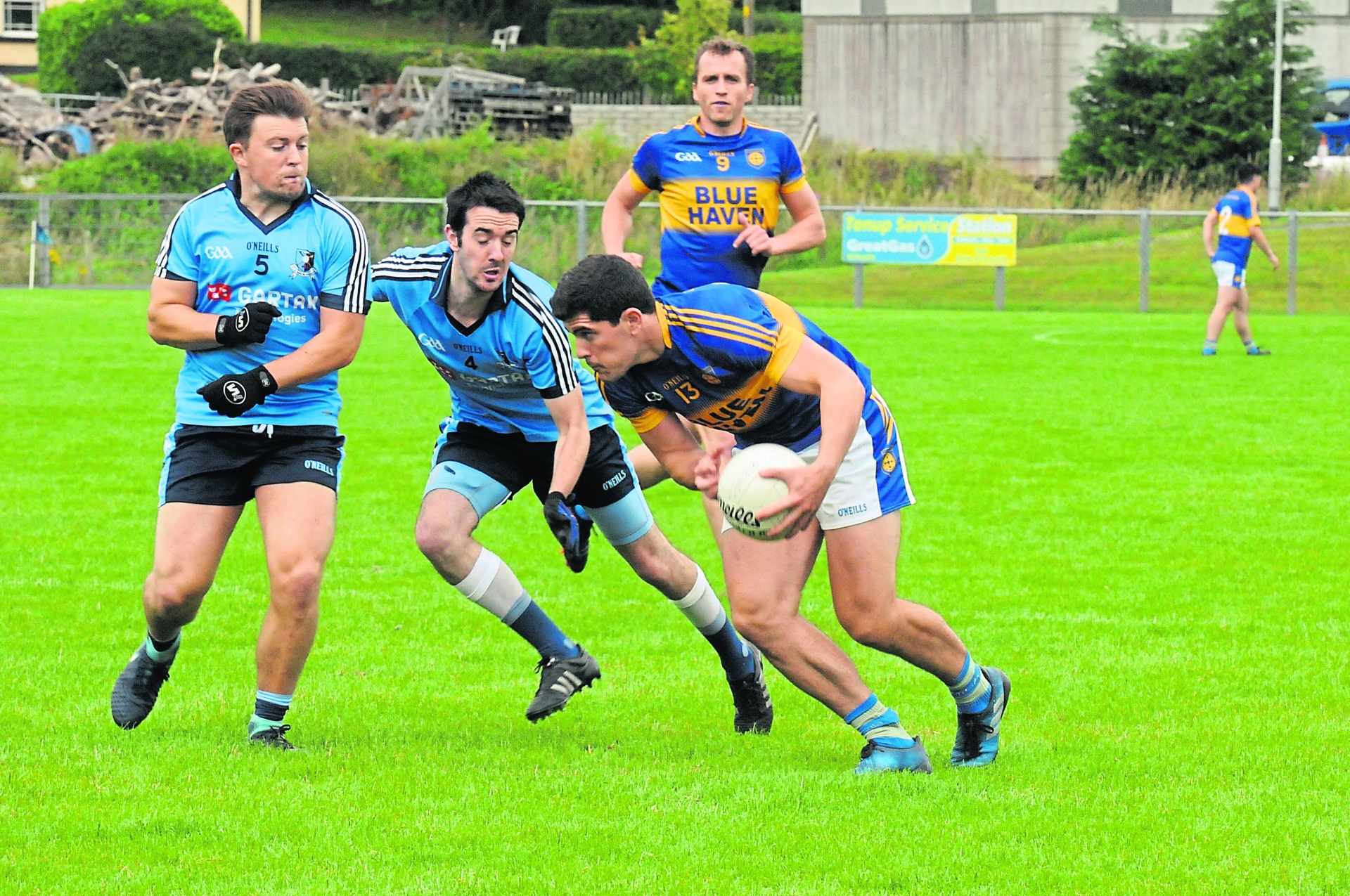 McGrenra, a championship winner in 2011, 2013 and 2016 feels the draw has been kind enough to Kilcar too. They have Milford in Towney on Sunday and are away to Cloughaneely, in round two. Of the top three, he feels Naomh Conaill has got the least favourable draw, with the Glenties side in pot two, meaning an away fixture in Glenswilly before welcoming Killybegs.

McGrenra believes the co-called ‘big four’ has been reduced to three.

“It’s a three horse race for me,” he said. “Gaoth Dobhair had been up there as well and St Michael’s were in about the top four or five for a few years.

“Gaoth Dobhair have dropped back since winning Ulster in 2018 and St Michael’s have not replaced Colm McFadden and Christy Toye and have dropped back a bit too. Going on form and consistency Kilcar and Naomh Conaill have been there at the top for a good few years and St Eunan’s came through last year and won. They have a lot of good young footballers and Rory Kavanagh has got them playing well and to a system.”

Naomh Conaill’s unfavourable draw will test Martin Regan’s side. Thus far only rounds one and two have been drawn and the round three draw after the last match of round two - MacCumhaill’s against Four Masters on Sunday week - with the round four draw then taking place after the conclusion of round three.

Each team will play four games with the top eight overall qualifying for the quarter-finals. The reasons for the two groups which were drawn so that each team can be guaranteed two home and two away games.


“It’s a sticky one for Martin Regan and Naomh Conaill and really means they cannot slip up in their first two games,” McGrenra said. “They will be anxious to win both games. The last thing they will want is going into the second half of the draw without maximum points. Last year Aodh Ruadh ran them close in Ballyshannon with the match finishing in a draw.

“Glenswilly are not going well and ended up being relegated from Division 1. Along with St Naul’s, we were probably worst affected by the split season and not having our county men for the league.

“This is a sad week in Glenswilly with the death of a club legend Charlie Mandy McFadden and the death will disrupt preparations. But Charlie was such a legend and club stalwart and with Michael Murphy back the players might put in a performance for Charlie and cause an upset.” 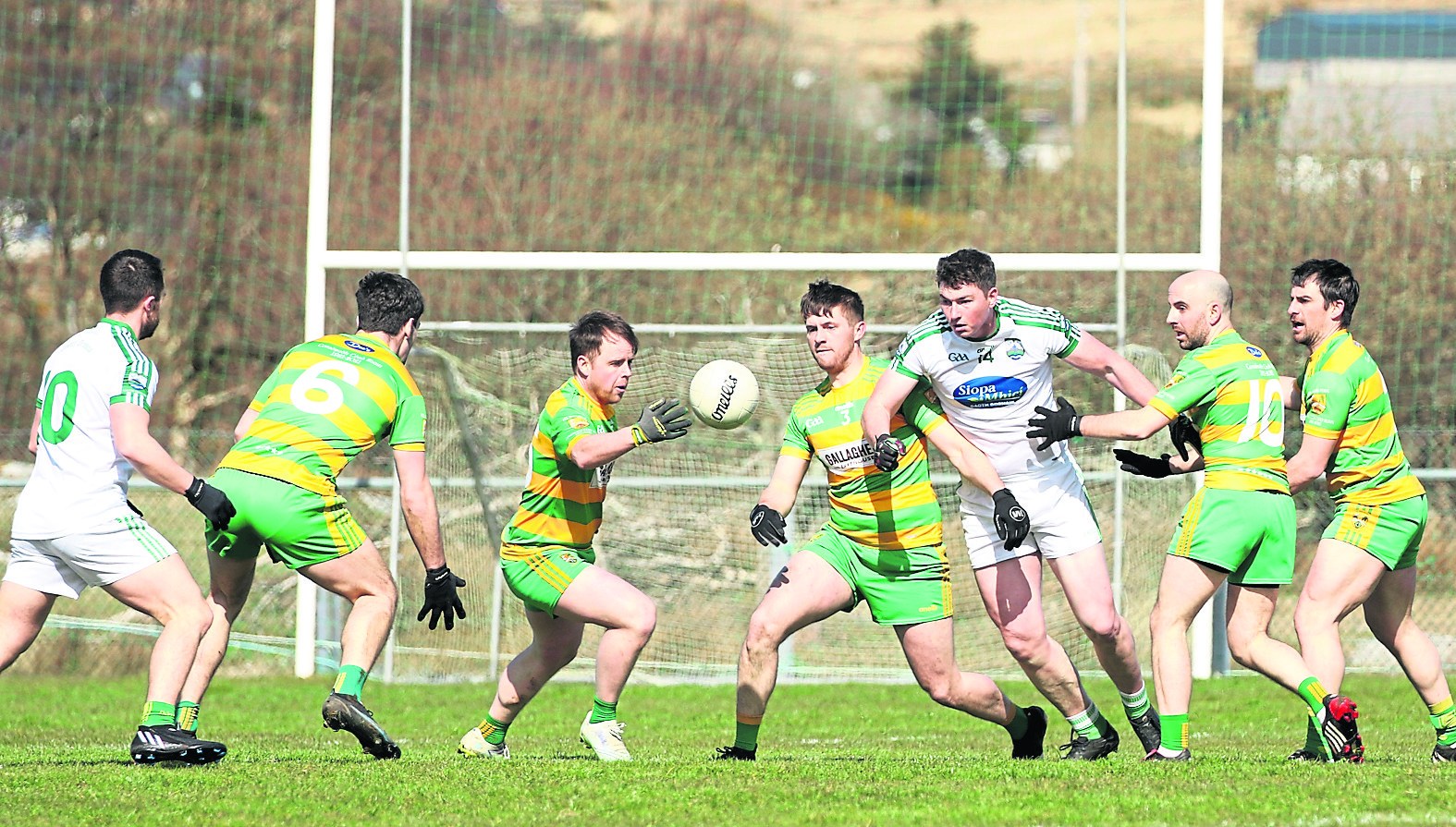 “I have been impressed with Glenfin this season,” McGrenra added. “They were comfortable in Division 1. Luke McGlynn and Shaun Ward are two good young forwards they have brought into the team this season.

“Aodh Ruadh also had a good league and were in the shake-up at the end. John McNulty in his first year has done well with them and like Glenfin I expect them also to comfortably make the quarter-finals. Gaoth Dobhair should also easily make the knockout stages and Glenswilly, despite relegation, should make it through.

“The final place is probably going to be between St Michael’s and MacCumhaill’s. They meet at the Bridge on Saturday evening and the outcome of that game could determine who qualifies.

That leaves Four Masters, Cloughaneely, Milford, Bundoran, Ardara, Killybegs and either Sean MacCumhaill’s or St Michaels battling to avoid being dragged into a relegation play-off. As for a winner, McGrenra is going for Kilcar.

The one change in the championship format from last season is in relation to relegation. The relegation play-off is among the bottom four compared to the bottom eight last year.