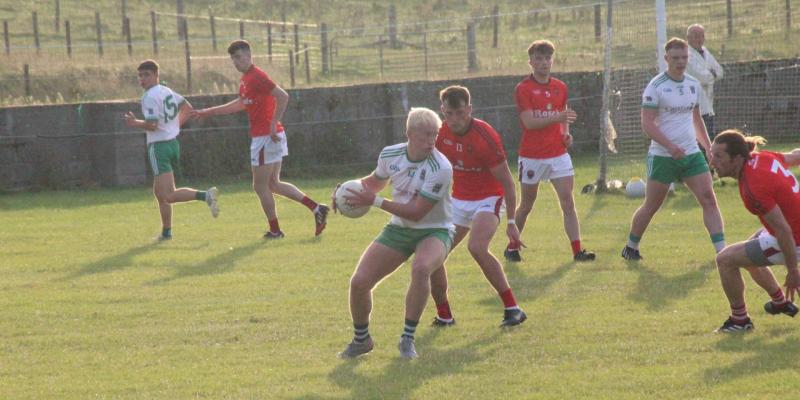 Chris McNulty at The Bridge

There was nothing to separate St Michael’s and Sean MacCumhaills in the Dunfanaghy sunshine on Saturday evening in the Donegal SFC.

The sides were level eight times over an absorbing hour. Even the goals - netted by Michael Langan and Joel Bradley-Walsh either side of the water break in the second half - followed each other swiftly.

Fed by Colin McFadden, Langan had time to steady himself and take aim, neatly slotting past Eoin Gallen into the far corner in the 45th minute.

St Michael’s won the subsequent kick-out and Donegal midfielder Langan landed a monster score to open a 1-9 to 0-9 lead.

MacCumhaills, who came from 0-5 to 0-1 down, had led for the first time when Steven O’Reilly posted five minutes into the second half and they were level when Bradley-Walsh rose in a crowded goalmouth to bat Oisin Gallen’s sideline into the net.

Late in the evening, Langan was off-target with a chance to win it from a free.

It was Lanagan who stroked over a fifth-minute free after he was fouled to put the hosts in front.

While the now bleach-topped Gallen - just back from a few weeks playing in the United States with the Philadelphia-based St Pat’s Donegal - equalised, the respite was brief for MacCumhaills.

Two from Lagan sandwiched tidy efforts from Hugh O’Donnell and McFadden as St Michael’s moved 0-5 to 0-1 ahead by the water break.

There were goal chances at either end in the opening half. The first chance of the game saw Bradley-Walsh’s close-range drive rebound back off his team-mate Gary Dunnion on the goal-line after Cannon punched away a Gallen ball in. 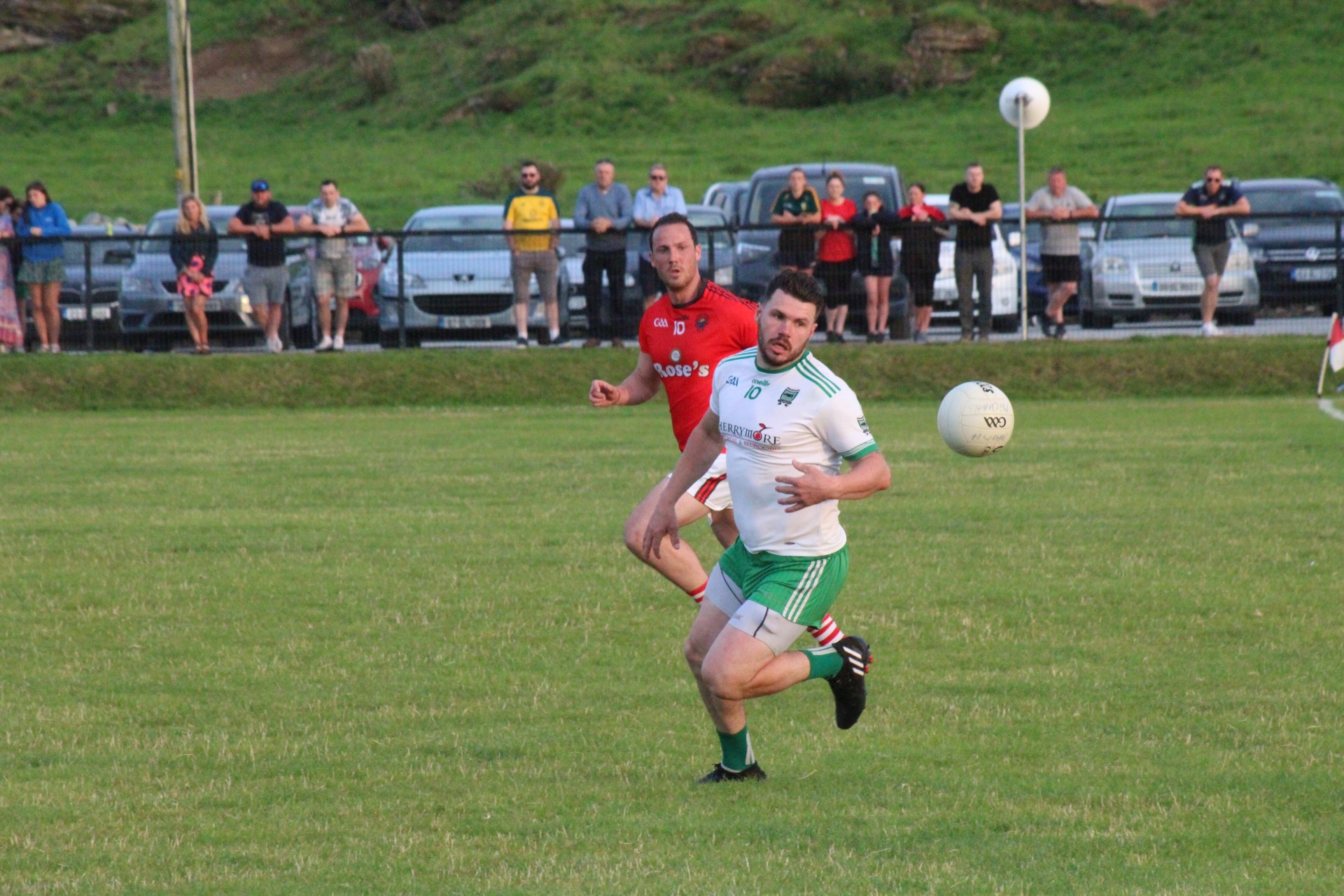 It is 11 years since St Michael’s were in the senior final. The torch has been passed from the Colm McFadden-Christy Toye axis.

St Michael’s, managed by Raymond McLaughlin and Cathal Sweeney, had a sight of the net themselves in the 17th minute. Langan’s perseverance created a chance for Martin McElhinney, but it was Dunnion, back guarding his own house now, who made the timely block to thwart the 2012 All-Ireland winner.

MacCumhaills arrived at The Bridge having booked a return to Division 1 of the All-County League thanks to a play-off win over Milford.

The Twin Towns men, under the stewardship of Darren O’Leary and Mark O’Sullivan, reached the quarter-finals last year, but scored just one point in each half in a 1-17 to 0-2 loss against Kilcar.

The Finnsiders hit back with the last four points of the first half, Bradley-Walsh booming over a free in stoppage time to make it 0-5 apiece at the interval.

Eoin Gallen saved from Bryan Creed after a surging run by Langan before O’Reilly hoisted MacCumhaills into the driving seat.

With the sun dripping down beyond Horn Head, Jimmy White called time with the sums, probably deservedly, all square.