A fortuitous goal in a early second half blitz put Aodh Ruadh on their way to a deserved victory over neighbours, Bundoran in the opening round of the Michael Murphy Sports SFC in Munday's Field. 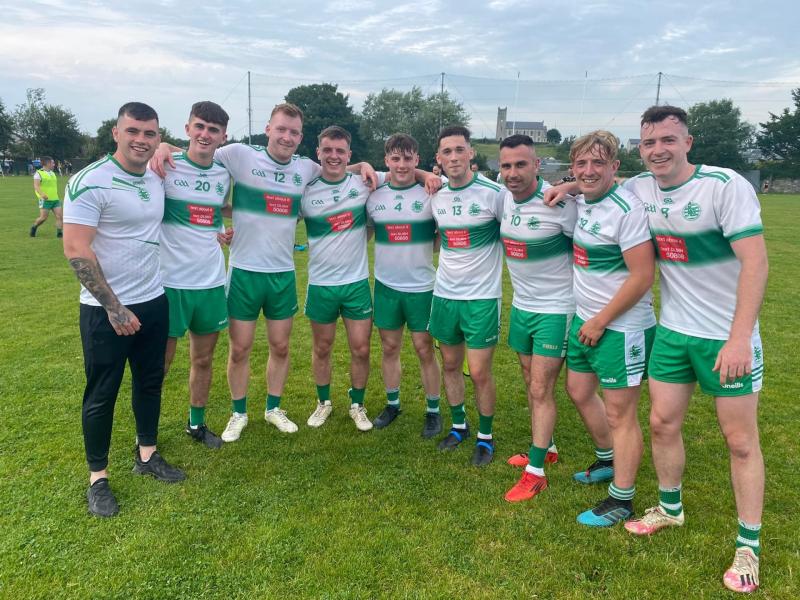 A fortuitous goal in a early second half blitz put Aodh Ruadh on their way to a deserved victory  over neighbours, Bundoran in the opening round of the Michael Murphy Sports SFC in Munday's Field.

It was not a game that will live long in the memory from a purist's viewpoint with just one point from play in the opening which ended 0-3 to 0-2 in favour of the home side.

John McNulty will have plenty to work on in training, especially in the area of shooting as the winners also hit 14 wides during the course of the game.

But overall, it was that period from the 32nd to 42nd minutes when Aodh Ruadh hit 1-4 without reply, which decided the outcome.

Aodh Ruadh started well playing towards the town end with Peter Boyle converting a '45' with just over two minutes on the clock and a minute later he fired over from a 50m free.

Bundoran lost Adam McGlone for a block off the ball on eight minutes but they eventually got into the game with Cian McEniff converting a mark on the 13m line after a great pass from Gary Clancy.

The Bundoran goal had a lucky escape shortly after when a high ball from Michael McKenna was contested by Matt Gillespie. The ball broke and Cian Rooney fired for the top corner only for Conor Carty to tip it out for a '45'.

Remarkably, Aodh Ruadh would not score again until the 30th minute when David Dolan lofted  a good point. By that stage they had accumulated  eight wides. Bundoran had just one other point, a good point from distance from Gary Clancy from a free.

The second half, thank God, was a little more lively with Shane McGowan showing the way, finding the range after just 38 seconds to level matters.

But by the 35th minute the game had taken a big change with Bundoran 'keeper Conor Carty having two difficult moments. Firstly he fouled Aodh Ruadh half-time substitute Nathan Boyle for an easy free for Diarmaid McInerney.

Carty's kick-out went astray and Aodh Ruadh almost botched a goal chance but they got a point from Eddie Lynch before Shane McGrath burst through and saw his shot end in the net, over the head of Carty.

Michael McKenna cut in for a classy point and McInerney added another to push Aodh Ruadh clear 1-7 to 0-3.

Bundoran brought in big Ciaran McCaughey and Peter McGonigle but it took full-back Johnny Boyle to come forward to show the way with a point on 48 minutes.

Peter Boyle had to fist a dangerous Gary Clancy effort clear before Clancy cut the lead to five points with a 58th minute free.

Michael McKenna replied with a replica of his first point and even though Bundoran had plenty of possession, they couldn't procure a goal opening with Gary Clancy surprisingly electing to take a point from a free deep in added time.

Just before the final whistle Bundoran lost Oisin Walsh to a second yellow card after he was third man in when Nathan Boyle and Johnny Boyle clashed.

Subs: Ciaran McCaughey and Peter McGonigle for A McGlone and McNulty (42); Brian McHenry for McManus (42); Niall Carr for Hoey (52)