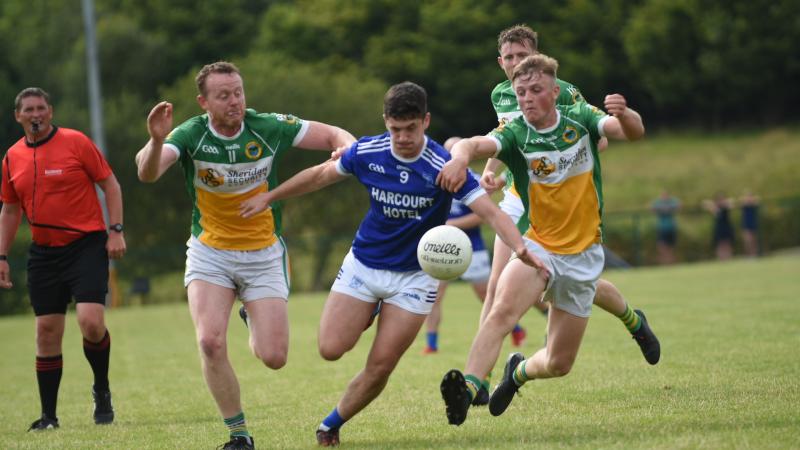 Glenswilly pulled off a Houdini act as they came from behind to snatch a dramatic late draw with Naomh Conaill.

Nobody was leaving Pairc Na Columba as referee Martin Coll’s watch ticked into injury time. Naomh Conaill who had shown come back from five points down early in the game to take the lead in the closing minutes of an absorbing contest that ebbed and flowed all afternoon.

Ciaran Thompson seemed to have finally sealed the win with a long range point to nudge his side ahead two minutes from the end of normal time.

But Gary McFadden and Glenswilly had other ideas and the locals would have felt the players well enough not going  home without something to show for their Trojan effort.

McFadden off his left in a tight space kept his nerve to tie up the game after the ball broke in the Naomh Conaill goalmouth. And seconds later he was marching  back to the dugout after being shown a red card after Brendan McDyer had been stretched out on the ground in his own half of the field.  McDyer had been felled before McFadden had drawn the match.

And the purists in Pairc Na Naomh Columba lucky enough to watch must have thought they had gone back in time as two of the custodians of the possession-based, short passing, defensive game cut loose and went for it. And there was no shortage of the long delivery and goalmouth action and dust rising in the large rectangle.

Glenswilly, with Michael Murphy playing on the edge of the Naomh Conaill large rectangle, got off to a lightning start. And they had a goal and two points registered inside the opening three minutes.

Murphy opened with a 13-metre free after he had been fouled as he descended  from the clouds with the ball. And he got a fist to a long high McFadden delivery into the Naomh Conaill goalmouth.

In between, Jack Gallagher didn’t look a gift horse in the mouth when he intercepted a Stephen McGrath kick-out for an opportunist point. But Naomh Conaill didn't panic. They have too many miles on the clock for that. Thomspon claimed a few marks around the middle of the field and John O’Malley rolled back the clock to kick two fine points. 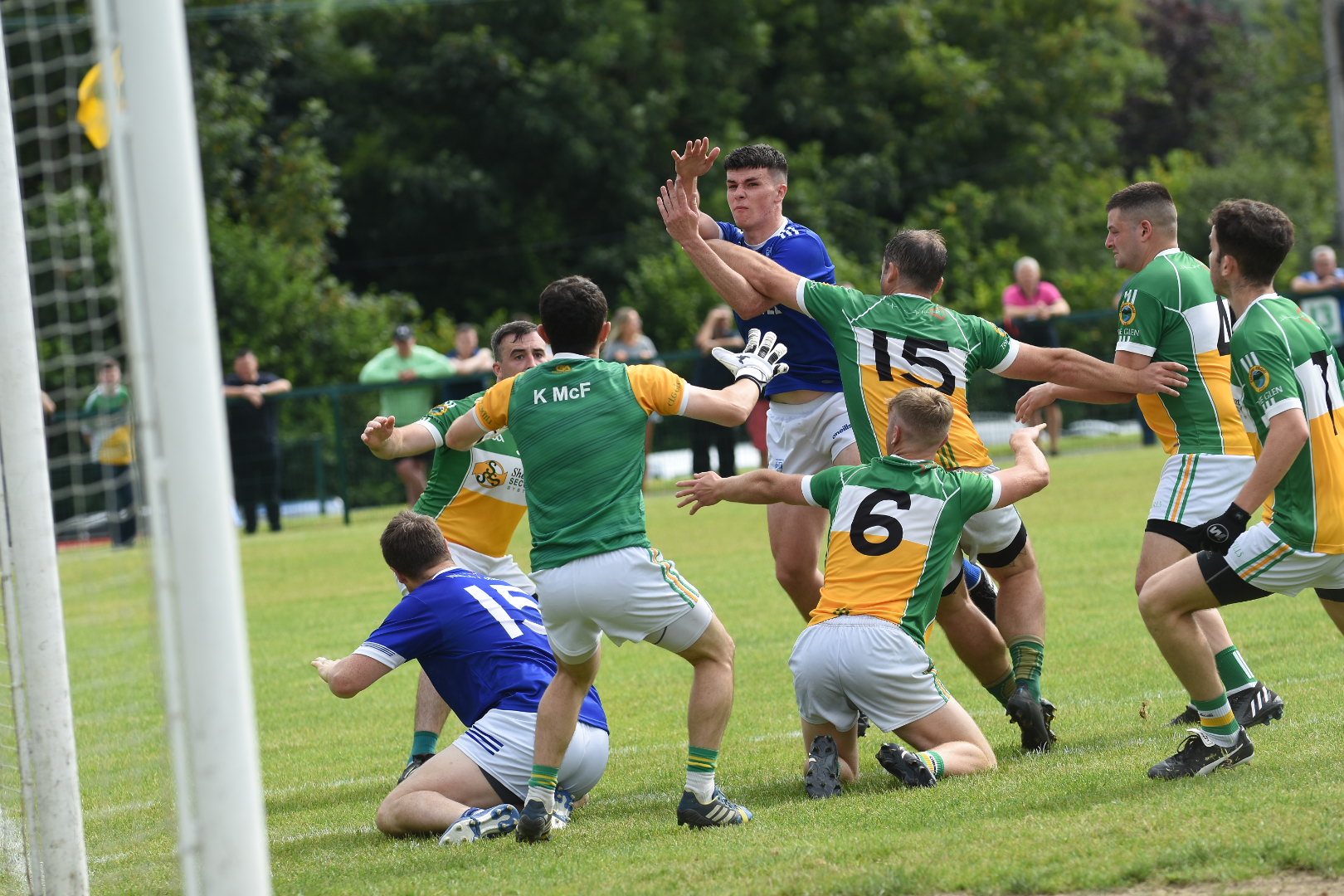 McDyer clipped over another and all of sudden there was only two in it with less than 10 minutes on the clock. Naomh Conaill had claims for a goal flagged by the umpire ruled out by the referee after the ball came down  off the underside of the crossbar.

Caomhinn Marley kicked a monster point and Murphy from a mark and long range saw Glenswilly lead by four points at the first half-water break. But O’Malley landed his fourth point of the half and Ciaran Thompson and Ethan O’Donnell raised white flags to tie up the game at the half-way stage. Glenswilly 1-5 Naomh Conaill 0-8 was the half-time score.

The long, high delivery continued to pay dividends again in the second half with Naomh Conaill to reap the reward. A long raking Ciaran Thompson ball from out the field was fielded by Charlie McGuinnes on the edge of the square and despite being surrounded by a number of defenders McGuinness found the net for a 1-8 to 1-5 lead.

That was on 36 minutes and when Keelan McGill tapped over Naomh Conaill were four up for the first time. But the dust had barely settled on the McGuinness goal when Murphy from the penalty spot stuck for goal number for the locals. Again the penalty came from a loing high delivery tapped into the arms of Shane McDevitt who was fouled for the spot kick.


And the margin was still one at the second water break  Naomh Conaill ahead. Kealan Dunleavy kicked a brilliant point to draw the sides level once more before Thompson nudged Naomh Conaill ahead again by one with the clock ticking on the hour mark.

But McFadden had the final say to snatch a late and dramatic draw on hopefully a defining day, in Donegal club football.