Brian McCabe runs the rule over the Donegal IFC quarter-finals

St Naul's clubman Brian McCabe believes this season's Donegal IFC is as competitive as ever, as eight teams remain 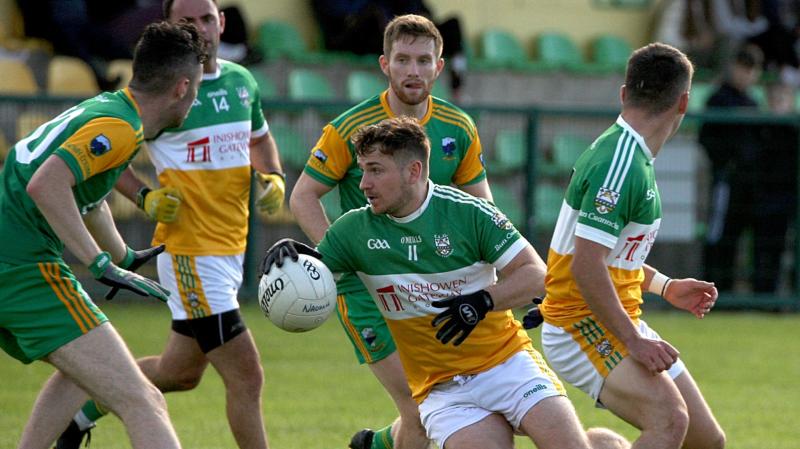 Of the four Donegal IFC quarter-finals to be decided this weekend, the clash of Buncrana and Naomh Columba is the hardest game to call.

That is the view of a double intermediate championship winner with St Naul’s, Brian McCabe. The game forms an attractive double bill with the meeting of Termon and Red Hughs. The remaining two quarter final ties are Dungloe and Naomh Muire, Lower Rosses, on in O’Donnell Park, on Saturday and Downings versus Gaeil Fhanada, is on at the Bridge, in Dunfanaghy on Sunday.

“The group games went along expected lines; the only surprise is that Malin did not make the last eight,” said McCabe. “They had just been beaten by Downings in a sensational finish in the Division 2 league final. They had a very good run in Division 2 and topped the table and were promoted to Division 1.

“ I know they had a tough draw but they still had started out as one of the favourites for the championship and they ended up losing their four games.

“They lost their opening game to Naomh Muire and this win and a draw with Gaeil Fhanáda was enough for Naomh Muire to take the fourth spot.

“You could say Naomh Muire is the surprise. But Danny O’Donnell is back again as manager and he has got a number of players back and they won promotion.
“They play Dungloe, which is a good big open pitch which should mean a good open fast game of football.

“It is hard to judge from that game because Dungloe had already qualified and were probably not at full strength and Naomh Muire were hoping to get something out of it because they still had not qualified at that stage.
“Dungloe have a number of quality players in the Curran brothers, Daniel Ward and Oisin Bonner. Young Karl McGee, a county minor last year, has broken into the team this year and is playing well.

“It is an interesting game and I expect it to be close but Dungloe are bound to be hurting after losing last year’s final and I feel that and the fact they are a better balanced side should see them over the line.”
Downings, the Division 2 league champions and last year’s Junior A champions, and neighbours Gaeil Fhanada face each other in the second game of the weekend.

“Downings had a very good league, were promoted and won the league final and apart from their defeat away to Buncrana, in the championship, they had big wins in their other three games,” McCabe said

“If I’m not mistaken, Downings only lost two in the league and one was against Fanad, who won the All-Ireland Gaeltacht this year and Barry Meehan from St Eunan’s is working with them this year and they have number of good quality players like Odhran and Oisin Shiels; Bernard McGettigan Eoghan Carr; Seami’Nannie’ Friel, Patrick Carr, Mark McAteer and big Michael Sweeney.

But in Johnny McGroddy and Lorcan Connor, Downings have two of the best forwards in the championship and they have been joined this year by Paddy McElwee. They have a fair bit of experience too and are one of the favourites for the championship. I expect Downings to edge this one.”

The first half of the double-header in O’Donnell Park on Sunday is the meeting of two of the favourites Buncrana and Naomh Columba.

“This one's for me the tie of the quarter finals and you can make a great case for both teams when you sit down to look at it,” McCabe said.

“Buncrana are powered by Caolan McGonagle and Peter McLaughlin, in the middle of the field. McGonagle is a huge player for Buncrana and they also have Darach ‘Jigger’ O’Connor and John Campbell in the attack. Big John can be a real handful on the edge of the square.

“Aaron Doherty is a big player for Naomh Columba while Eric Carr and Paul O’Hare from this year’s county U20 team are playing very well for them and Lanty Molloy, another good young player, is back having played in America for the summer. They also have Ryan Gillespie and Fionn Gallagher, two very good footballers.

“Naomh Columba had a big win over Buncrana, in the last round in Pairc Na nGael. But I’m not sure we can read too much into that game.
“Naomh Columba went into that game on the back of a heavy defeat the weekend before against Downings. They also needed the win to make sure of finishing in the top eight.

“Buncrana on the other hand had qualified and they weren’t at full strength which raises doubts over the result. I have changed my mind a hundred times already this week on how this game will go.

“If I’m pushed I will give the reluctant vote to Naomh Columba. The fact they have come so close to making the breakthrough in the championship in recent years they may have that extra bit of drive to see them through. If they do it will be by the skin of their teeth. 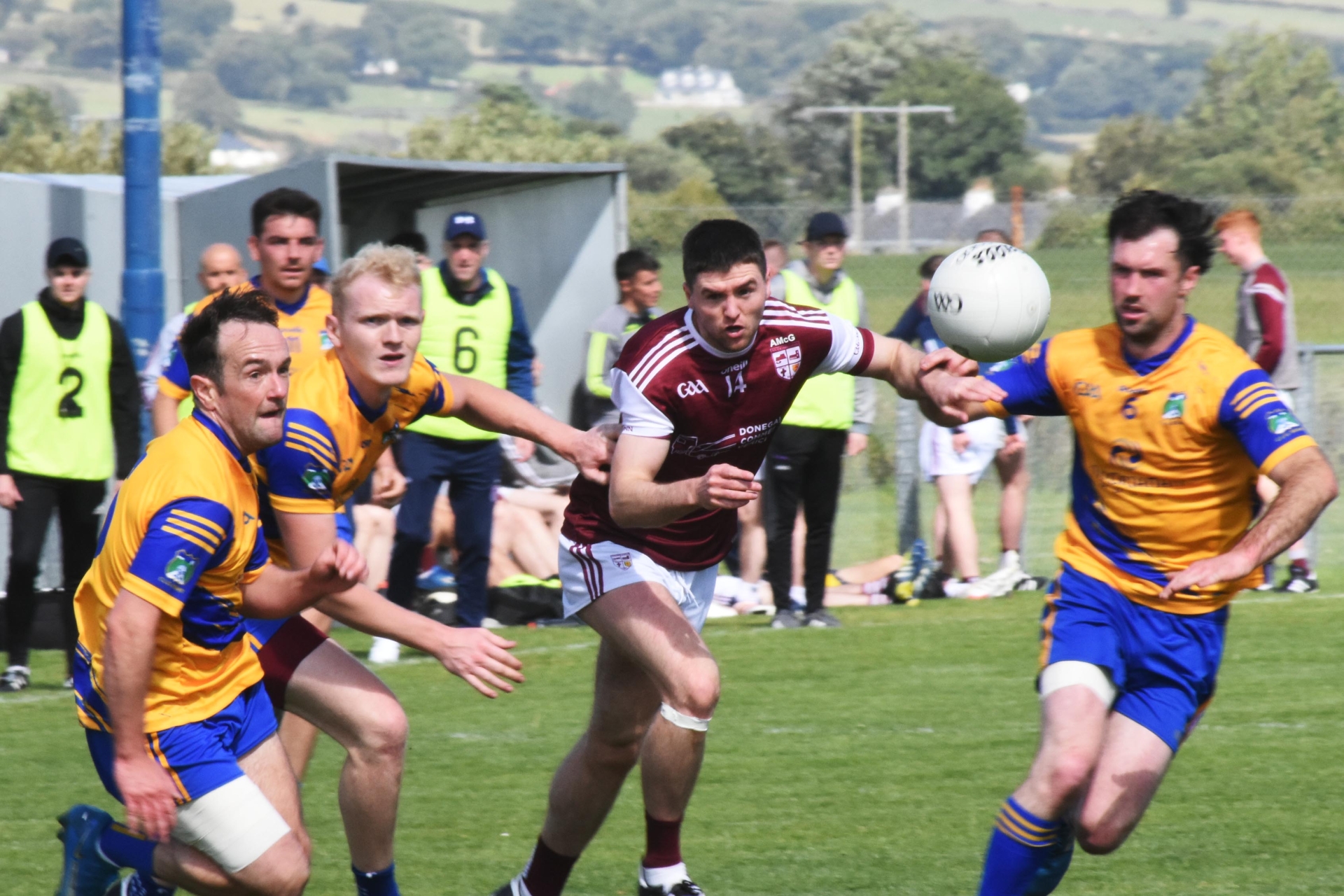 Termon and Red Hughs meet in the last of the quarter -finals on Sunday evening. “Termon played in Division 1 albeit they were relegated at the end of the season,” McCabe added. “And while they lost all but one of their games in the league , the most of the games they lost were by small margins. They suffered no real big defeats.

“And besides they were short a number of players and most of them are back now. Enda McCormack is back from playing with London, Bobby McGettigan and Jamie Grant are back from a summer playing in the US. They also have Daire McDaid, one of the best and most consistent scoring forwards in the county.

“I feel they will have too much for Red Hughs who are a Division Three team. Red Hughs have Stephen McMenamin who I believe is based in England now and is flying over and back for games. They have Peadar McGlnchey back for the championship and young Jack Gillespie has been scoring well for them and Damian Brown is a key player for them. However, it is hard to look past anything but a Termon win.”