Conor Cunningham: They will be getting breakfast and getting the jerseys on 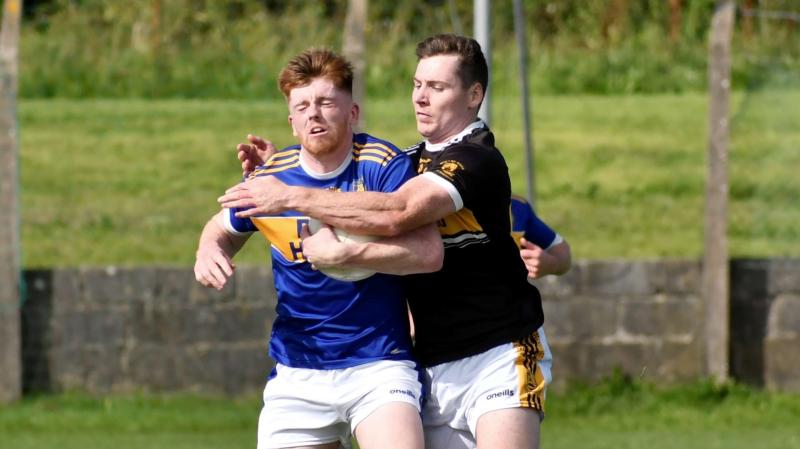 Kilcar's Paddy McShane is challenged by Jamie Brennan of Bundoran in the Donegal SFC clash of the sides earlier this month. PHOTO: GER FOY

Conor Cunningham is one of a number of managers in their first season and he is really looking forward to the quarter-final clash of his Kilcar side with neighbours Killybegs in Tirconaill Park, Donegal Town on Saturday.

The fact that there is a great local rivalry there over the years is exciting according to Cunningham.
"It's a different buzz,” he said. “It's a huge game. Both teams with form, playing well, confident. There's history there; we're related and connected throughout.”

As for the early start of 12 noon on Saturday, Cunningham has a positive take on the throw-in time.
"When it came out first, you are scratching your head as to what is the basis behind it,” Cunningham added. The more you think about it, you get up early in the morning and before you know it, you're having your breakfast and you're heading to the game. You are not overthinking things and not twiddling your thumbs for an evening throw-in. You're mentally fresh.


"It's an early start, but I can tell you now there will be light switches switched on at 6 o'clock in Kilcar and Killybegs. They will be getting breakfast and getting the jerseys on. Wherever this game was being played at whatever time, there will be a bumper crowd at the game.

"This is a massive start to the weekend. I know the players and managements are in our own wee bubble, but I know from talking to one or two, there is a lot of chat about the game. The weather is forecasted to be good for the weekend too."
Cunningham knows that it is a real knock-out championship from now on.

"At the start of the year the plan is to go as far as you can in the championship,” he said. “No margin for error now. In my eyes it will be an equal battle. You try your best and you want to be in that draw on Sunday evening for the semi-final. It will be a long, long winter for the losers. Everything's on the line."

Cunningham agrees that Killybegs, with three wins from their four games, have been one of the teams of the championship so far.

"They are one of the form teams,” he added. “Their aim was probably to stay in Division 1 and once they got the two boys back (Hugh McFadden and Eoghan Ban Gallagher from county panel) it was a big help." 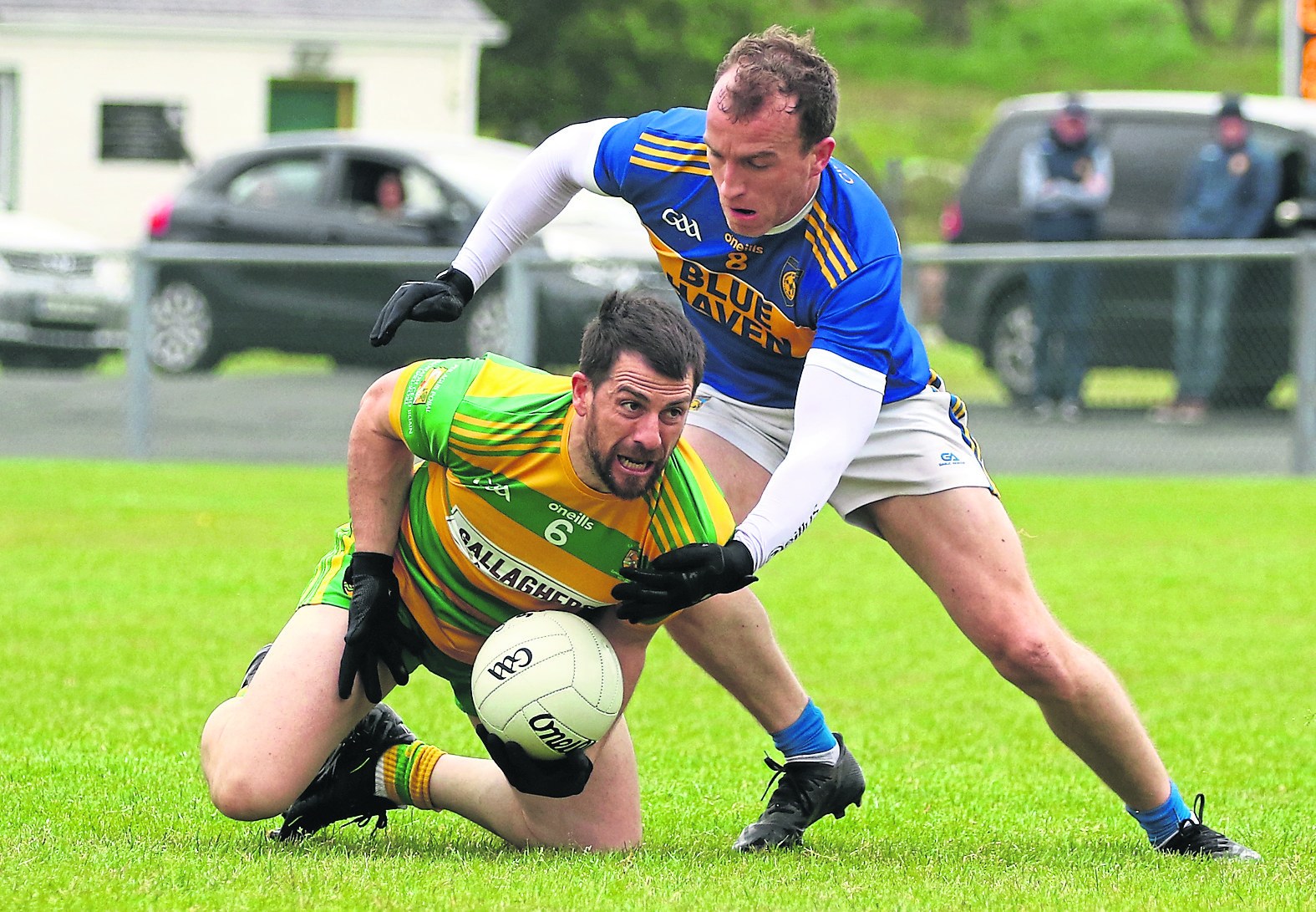 The Kilcar boss has Armagh’s 2002 All-Ireland winner Barry O'Hagan working with him since June and he thinks this has given them a new focus. On the injury front, all niggles have cleared up and apart from long-term injured Matthew McClean, everyone will be available for selection.

"Matthew had a hip injury from last year and had two or three setbacks,” Cunningham said. “It was disappointing for him and for us. He is a key player and I never had a chance to work with him this season."
Cunningham was able to rest a few players for their final group game against Bundoran and it was also an opportunity to get Stephen McBrearty back on the pitch.

"It was important to get Stephen game time,” Cunningham added. “He had been shaking off a hamstring niggle throughout the league. He came through unscathed. There were a couple of others who deserved their chance, the likes of Paddy McShane and Ryan O'Donnell, who would have played in the league final for us. They were well overdue their shot. It was good to get tested before the quarter-finals."

Cunningham is expecting a physical battle from Killybegs. "They are tactically astute and they have a backroom team full of knowledge and experience. We are training for all eventualities," said Cunningham.


"We could put 15 back in there and it mightn’t stop Hughie getting the ball. It is going to be a factor and we are going to have to deal with it. He is one of the form players. He has got a new lease of life. And it shows the belief they have in the team that they can play him in there and not be out all the time doing the work at midfield.

"Confidence has never been an issue for Killybegs from my own experience in the past, 30 years playing against them. They were always a confident bunch and that will not change."
ADVERTISEMENT - CONTINUE READING BELOW