Termon and Glenfin will once again contest this year's Senior Ladies Final in Donegal; the Intermediate Championship is also down to the last two where Aodh Ruadh, Ballyshannon and Ardara have made it through to the decider 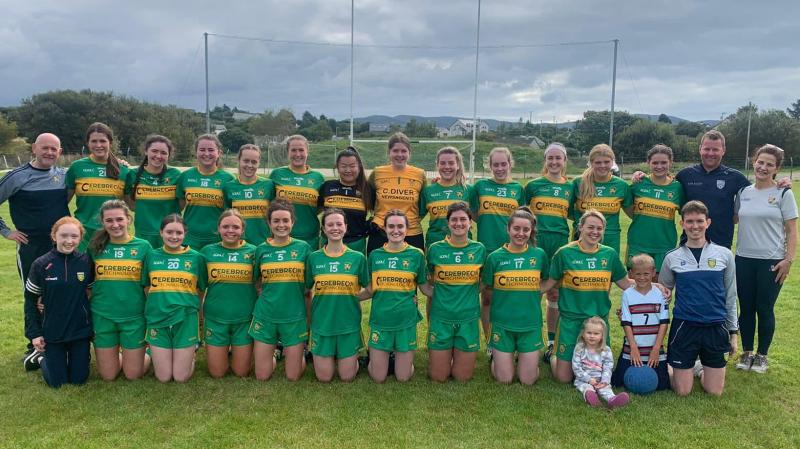 The final pairings in the Donegal LGFA Senior, Intermediate and Junior Championships are now known after another busy day of exciting action in the Kernan Group Ladies Championship.

The senior final will once again be contested by the two kingpins of ladies football in Donegal, Termon and Glenfin.

They both came through their semi-finals on Sunday morning unscathed with Termon holding off a brave challenge from Naomh Conaill on a 2-11 to 1-7 scoreline, and Glenfin proving too strong in their 4-13 to 1-11 win over Moville.

The senior final is scheduled to be played on the first weekend in October - date and venue to be confirmed.

Meanwhile the Senior Shield final will see St Naul’s up against St Eunan’s. St Naul’s were 3-12 to 2-14 winners over Buncrana in their semi-final on Sunday morning. St Eunan’s received a bye in the semi-finals.

This year’s Intermediate Championship final will see Aodh Ruadh, Ballyshannon taking on Ardara, also on the first weekend in October.

Aodh Ruadh were really impressive in recording an 4-13 to 2-8 victory over a fancied Naomh Muire side in Ballyshannon.

They will play Ardara in the final after they came through a thrilling tie with Gaeil Fhánada.

The Junior A Shield final was played today in Burt where Urris proved too strong against Four Masters, winning by 2-9 to 0-4.

Meanwhile the final pairing in the Junior A final was decided last weekend with Dungloe set to meet Gaoth Dobhair.

The Junior B Shield final will be between Termon 2 and Red Hughs.