McShea's Say: Come championship, the cream of the crop comes to the top

Former Donegal captain Pauric McShea was an interested observer of the Donegal SFC quarter-finals, although he felt they went along predicted lines in the end 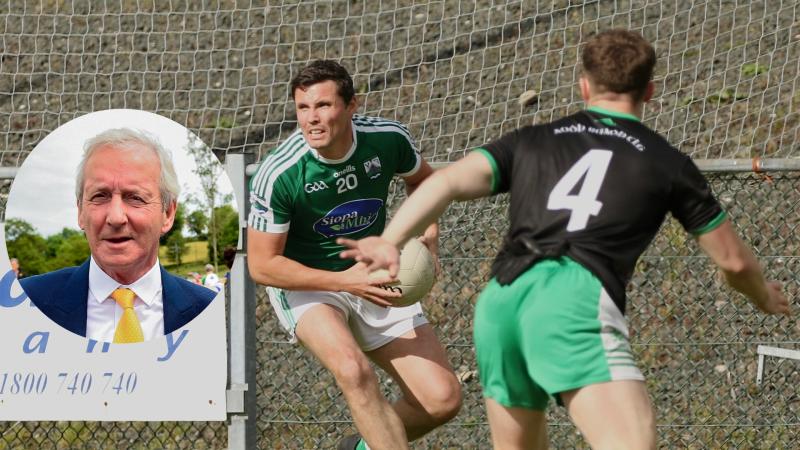 After the quarter-final games in the Donegal SFC over the weekend, there is a very familiar look about the four semi-finalists.
Before a ball was kicked in this year’s campaign, St Eunan’s, Kilcar, Naomh Conaill and Gaoth Dobhair were most people’s favourites to contest the semi-finals and that is exactly what will happen this coming weekend.

I was in Fintra on Saturday afternoon for the Gaoth Dobhair against Aod bRoad match, and on an excellent playing surface in perfect playing conditions, coupled with beautiful weather the scene was set for a riveting encounter.
Unfortunately, that was not the case as this was a most disappointing game of football, with Gaoth Dobhair winning 0-8 to 0-7.

The young Ballyshannon side once again flattered to deceive, and playing with the breeze in their favour in the first half their attacking strategy left much to be desired.

Scoring only two points in that first half was a very poor return, and many wides from play and frees left Aodh Ruadh in trouble at the interval. To their credit they battled bravely in the second half and created three clear cut goal scoring chances but failed to register a green flag.

The dates, times and venues have been released for this weekend's Senior, Junior A and Junior B Championship semi-finals, as well as the SFC relegation play-off semi-finals


Place kicking is never easy in Fintra, with a deceptive swirling wind, and Natan Boyle had an uncharacteristic off day in this regard.

I felt that if Aodh Ruadh had taken Peter Boyle out of goal to kick those second half frees, they would have won this game.
Goth Dobhair will consider themselves more than a little fortunate to have prevailed as in the last quarter. Ballyshannon were clearly the better team by then and in defeat the character they showed was admirable.

Philip Patton who had a fine game and was most unfortunate to see a great goal effort come back into play off the crossbar when a goal would have been the defining score in such a close match.

Gaoth Dobhair will know that this display would not be good enough to see off Naomh Conaill in their semi-final. They were fortunate to have Eamon and Neil McGee in their ranks because Eamon at centre-forward was a creative influence throughout the game, and he created most of their scores while Neil with two points was his team’s top scorer.

Gary McFadden and Michéal Roarty also had reason to be pleased with their input to this win. Eamonn McGrath worked hard in the middle of the park for Aodh Ruadh and along Patton was his team's most influential player. 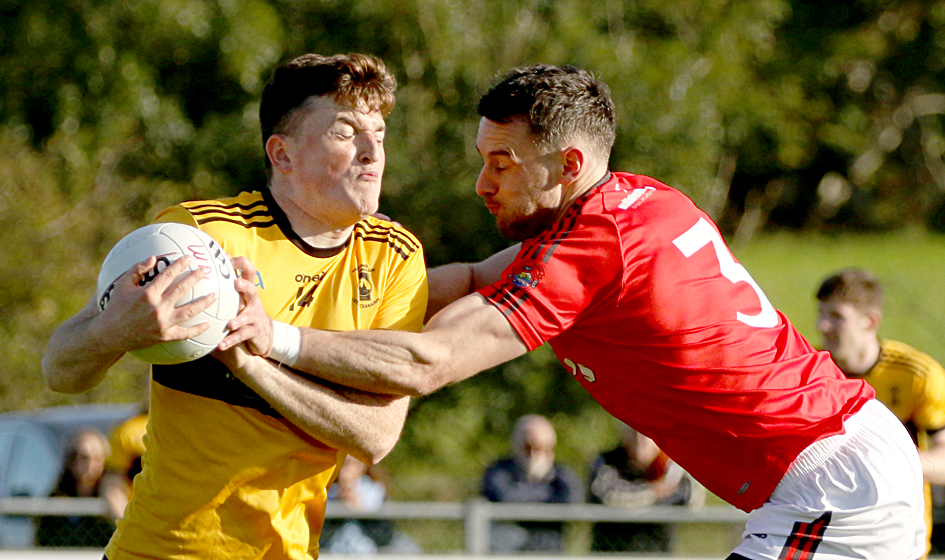 St Eunan’s were again most impressive in blowing away St Michael’s in a very one-sided game, 2-15 to 0-5 in Glenties.
Some wondered if the Letterkenny men would struggle to replicate their most impressive early season form against a St Michaels side renowned for their battling qualities, but this was far from the case as the winners were in control from the off.

Rory Kavanagh will be very pleased to have watched the return of Conor Morrison to the fray after his long-term injury. Clinical in every facet of the game, this is a very talented squad and their semi-final clash with Kilcar should be a game not to be missed.

Kilcar have serious ambition this year and they too looked a talented squad when beating Killybegs with a bit to spare in Donegal town on Saturday morning on a 1-14 to 1-7 scoreline. 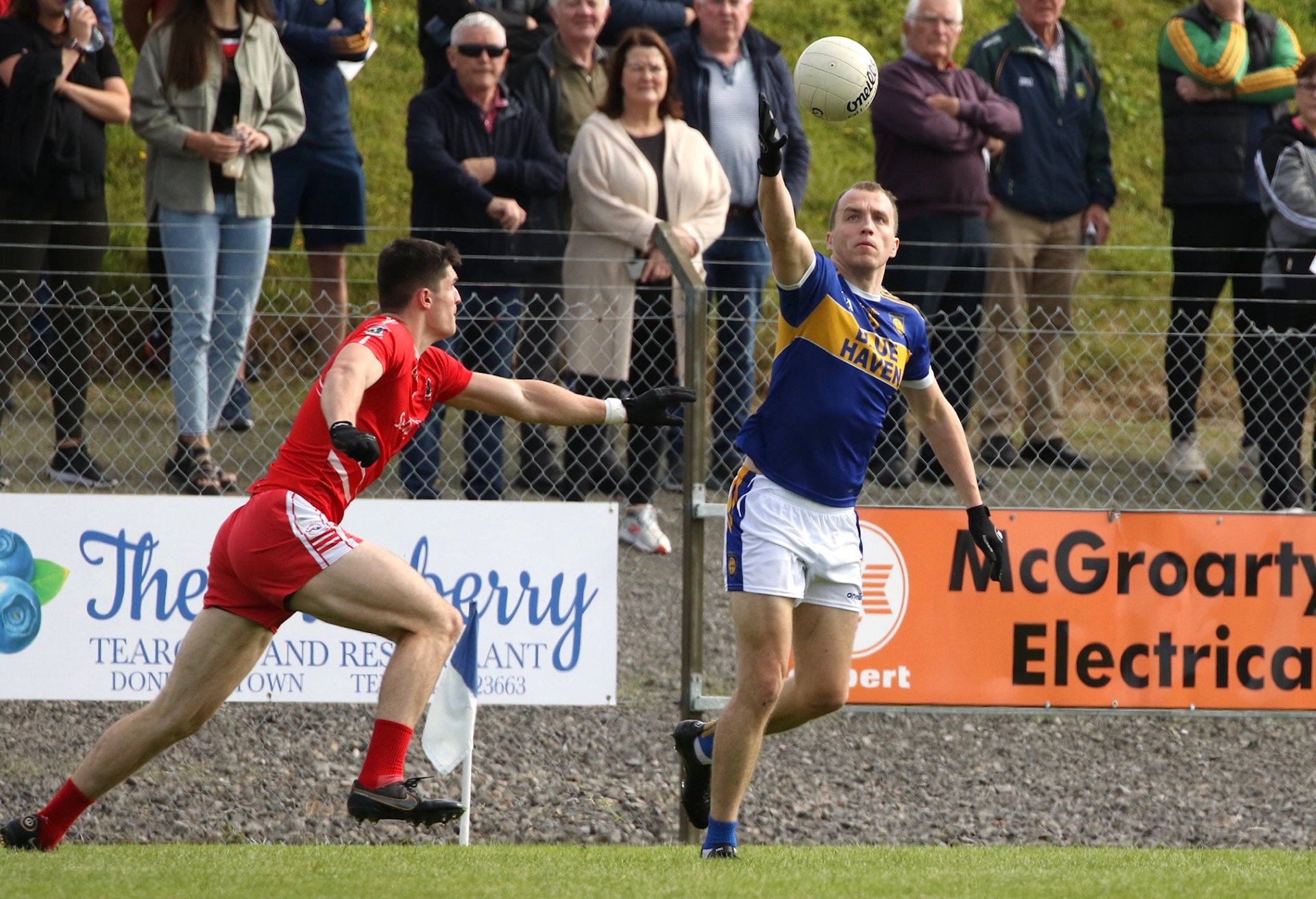 Patrick McBrearty is playing out of his skin this summer and will be the focus of much attention from the Letterkenny defence his weekend, but it may be a bit of a worry for Kilcar that MvBrearty delivered the bulk of their scores in every game so far this season. To prevail against Eunan’s, McBrearty will need more support in raising white or green flags.

Naomh Conaill worked extremely hard to beat Glenswilly 2-10 to 0-10 and qualify for their semi-final. They are playing like a side that are still chastened after their defeat in last year's final and their all-round experience saw them prevail against Glenswilly who had Michael Murphy once again in sublime form at full forward. 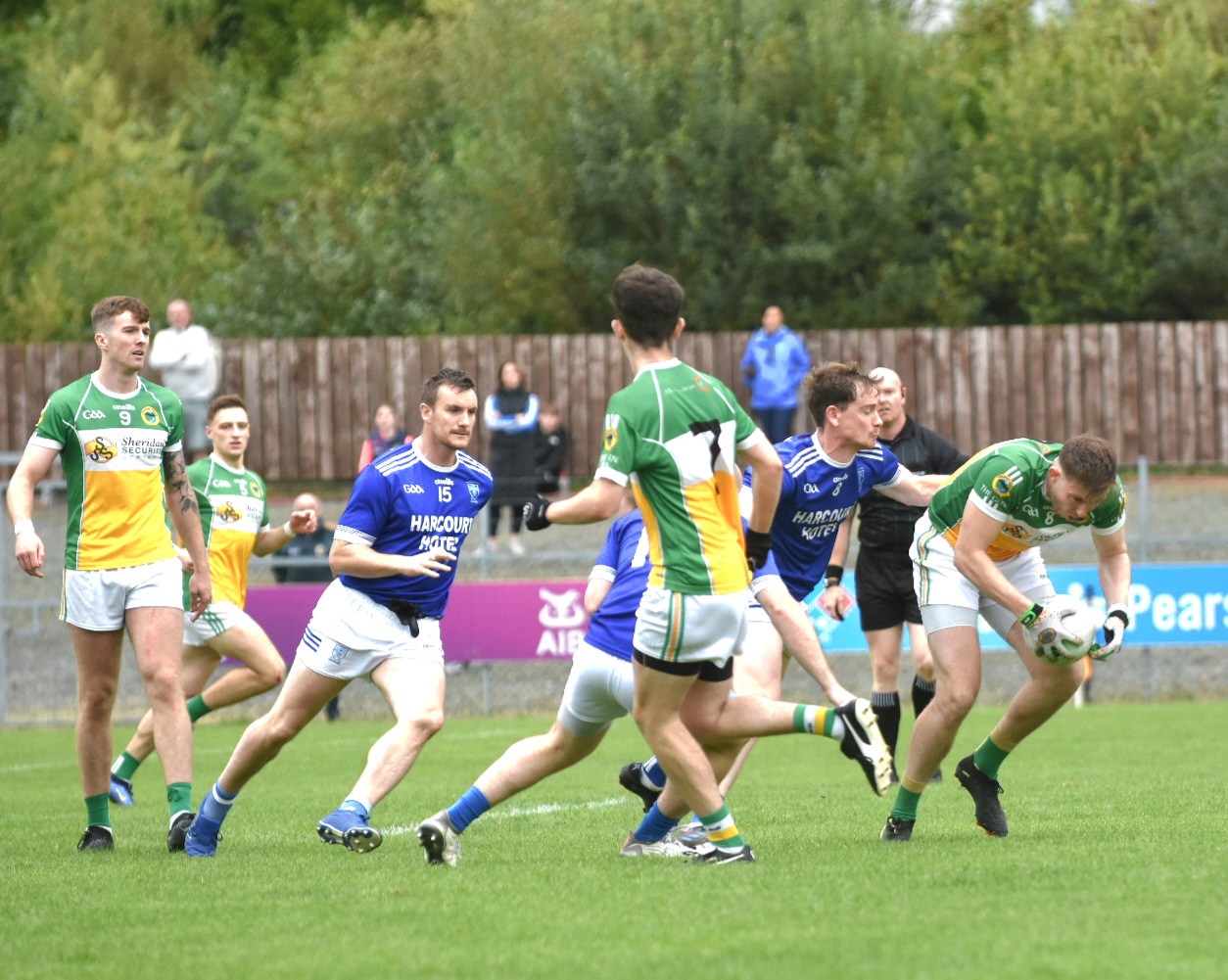 Predicting the county finalists is never easy but St Eunan’s, who are playing with the skill, teamwork, and confidence that one expects from champions, can shade a tough examination from renowned championship battlers like Kilcar.

In the second semi-final on Sunday, Naomh Conaill are playing like a team who have never tasted the sweetness of championship success. They play as a team who can transfer their training ground form into match day success, for that reason I expect to see them once again line out on county final day. 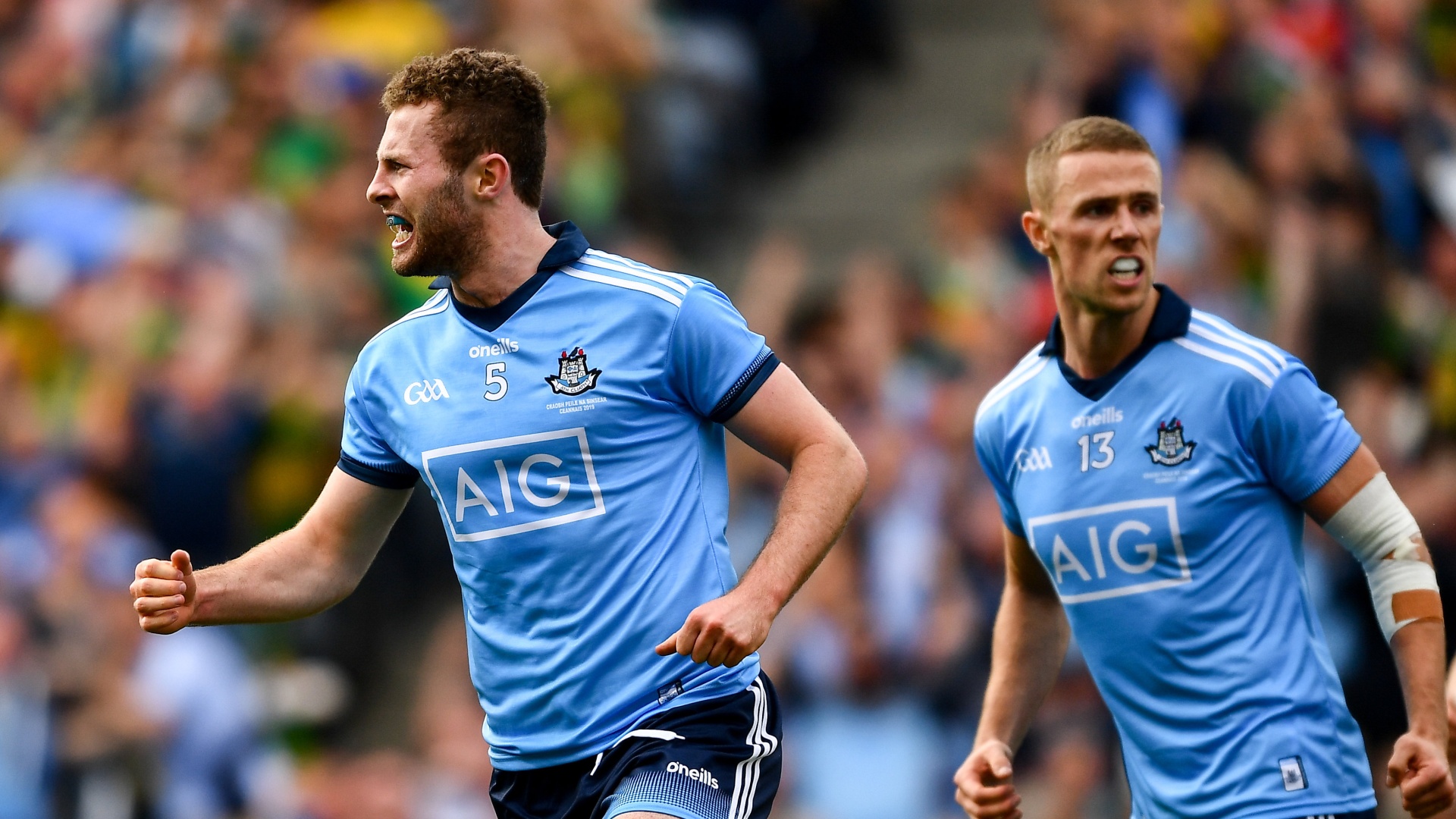 The Boys are Back in Town
I was delighted to learn this week that Dublin manager Dessie Farrell will have Jack McCaffrey and Paul Mannion back in the blue jersey next season. While ominous news for Kerry and all the other pretenders for Sam it is special to see players with the skill levels that both men possess.

McCaffrey has extraordinary natural ability with a great range of skills. Off the pitch he seems to have a devil may care attitude but, on the pitch, he is a serious player with incredible mental strength.
Mannion is gifted with great balance and can deliver the perfect pass with either hand or foot. He seems to revel in pressure when others would shy away from it, and the bigger the occasion the better he plays.