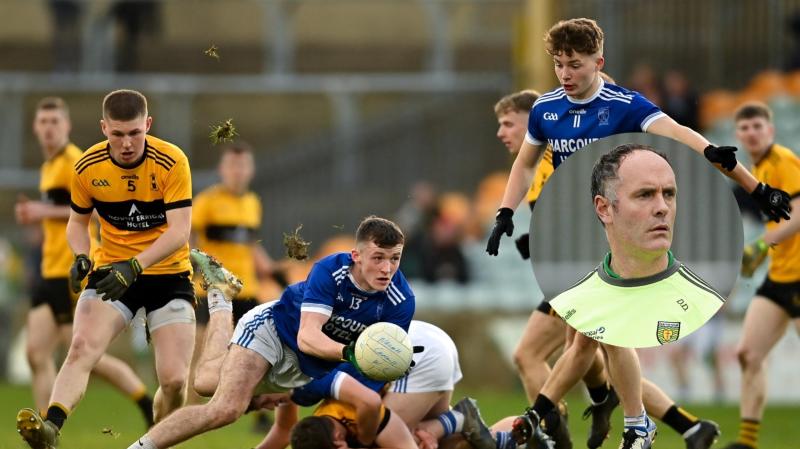 This year's Donegal SFC county final will be between St Eunan's and Naomh Conaill, according to former Ardara and Donegal defender Damian Diver.

Diver is looking forward to some cracking action next weekend as St Eunan's collide with Kilcar on Saturday with Naomh Conaill taking on Gaoth Dobhair then on Sunday.

Sunday’s last four tie is a repeat of the three-game epic final series of 2019 when the men from in and around Glenties edged through. Gaoth Dobhair were the reigning Ulster champions at the time but have never regained those stellar heights, when they went on to give All-Ireland club champions Corofin quite a battle in the All-Ireland club semi- final.

Diver watched the quarter final clash between Naomh Conaill and Glenswilly where goals from Eunan Doherty and Leo McLoone pushed Martin Regan’s side to a 2-10 to 0-10 - Glenswilly who hit 11 wides. 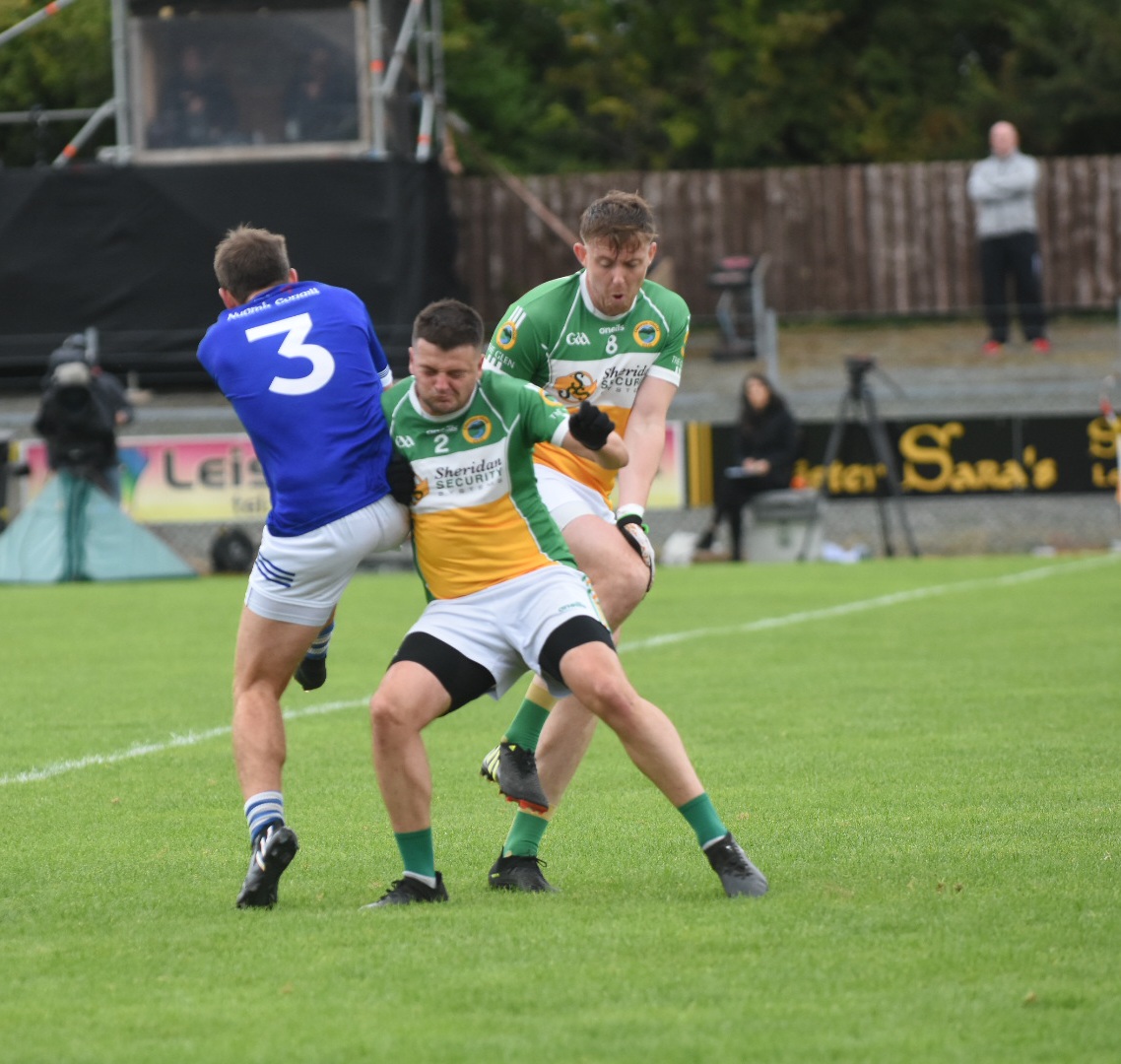 "Naomh Conaill will learn a lot from it as they were really tested by Glenswilly and it was also real end-to-end stuff which made for great entertainment,” Diver said. "Glenswilly's kick-passes and shooting let them down. Michael Murphy was outstanding and he got a few marks as well".

Diver was impressed with Naomh Conaill, who still have a very strong panel as they prepare for their ninth semi-final on the bounce.

"They can afford to play Leo McLoone at corner-forward which says something in itself,” Diver added. "And Ethan O'Donnell gives them a great springboard coming from the half-back line and he is a class act. But this was a real cracker with both sides going all out for victory and there was great variety and a great change from this old defensive football. Naomh Conaill have been able to hold on to so many vital players over the years and that has been very crucial".

Meanwhile opponents Gaoth Dobhair were very lucky to edge out Aodh Ruadh on a low score of 0-8 to 0-7 in their quarter-final clash in Fintra. The Ballyshannon boys had a chance to draw matters, but Mark McGlynn went for goal and the chance was lost. And, it took all the craft and experience of Neil and Eamon McGee to see the Gaeltacht men through.

"I would make Naomh Conaill favourites, and I would think they will take Gaoth Dobhair who are still just not going right,” Diver added. "They have never got back to that Ulster club level and Naomh Conaill found a way of beating them in 2019. 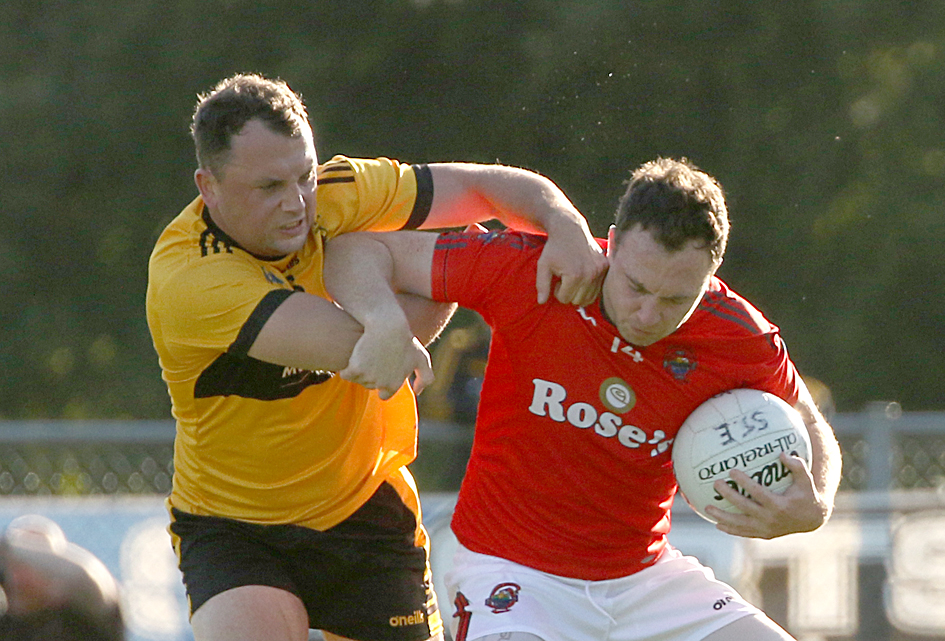 "Eamon Collum is gone and Odhran Mac Niallais is not starting [having just returned from injury] and we have not seen too much of Micheal Carroll, Naoise Ó Baoill is away and Cian Mulligan injured, while Daire Ó Baoill is back from his own travels. They seem to be missing quite a lot of players and the match could be tight as I expect Gaoth Dobhair to be quite defensive and they have powerful physique and Naomh Conaill might find it difficult to break them down, but with Ciaran Thompson picking off the points and Ethan O'Donnell coming from deep, Naomh Conaill should just about have too much for Gaoth Dobhair".

Meanwhile, Diver is sticking with his prediction that St Eunan's can still go all the way and hold on to the Dr Maguire Cup as they take on All-County Football League Division 1 champions Kilcar.

Diver was highly impressed with the way St Eunan's dismantled St Michael's on a score of 2-15 to 0-5 with Ciaran Moore and Conor O'Donnell Snr grabbing the goals.

"I did not expect St Eunan's to win by that margin and it is just phenomenal in a county quarter-final,” Diver added. "St Michael's have a long, established championship pedigree but it just goes to show you how slick St Eunan's really are. They are going very well and I expect them to beat Kilcar.

"Kilcar are a proud club and will be really up for it and they could go defensive- leaving Paddy McBrearty inside on his own. St Eunan's and Rory Kavanagh are very astute and they will try and push McBrearty on to his right foot and thye will probably have a man in front of him as well.

"But if both sides decide to go at it, we could have a great game of football as both can attack at real pace. And it could be a great spectacle for the fans. Looking at both squads, I just think that Eunan's might just have a slightly better first 20 players and they could win it from the bench.

McShea's Say: Come championship, the cream of the crop comes to the top

Former Donegal captain Pauric McShea was an interested observer of the Donegal SFC quarter-finals, although he felt they went along predicted lines in the end


"Kilcar have Ciaran McGinley and Jason Campbell at midfield, but Eunan's can by-pass that area. I am looking forward to a great game if both teams decide to go for it. But I just think Eunan's will win, they are so well organised and all of them are just so comfortable on the ball, and it will take a mighty team to stop them".
ADVERTISEMENT - CONTINUE READING BELOW