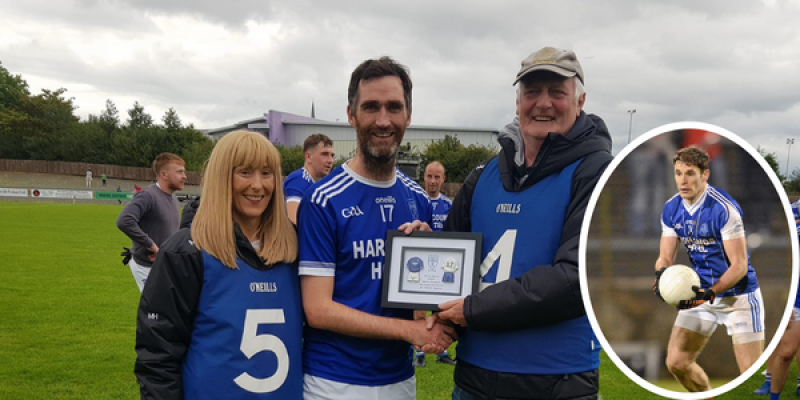 Johnny McLoone remembers the transition as being seamless.

A young Marty Boyle wore the blue and white of Naomh Conaill as a forward. There were few signs of a defensive player and, yet, on Sunday Boyle was presented with a memento to mark his 100th Donegal senior football championship outing in the Naomh Conaill shirt - the of them lining out in the rearguard.

In 2004, when Naomh Conaill exited to their neighbours Ardara - who were on their way to winning Dr Maguire - Boyle was at corner-forward.

A year later, Jim McGuinness’s handprints were all over the Hughie Molloy-managed Naomh Conaill as they won a first senior crown. Boyle’s retreat had begun.

“Marty wasn’t an obvious defensive-thinking player, but he altered his game so well,” McLoone told Donegal Live. “Marty’s strength was always playing to his strengths. He knows his limits too.

“Marty is a super athlete and has a great knack of knowing where to be. He has sort of defined that role.”

McLoone scored two points in the 2005 final replay win over St Eunan’s, the day Naomh Conaill finally took their place among that illustrious roll of honour.

“When I played at midfield for Naomh Conaill, I was always happy to have Marty at half-back,” McLoone said. “He always gave the right ball and did the basics very well.

“What a lot of people don’t realise about Marty is that he’s such a smart player. Marty is a completely honest player and ticks all the boxes. Any day him and (Eoin) Waide were with me as wing half-backs, I was happy; they’re two brilliant team players.”

Boyle’s 100th Donegal SFC appearance arrived in Sunday’s 2-10 to 0-10 quarter-final win over Glenswilly. Naomh Conaill came back from near the brink to turn the tide, largely through the goals by Eunan Doherty and Leo McLoone. 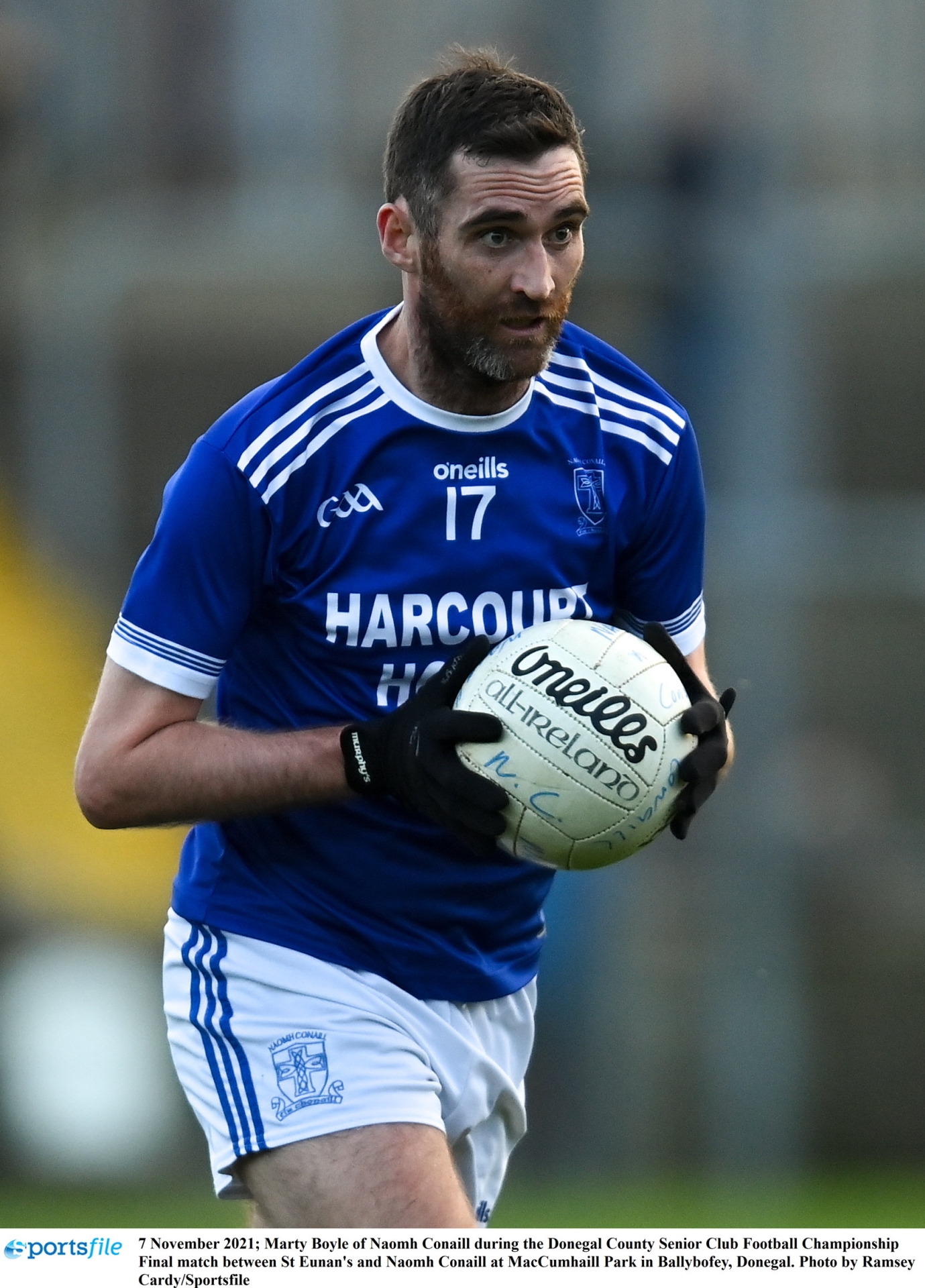 For the ninth successive campaign, Naomh Conaill are among the semi-finalists.

Johnny McLoone could see the talents in a young Boyle when he helped look after a Naomh Conaill minor team. Tommy Donoghue, John McKenna and Martin Regan - who would become championship winners in 2005 - were others on that roster.

“Marty was always a dream to manage because he did everything to the letter of the law,” McLoone said. “He always fitted into the system. Whatever you needed, Marty could do anything. Marty played mostly as a forward and was a very good underage player, but Jim saw something more and started to play Marty in a deeper role.

“Jim was a big fan of Marty. You know what you’re getting and he never did anything outside of what you wanted or needed. Marty doesn’t take on an impossible shot or a pass. He plays the percentages and he knows both what he can do and can’t. There’s still plenty more in him.”

Johnny McLoone looks on in wonder.

“Those lads are all understated lads and just do their talking on the pitch,” he said. “They’re great role models in the club. Success doesn’t go to their heads and they don’t get too down by losses.

“It’s a testament to the condition they keep themselves in that they’re still going. When Jim came in to coach us we always trained more than other teams. We hit the gym hard in the winter; Jim always wanted us to be in good shape. Those boys pride themselves in their fitness and conditioning.

“They can take the miles and they’re all smart players. Regan is a very smart manager too and finds a system. The older lads have tailored their games.”

Naomh Conaill have been in six of the last eight finals and take on Gaoth Dobhair in the second of this weekend’s semi-finals on Sunday at Sean McCumhaill Park (throw-in 4pm).

McLoone said: “They just keep on coming. A lot of it is down to mentality. It is relentless, but that is why we are where we are.”