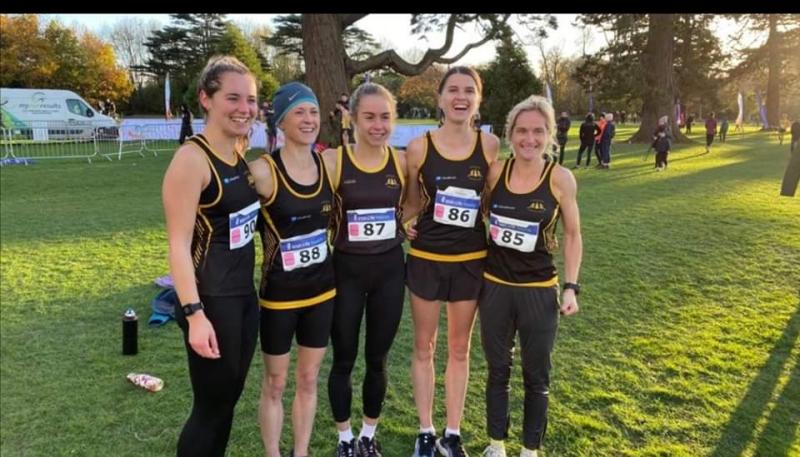 LAC, a week after taking the team crown at the Donegal Championships, won the team honours from Leevale.

Ann-Marie McGlynn led the way for LAC in sixth overall at Santry.

Nakita Burke followed in 16th with the winning team backed up by Christine Russell (27) and Natasha Adams (38).

LAC took team gold on 87 points ahead of Leevale’s 98. Leevale athlete Michelle Finn was the winner of the women’s race.

Flanagan took the individual bronze. The Finn Valley woman returned from America to compete in Santry.

The podium finish will see her compete on the Irish team at the European Cross next month in Dublin.

Her twin sister Eilish won an 8k race in Philadelphia on Saturday, returning a time of 26:07 - a time that will put her in the frame for the European championships.

Cara Laverty led the way in 11th with Sara Bradley 14th. Nuala Bose (23rd) and Eimear McCarroll (38th) were the other scorers.

LAC won team silver in the under-14 race with Rohan McMenamin, Darragh Naughton,

LAC pair Emma Bonnar and Anna Russell scored in the Ulster U14 team that won the inter-provincial title.

Cranford AC’s Caolan McFadden was sixth in the under-16 race and LAC’s Mark Galvin finished 10th.