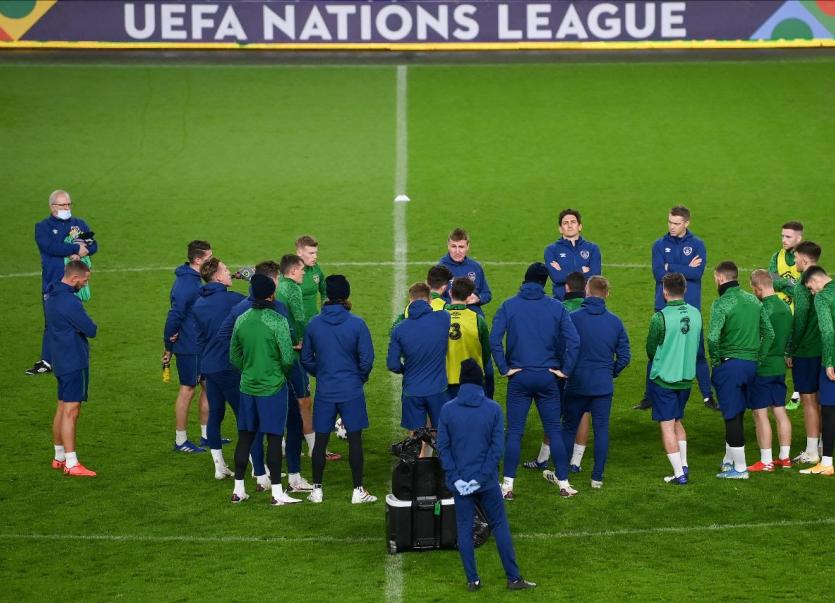 reland play Wales in the UEFA Nations League. The clash which takes place in the Cardiff City Stadium takes place a month after the sides drew 0-0 in Aviva Stadium

Republic of Ireland manager Stephen Kenny said that there is nothing wrong with  the mentality of the Irish soccer team ahead of their clash with Wales in Cardiff this evening, kick off time 5pm.

"There is nothing wrong with the mentality of the players in the Irish squad. That's for sure. We have a lot of key players missing, but the players we have called up have all dreamed of playing for Ireland growing up. To represent Ireland is the ultimate ambition. We have 25 players in the squad now - all good players, and we're ready to play Wales."

"Everyone that is here has a massive desire to play for their country. The players give everything of themselves."

Ireland defender Dara O'Shea added:  "If I do get a chance I need to take it. In football, opportunites dont come by too often, so when it arises I need to be ready."

"As a player I want to play against the best players in the world, because I want to be the best I can. When you the names on the teamsheet and there are World class players, it's something I look forward to. I see it as a challenge for myself to come out on top."

The manager has called in four players to the squad to face Wales.

Midfield duo Jason Knight and Josh Cullen have linked up with the squad as well as defenders Darragh Lenihan and Ciaran Clark ahead of the game.

Shamrock Rovers midfielder Jack Byrne and Swansea City's Ryan Manning have also linked up with the squad ahead of training at the Cardiff City Stadium last evening.