Joy as golfers return to action on Donegal's courses

Smiles all round as play resumes on the fairways 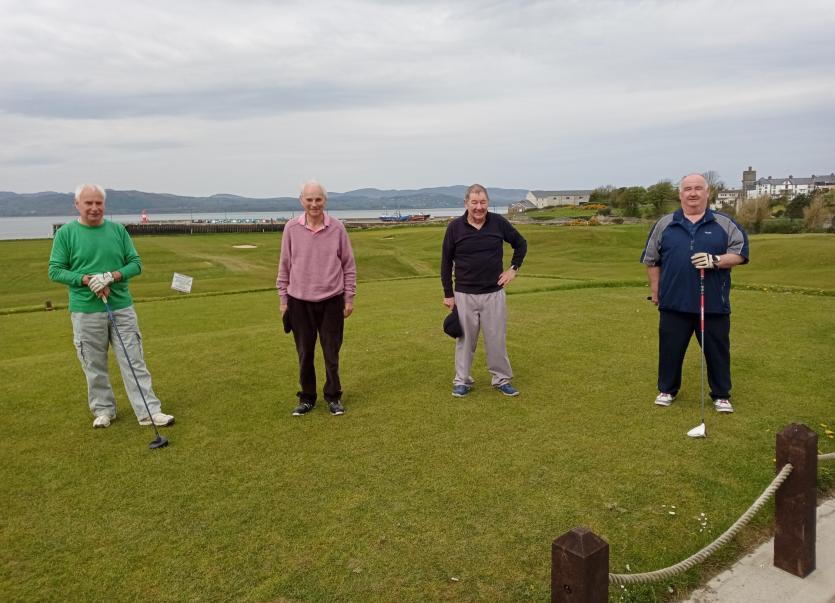 The greens and fairways of Donegal's golf clubs were buzzing today as enthusiasts made a welcome return to the game they love.

With the county's golfers having been unable to grace the greens since last December - the third such closure since the beginning of covid - they were out in force on Monday, delighted to be back in the swing of it after almost four long months away.

Barney McLaughlin was one of the first players out at Buncrana Golf Club. And, despite squandering a hefty lead to end up sharing the spoils with his two-ball partner Phil Gilsennan, the Burnfoot man was in very high spirits indeed.

He said: "I was four up at one point, but then things went to the dogs a bit and that lucky Scotsman Phil won the last hole to even up the round.

"But that's irrelevant. It's the getting out that's the main thing. This last ten years, I would play a four-ball on Mondays and Wednesdays, and I've missed that.

"But I've managed to keep myself busy with walking. I've averaged 10k per day over the last four or five months, and I'd say I exceeded 70k nearly every week since the golf stopped.

"I wanted to keep my fitness up; keep the heart working. But it's great to be back playing, surely. We enjoyed our round and had a bit of craic - we always do."