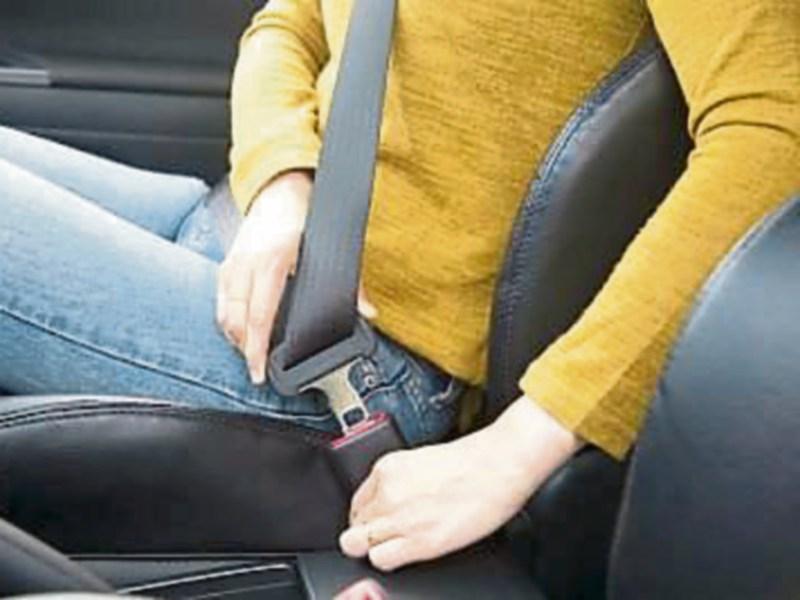 Some drivers in Donegal are buying extra seat belt fasteners on line in order to bypass safety alarm systems in cars.

He says he is hugely concerned at the development where drivers use an extra fastener to ensure the alarm system in their vehicle doesn't activate and they don’t need to put on their seat belt.

Drivers are also buckling their seatbelt and then sitting on them as another method of bypassing the safety mechanism.

Mr O’Donnell has been researching the issue after he became aware of it and says thousands of the spare fasteners are available online. “It’s basically a false buckle with no belt and no extenders and people are sourcing them as a way to silence the alarm in the car,” he said.

Of the 166 road deaths on Ireland’s road last year, 29 per cent were not wearing seat belt, he said. Of those, nine were passengers and six were rear seat passengers.

Mr. O’Donnell said people are avoiding the alarm systems because they don’t like wearing seat belts.

“Some people do not like wearing seatbelts and they detest the thought of a belt in the car. They are sourcing these buckles because in new models of cars the alarms won’t silence until you buckle into the belt holder.”

He said it is already a common practice among young drivers to fasten the belt and put it under and behind them when driving and many do this so that they can sit in a slouched back driving position.

“When they use this sitting position, you can only see the tops of their heads,” he said.

He said the issue of seat belts has been raised by the Road Safety Authority and An Garda Siochana in recent road safety campaigns, but it is a very difficult issue to enforce.

“They're putting their own lives in danger  and they are putting the lives of everyone in the car in  danger as well,” he said. “But passengers in the car are also doing it,” he added.

He said he has come across one spare seat belt clip that can be bought online that doubles up as a bottle opener.

“It is crazy. These seem to be all  part of the culture of modified car enthusiasts. It is very scary.”