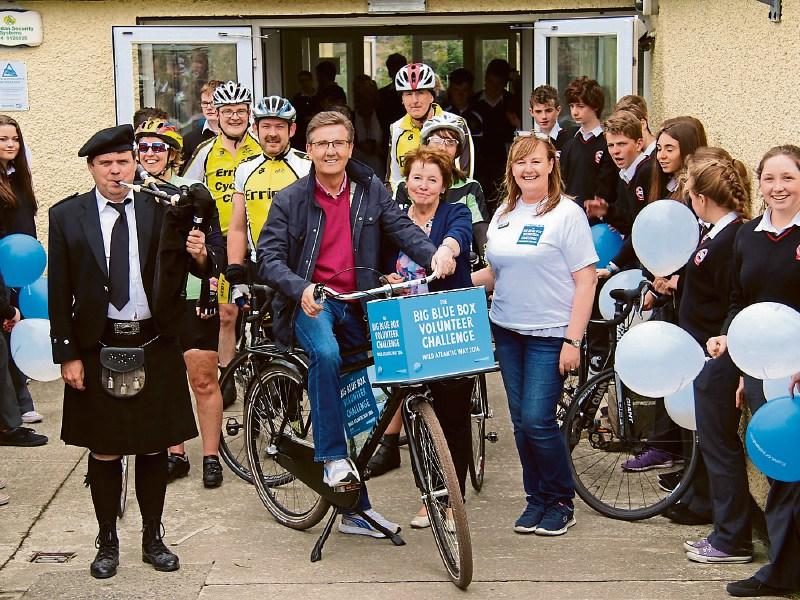 After a well deserved break touring every corner of the globe, Daniel O’Donnell and his wife Majella were back on home ground in Donegal this week.

No sooner than he had landed back in the Rosses than he was out doing what he does best - giving a helping hand to others.

Daniel dropped into the Rosses Community College and met up with the Applied Leaving Cert Class who had raised €1000 for Piermount House in the town with their very innovative book and later listened to some of the great musical talent in the College.

It was off down the town on his butcher’s bike where he took part in the Big Blue Box Challenge in association with the Bank of Ireland in a fundraiser for St. Vincent de Paul.

In between Daniel took some time out to have a chat with Donegal Life about his time away and his plans for the remainder of the year.

**For more on this story see Thursday's Donegal Democrat.