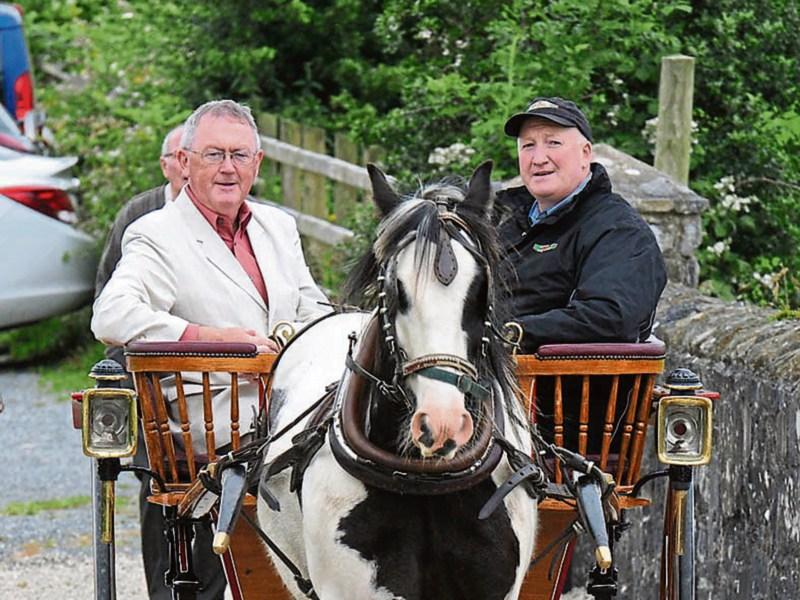 RTÉ broadcaster Sean O’Rourke was on hand to launch a new “visitor experience” at the historic Doe Castle recently.

A large crowd gathered at Doe Castle for the inauguration of guided tours of the Doe Castle which dates back to the early 15th century when it was built by the O’Donnell clan and then given to the McSweeney’s.

Its rich history is now on display in a series or colourful and informative information panels and visitors can now also get a guide tour of the picturesque castle every Friday, Saturday and Sunday from 11am to 5pm in July and August.

The new installation and tours are the result of efforts by the “Moving Mevagh Forward” group.

Myles Gallagher, who is chairperson of Moving Mevagh Forward, conducted the proceedings and welcomed everyone to the launch.

Mr O’Rourke gave a brief history of the castle and remarked that in 1607 the castle was described as being “of great strength and standing” and 400 years later is still the same.

He was presented with an aerial photograph of the Castle taken by Martin Fleming.

Thanks was also given to Jean Moore how cares for and opens the castle on a daily basis.

The castle has played a significant role in the history of Donegal including: sheltering shipwrecked Spanish sailors from the Spanish

Armada (1588); Eoghan Rua O’Neill sailing from Doe to join other Irish leaders in the Ulster uprising in the 1640s; Red Hugh O’Donnell and Maolmhuire an Bhata Bhui (Myles of the Yellow Staff), the last chieftain of Doe, marching together to the Battle of Kinsale in 1601.

Maolmhuire’s daughter Aileen jumped to her death when she saw the dead body of her lover Turlough, killed by her father.

Their ghosts are said to be seen in a boat on the water on moonlit nights.

Doe Castle is situated near the village of Creeslough.