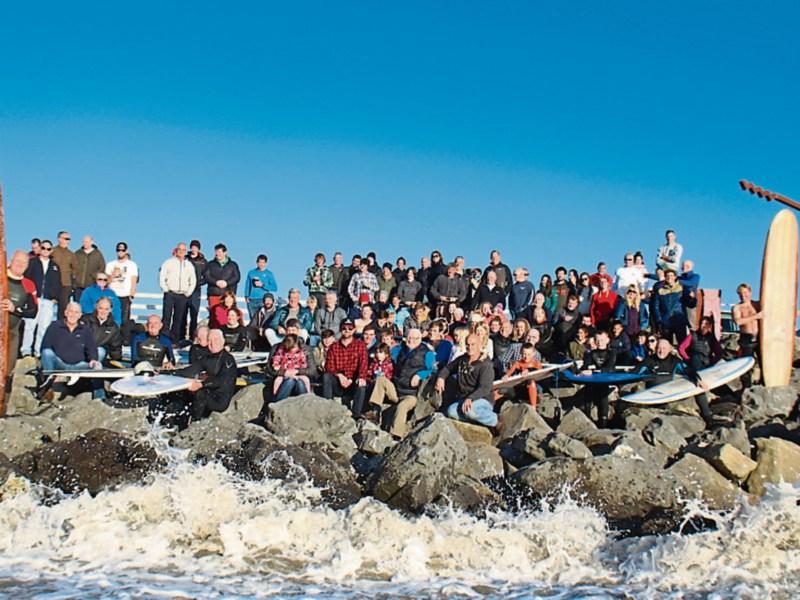 Surfers gather for a group photograph in beautiful conditions at Rossnowlagh.

Last weekend saw surfers from all over Ireland and further afield gather in Rossnowlagh at the spiritual of surfing in Ireland to celebrate their golden anniversary.

Surfing in Ireland was very much a minority sport back in 1966 when the first official competition was held but today it is a mainstream leisure activity with thousands from both home and abroad taking part all along our coasts.

Last weekend’s “Silver Surfers” were joined by squads from all over Ireland in the National Intercounties Championships held on Tullan Strand in perfect conditions. On their return to Rossnowlagh, the competitors were blessed with further waves in exceptionally good weather.

The final of the Intercounties was highly competitive with Donegal just shaded by near neighbours Sligo.

Celebrations continued in Rossnowlagh over the weekend in what was truly a great social and sporting weekend.