Women's Lives: 'Saoirse' - A play not to miss at the Glens Centre

“My Name is Saoirse” comes to the Glens Centre in Manorhamilton on Friday 28th October. 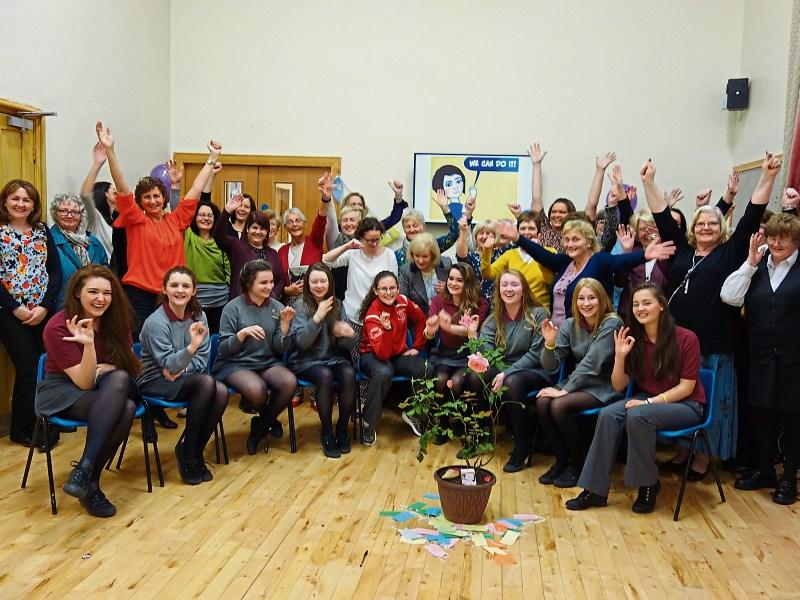 Some of the participants in NCCWN-Donegal Women's Network’s 20th anniversary celebration, which was held at the Donegal Town Presbyterian Church last week. Photo Julie Costello

Here is something well worth making the trip across Donegal's county border to Leitrim, writes Susan McKay, director of the Glens Centre.

“My Name is Saoirse” is a play that comes to the Glens Centre in Manorhamilton on Friday 28th October, garlanded with awards and praise.

It won awards in Dublin, Brighton and Edinburgh and got rave four-star reviews from the critics.

The very good reason is that this is a simply wonderful play by one of Ireland’s most talented young writers, who just happens also to be one of our most brilliant young actresses. Eva O’Connor has created in this one-woman show an unforgettably touching portrait of a young girl coming of age in the Ireland of the 1980s. “My Name is Saoirse” is also very, very funny. One reviewer described the way the play balances touching and funny as “mesmerising.”

Ms. O’Connor says of the 15-year-old Saoirse that “her naivety is the naivety of Ireland.” Pregnancy and its many possible outcomes are at the heart of the play.

This play explores with great tenderness and compassion questions about how we equip or fail to equip young Irish people with the emotional skills with which to navigate the transition from childhood to adolescence and adulthood. It takes a hilarious but also painfully clear-eyed look at the way we douse our sexuality in alcohol and deny what we truly feel in favour of performing stereotyped roles which ultimately make nobody happy, female or male.

"My Name is Saoirse” is performed by Eva O’Connor at 8.30pm on 28th October at the Glens Centre, Manorhamilton.