Her words touch a chord of honesty and beauty 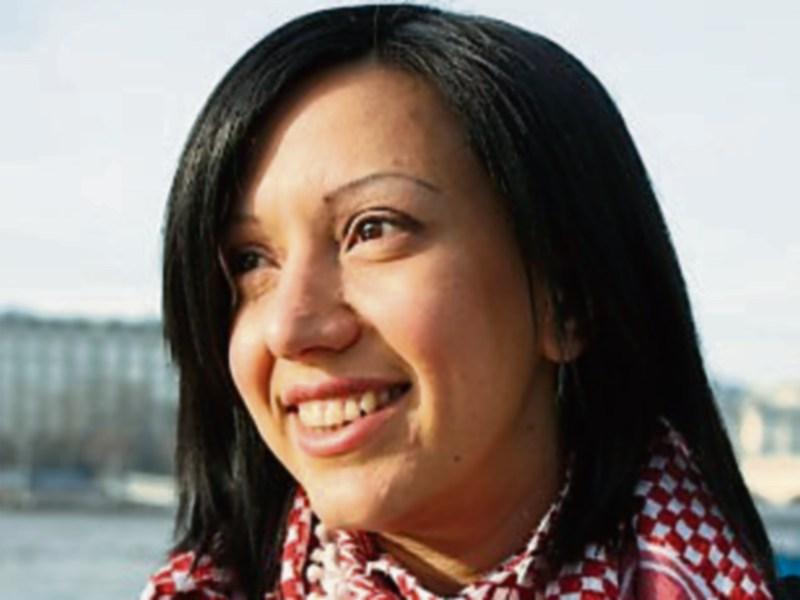 Sometimes anger provokes truth: bare, free, not to be stifled or evaded. Sometimes anger, indignation, despair, full blown love of the life of one’s people, one’s own land and planet, can bring fierce flower to the poet’s heart. Then we are blessed with passionate words of resistance that can become the foundation of prophecy. A change for which there is no turning back. Such is the case of this poet." - Alice Walker

Rafeef Ziadah is one of the most powerful, compelling and passionate women performance poets of our time. Her poems 'We Teach Life Sir' and 'Shades of Anger' went viral and became internet sensations within days of being released on YouTube. With wit and precision, her words touch a chord of honesty and beauty that transcends cultural barrier and entrenched beliefs.

Rafeef was born in Lebanon, a Palestinian refugee without official papers or a passport and with a dream of a homeland free of the decades long military occupation by Israel. She has walked a long road to attaining citizenship (Canadian) and to finding her voice in the dual and complimentary worlds of poetry and activism. “Every poem is a true story based on conversations I have had with Palestinians and refugees in many different parts of the world. I hope each story connects with and touches people here in some way beyond the media headlines and news statistics” says Rafeef.

A regular visitor to Ireland, Rafeef has found a shared affinity with the Irish people, both in literature and in idealism. In May 2016, she had a private meeting with President Michael D Higgins before her countrywide sell out shows, which included a memorable evening at Dublin’s Abbey Theatre. A long time exponent of nonviolent resistance to oppression, Rafeef was delighted to meet Cathryn O'Reilly, one of the Dunnes Stores Strikers, who in 1984, upheld their unions instructions and refused to handle South African Apartheid goods. This boycott resulting in a long strike and much hardship for the young shop assistants but ultimately became a beacon of hope to South Africans suffering under apartheid. Cathryn was thanked personally by Nelson Mandela. Referring to non-violent resistance to oppression, Rafeef said “As the Palestinian-led movement for Boycott, Divestment and Sanctions (BDS) against Israel’s regime of oppression gains ground around the world, we are inspired by the historic example of the workers at Dunnes Stores and hope to see such grassroots acts of solidarity supporting the Palestinian struggle for freedom, justice and equality. It is no coincidence that the word boycott was coined in Ireland and continues to be a powerful tool of action for all oppressed.”

The acclaimed poet was back in Ireland this week, presenting her exciting blend of poetry and music on themes of exile, dispossession and resistance. No doubt it will be one of many visits. Keep an eye out for her performances and meanwhile check out the YouTube links below for a taste of her unique talent. Funny, passionate and diminutive in stature but packing a big punch of strong thoughtful words which give a voice to the undocumented, to those incarcerated in deportation cells and refugee camps and to the many people seeking justice everywhere in the world, Rafeef Ziadah is an inspirational and inspiring woman.

Check out her poems here: https://www.youtube.com/watch?v=aKucPh9xHtM