What's On in Donegal today 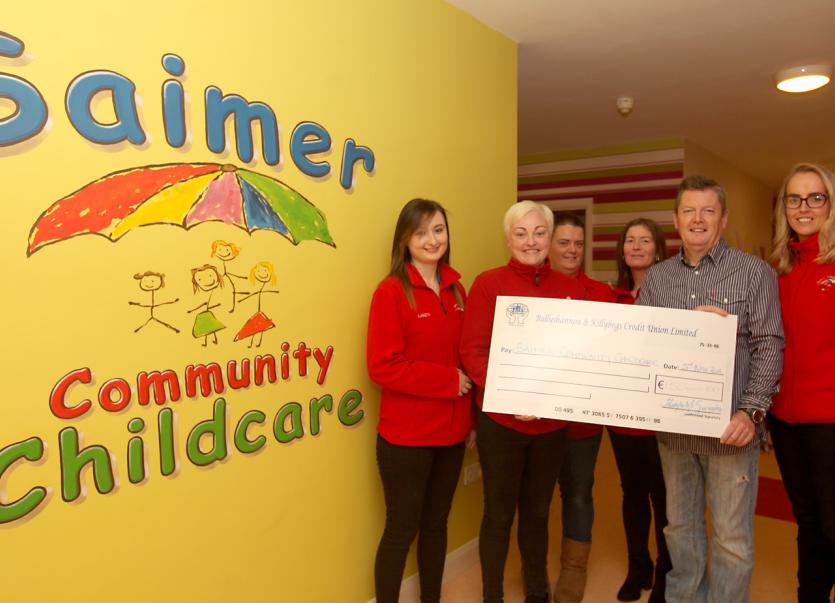 Thomas McGuinness on behalf of Ballyshannon Credit Union, presenting a cheque for Euro 150 to staff members of Saimer Childcare Centre, Ballyshannon who are hosting a 'Stars in Your Eyes' fundraising

Stars in Your Eyes in Ballyshannon

Saimer Childcare Stars in Your Eyes, at Dorrian’s Imperial Hotel, Ballyshannon. Follows the same format as the tv show, locals have been working hard to perfect their acts and the show on Saturday night promises to be revealing. All proceeds to Saimer Community Childcare, Ballyshannon.

A new book called "Canon James McFadden, the Patriot Priest of Gweedore", will be launched in the Parochial Hall, Carrigart on Saturday night at 7pm. The official launch will be performed by Mary Gallagher, Falcarragh, great grandniece of Canon McFadden.

Clannad's Moya Brennan will mark the 1916 centenary with an evening of music, song and the spoken word at Ionad Cois Luiche in Dún Luiche at 8pm on Saturday, November 19th. Moya Brennan is performing with young Gaoth Dobhair musicians, An Crann Og.

Mass of Thanksgiving in Monaghan for Bishop Liam McDaid

The people of Clogher Diocese are invited to attend a Mass for Bishop Liam McDaid on Sunday 20th November at 3pm in St Macartan's Cathedral, Monaghan in recognition of his years of ministry to the diocese.  The Mass will be followed by a reception in the Hillgrove Hotel.  All 37 parishes in the diocese will be represented through participation in the liturgy.

International day of remembrance for victims of road accidents

It's an international day of remembrance recognised by the United Nations set aside for the many people who have died as a result of a road crash.