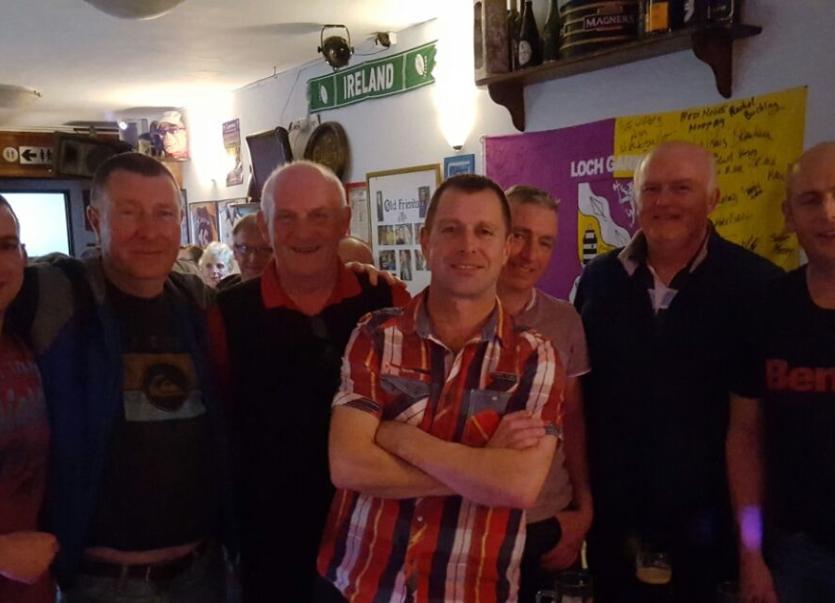 For some fortunate Sheephaven divers the cold Donegal weather has been left far behind, when they jetted off to Lanzarote to enjoy a week of shore-based diving in the sun.

Over the week they can expect air temperature up to 18 degrees Celsius, while in the water the temperature is much the same, just that bit warmer than the best summer temperature they could expect in Ireland.

For two of the travelling party the trip to Lanzarote is a well-deserved reward, as they have recently passed their Instructor Mon 1 written exams and then started into their pool pre-exam training on Thursday evening.

Coincidentally, the trip to Lanzarote was also a chance meeting of past and present Sheephaven club members, when the travelling party met Creeslough man Willie Wilkin. Willie was the first club treasurer when Sheephaven SAC was formed in 1977, a time when generating funds involved collecting weekly subscriptions and there was little or no gear.

Two current club members bridge the gap between then and today, namely Willie Sheridan and Noel Brennan, who were the first club chairman and secretary, respectively. On Sunday morning, as always, these founding fathers were in the water in Portnablagh, where the Sunday morning snorkel party swam across the bay to Killyhoey in temperature conditions radically different to what is being experienced in Lanzarote.

The dive commenced with an extended snorkel to the nearest island and its subsequent circumnavigation, after which the divers descended 20 metres to the seabed and from there, followed a compass bearing back to their original departure point, completing a dive time of 50 minutes.

Considering the water temperature it is not surprising that fish life was quiet, but sponges, anemones and hydroids on this site are present throughout the year and they were on show for the divers to observe as they made their way back to the shore.

All in all not a bad week of diving activities for Sheephaven SAC club members, considering how early it is the year, which bodes well for the year ahead.