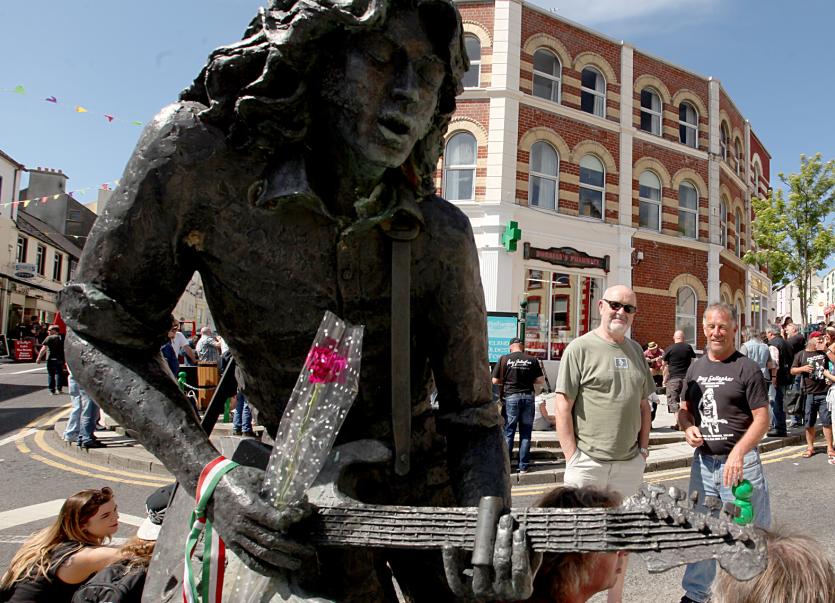 Ballyshannon’s Rory Gallagher International Tribute Festival has been named among the best festivals in Ireland winning the accolade at the Irish Festival Awards for the Best Small Festival for ticketed attendances up to 5,000 people.

The Rory Gallagher International Tribute Festival claimed the award ahead of some 20 other Festivals in its category with “Electric Picnic” winning the Best Major Festival Award.

The Rory Gallagher International Tribute Festival was established in 2002 and since then has firmly become one of the most popular Music Festivals in Ireland, attracting hundreds of overseas visitors and in particular dedicated Rory Gallagher Fans to the North West.

Chairperson and founder of the Rory Gallagher Festival Committee Barry O’Neill has greeted the announcement with delight saying:

“It's absolutely fantastic news for the locality to have the Rory Gallagher Festival named Irish Festival of the Year in the Small Festival Category.

"It’s an honour for the hard working voluntary committee but also we would like to thank the thousands of people who come to Ballyshannon every year to pay tribute to Rory Gallagher. We are looking forward to the 2017 Tribute Festival, with tickets to date sold in 22 Countries across the World.

Speaking from his London home, Donal Gallagher, brother and Manager of the Late Rory Gallagher said that “the news of the success for the Rory Gallagher International Tribute Festival at the Irish Festival Awards is well deserved and Rory’s fans will be in particular very pleased by this news. I congratulate all the committee members on a fantastic achievement, it’s a truly amazing result and would mean so much to Rory. Ballyshannon have over the past 15 years ensured that Rory’s music and legacy remains strong and has became a focal point for thousands of Rory’s fans from all over the world to meet on annual basis, we are so proud of this award”.