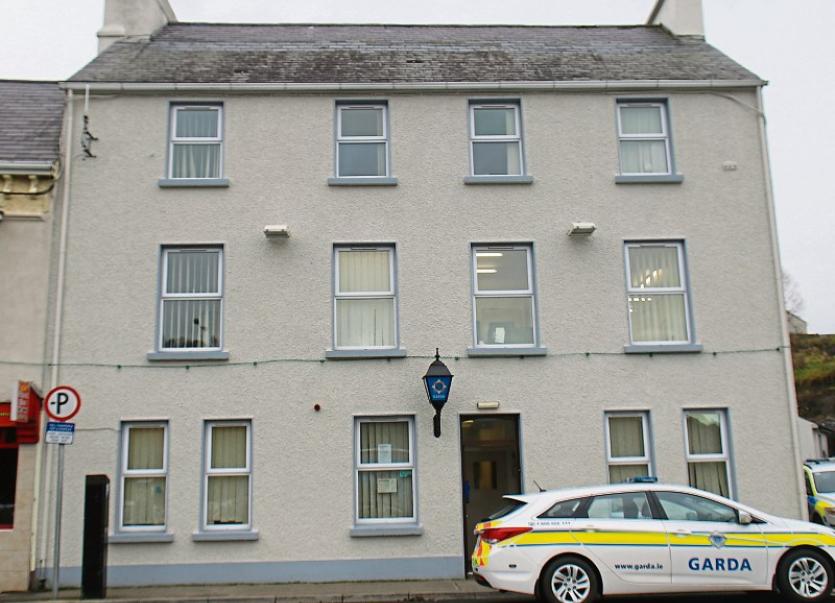 Deep concern has been expressed at the falling number of gardaí in Donegal town after two gardaí were recently transferred to other stations.
In the last six years numbers at the Donegal town station have fallen by almost 50 per cent from 37 in 2009 to 20 today. Gardaí at the station are deeply concerned and have said that it is increasingly difficult to manage all the rosters.
One garda source in the town said: “It is worth stressing that in these 20 members, sergeants, detectives, traffic corps and junior liaison officers are included.”
Garda Brendan O’Connor of the Garda Representative Association told the Democrat: “The numbers speak for themselves and it is a worrying situation. There simply is no fresh blood coming into the Ballyshannon district with the result that transfers and promotions cannot be replaced, with the result that garda numbers are falling countywide.
“An aggravating factor is that with the merging of the Glenties District, gardaí in south Donegal have to cover an area stretching from Bundoran to the Gweebarra Bridge.
“It is now not uncommon to see a patrol car manned by only one member - this is not safe practice.”
Garda O’Connor continued: “All the resources are being pumped into the Dublin area - the local district office is not being given the budget or the resources to provide effective policing.
“The traffic corps has been downgraded with those dedicated to traffic now assisting in normal duties.
“For several years we have been asking a simple question: 'How many gardaí does it take to police the country?' We just cannot get an answer - nobody seems to be able to quantify the number.
“Like all operations or commercial companies we have to factor in injuries, maternity leave, sickness and holiday leave - at present we are just operating on a skeleton crew.”